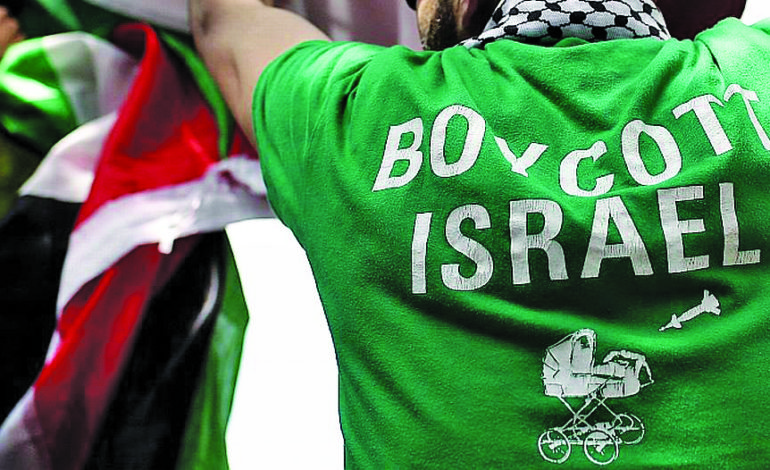 Back in 2016, without debate or an actual vote, the U.S. Senate stealthily passed a disturbing and dangerous piece of legislation called “The Anti-Semitism Awareness Act of 2016” (AAA). The bill would have required the Department of Education (ED) to apply a State Department (DOS) working definition of anti-Semitism in evaluating complaints of discrimination on U.S. campuses. Because some conservative members of Congress had concerns that the legislation would violate free speech, AAA didn’t pass the House and died.

Last week, the bill was reintroduced with minor changes. As I wrote back in 2016, the AAA was (and still is) “dumb and dangerous.” Far from being designed to combat anti-Semitism, it is a thinly veiled effort to inhibit pro-Palestinian activism on college campuses — something that the pro-Israel organizations who helped write the bill have acknowledged. 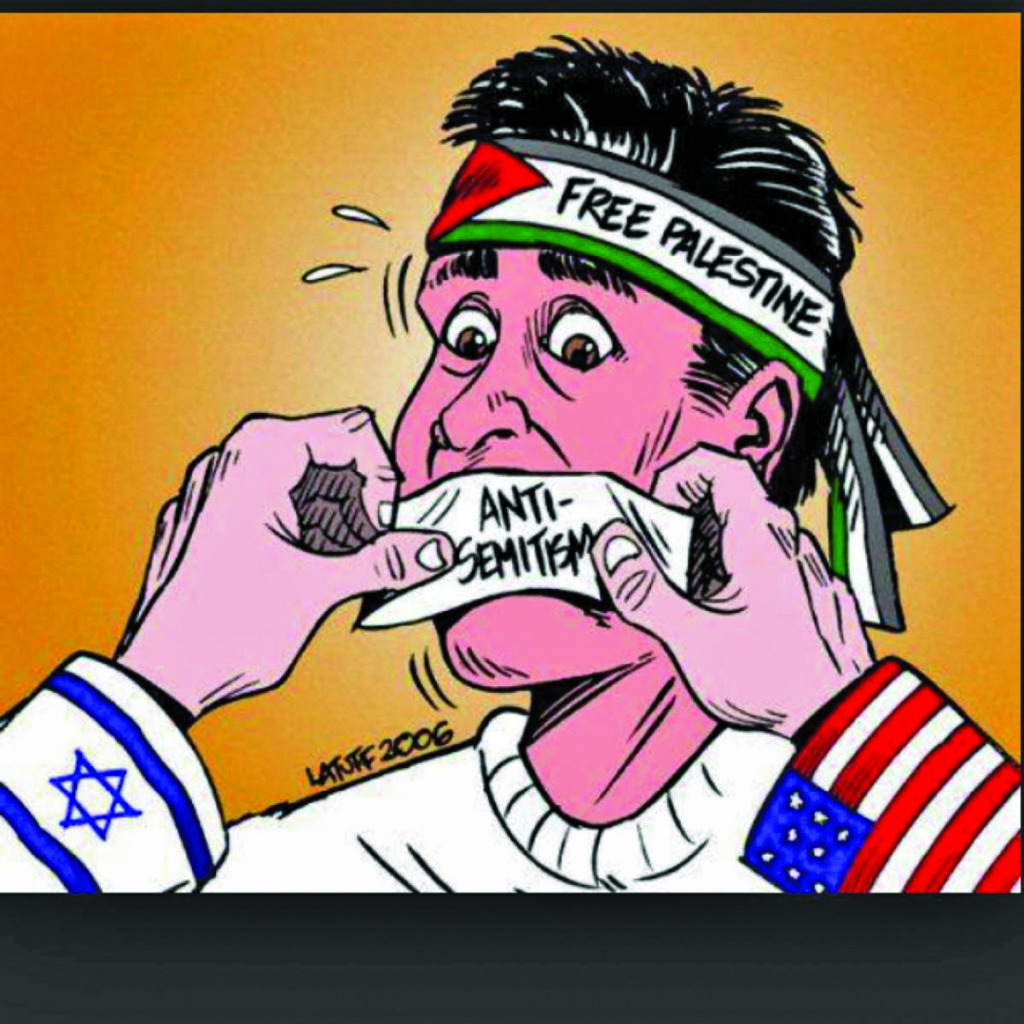 What we don’t need is a ham-fisted effort by government to silence debate, which will only create more hostility and less civility.

Here’s why the AAA is “dumb and dangerous”:

The working definition of anti-Semitism advanced by the legislation was designed to help officials monitor anti-Semitism abroad. It was not intended to be applied to police speech on college campuses here in the U.S.

In developing the definition and guidance, the DOS adopted language used by the European Union Monitoring Center on Racism and Xenophobia (EUMC):

This description of anti-Semitism is both correct and instructive, as are several examples of contemporary anti-Semitism mentioned in the guidance, including, “accusing Jews, as a people, of being responsible for real or imagined wrongdoing committed by a single Jewish person or group, the State of Israel or even for acts committed by non-Jews”; or “making mendacious, dehumanizing, demonizing or stereotypical allegations about Jews — or the power of Jews — as a collective.”

These and other examples cited in the guidance are objectively anti-Semitic and patently wrong.

Where the guidance goes “off the rails” is when they try to expand the definition to include “anti-Semitism relative to Israel”, citing, as examples, speech that demonizes or delegitimizes Israel or that applies a double standard to Israel. The example given for applying a “double standard for Israel” is “requiring…behavior [of Israel] not expected or demanded of any other democratic nation.”

With this expansion of the definition of anti-Semitism, the guidance becomes both subjective and open to dangerous abuse by those who would use it to silence criticism of Israel.

This language is so vague and open to interpretation that when the University of California Board of Regents was being pressed to apply the working definition to California campuses, the lead author of the EUMC definition of anti-Semitism objected, pointing out the dangers this would present to free speech, saying that, “enshrining such a definition on a college campus is an ill-advised idea that will make matters worse; and not only for Jewish students; it would also damage the university as a whole.”

The American Civil Liberties Union (ACLU) has added that, “If this bill becomes law, political speech critical of Israel will likely be censored…colleges and universities may suppress a wide variety of speech critical of Israel or in support of Palestinian rights in an effort to avoid investigations by the Department [of Education] and the potential loss of funding.”

If the bill is dangerous and even unnecessary, then why was it introduced? Reading the “fact sheet” attached to the legislation revealed the AAA’s sinister political intent — silencing campus student movements and activities that are critical of Israel, in particular the Boycott, Divestment and Sanction movement (BDS). Seen in this light, the AAA is but an extension of other legislative efforts in Congress and 24 states to either ban or penalize individuals or entities that participate in any forms of BDS against the State of Israel (In a new development, a number of states have either passed or are considering versions of the AAA).

All of this is wrong on so many levels. It has the government unfairly influencing a debate that is taking place on college campuses weighing in to support one side, while threatening the other side if it crosses an undefined and arbitrary line.

These efforts tell Palestinian and progressive Jewish students that their speech will be policed and that they may be subject to penalties. If students were to call Israeli Prime Minister Netanyahu “a monster” or accuse him and the Israeli military of “a barbaric assault on Gaza” — would they be accused of “demonizing”? Or what if students spoke about Israel’s 1948 “ethnic cleansing” of Palestinians or focused their political work on criticizing Israel’s occupation of Palestinian lands, but said nothing about (or maybe didn’t even care to know about) Turkey’s occupation in Cyprus or Russia’s in Crimea and Eastern Ukraine — could they be charged with delegitimizing Israel or applying a “double standard”?

At the same time that these efforts will act to intimidate and silence pro-Palestinian activity on campuses, they will also serve to embolden pro-Israel student groups to file repeated and frivolous complaints against pro-Palestinian organizations and professors, while diluting and distraction attention from real anti-Semitism when it rears its ugly head.

What I find most ironic here is the degree to which this entire discussion has turned reality upside down. I understand awful and hurtful things have been said and that some pro-Israel students may feel “uncomfortable” in some instances, or that the BDS debate on their campuses may make them feel like they are in a “hostile” environment. But it is inexcusable to ignore the harassment and threats and defamation endured by students who are advocating for Palestinian rights. Oftentimes, they are the ones operating in a hostile environment. They are the ones targeted by well-funded campaigns and subjected to threats and harassment. And when Arab Americans write opinion pieces in school newspapers, the comments’ sections are filled with bigotry and hate.

The bottom line is that there are times when the debate has become ugly and students on all sides have crossed the line. When this occurs, what universities should be addressing is the need for greater civility in our political discourse and helping to create an environment that encourages openness to debating controversial issues. That’s what we need. What we don’t need is a ham-fisted effort by government to silence debate, which will only create more hostility and less civility.

Compounding my concern with the AAA is the fact that last week the Senate, in a straight partisan vote (50 Republicans “for”, 46 Democrats “against”), confirmed Kenneth Marcus as the ED’s assistant secretary for civil rights — the office that will investigate and sanction colleges and universities found in violation of the AAA’s definition of anti-Semitism.

According to the ACLU, during his time heading a group that monitored anti-Semitism, Marcus encouraged Jewish student groups to file complaints with the ED, “precisely because they pressure schools to suppress speech critical of Israel.” If the AAA becomes law, with Marcus at ED enforcing its provisions, it will be rough sailing for free speech and open debate about the Israel-Palestinian conflict on U.S. campuses — which is exactly outcome the AAA’s sponsors intended.

James Zogby is the president of the Arab Ame