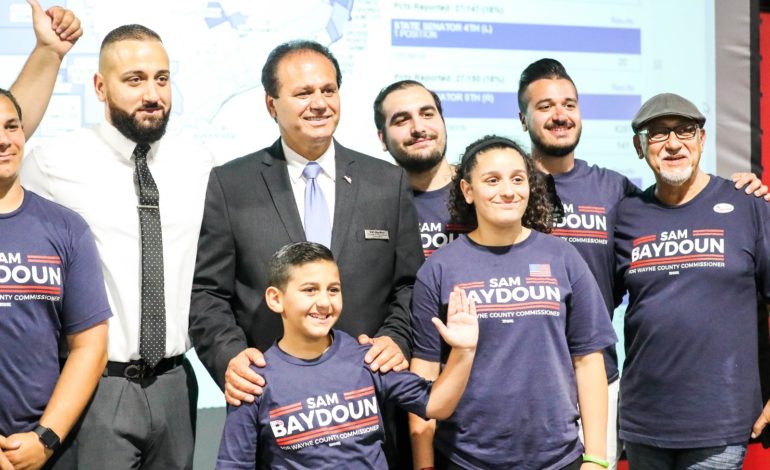 Sam Baydoun with family and friends at his victory party in Dearborn. - Photo by The AANews

Baydoun, 54, sought the seat being vacated by Commission Chairman Gary Woronchak, who mounted an unsuccessful run for State Senate. Woronchak’s term will end in January.

For many years, Baydoun has worked as as associate broker at the Dearborn-based Century 21 Curran & Christie realtor organization. He has also served as the federal coordinator for the National Association of Realtors.

A total of 16,755 people voted in the district, which includes Dearborn and Allen Park.

Stone congratulated Baydoun on running an excellent campaign and expressed the importance of supporting each other leading up to the November election.

“Now we must work together as Democrats to ensure victory in November,” he said. 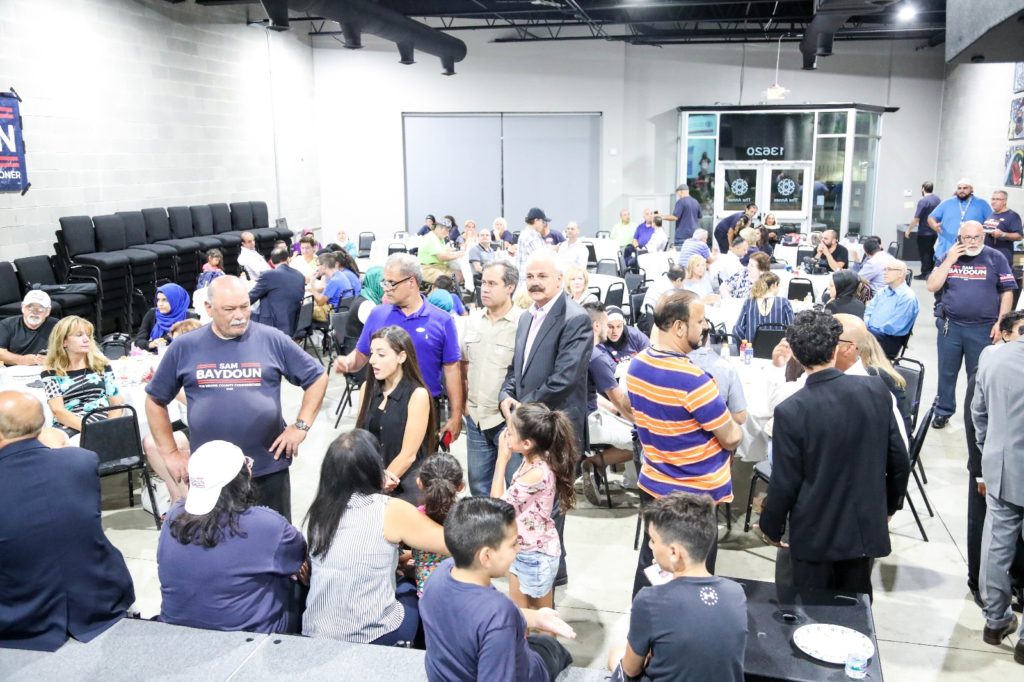 As a commissioner, Baydoun would serve as a member of the county’s legislative branch, making decisions on behalf of Dearborn, Allen Park and the county as a whole.

Baydoun’s daughters Angela and Liliana expressed their gratitude towards their father and spoke out on his dedication to his family and community.

“He truly is a fighter and a champion, and that is what we want for Wayne County Commissioner,” Liliana Baydoun said as she welcomed her father to the stage. “Dad, I have watched you juggle everything from this campaign to your real estate career to our family.”

Baydoun thanked all of the residents of Dearborn and Allen Park for exercising their civic right to vote in the primary elections.

He also gave special thanks to his friends, family members, community, volunteers, reporters and his campaign manager for helping him deliver his message. He expressed his gratitude towards the audience members and named them as the reason why he is the Democratic nominee for Wayne County Commissioner.

“I am so incredibly thankful to all of you,” he said. “Our grassroots campaign relied on your support for donations, for making calls, standing at the polls and knocking on doors. You helped deliver our message to thousands of residents.” 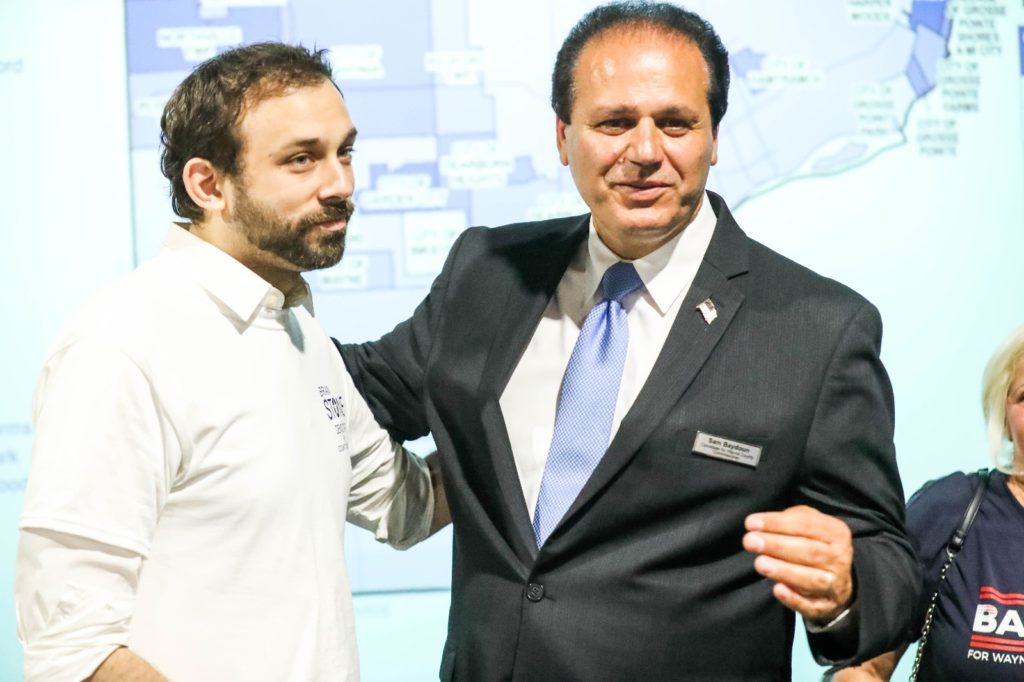 Baydoun has had a great career in real estate and public service and he said that he will continue to give back to his community.