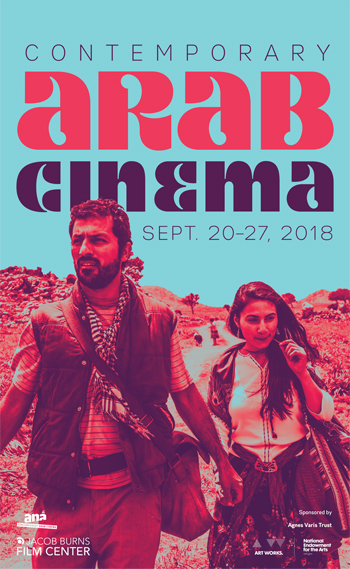 This year’s selections reflect the diversity of the multifaceted situations and feelings Arab directors have within their cultural and political environments, including views of a complex world, filled with challenges but also music, joy and family drama that isn’t often showcased.

The Contemporary Arab Cinema series is curated by Lina Matta, a Lebanese American based in Dubai. She is the director of MBC Group’s TV channels 2, 4, Max and Variety. She has programmed this series for the JBFC since 2012.

Kicking off opening night on Sept 20, the JBFC will be showing “Wajib”, shot in the Biblical city of Nazareth. The family comedy-drama will be the third time filmmaker Annemarie Jacir’s work was chosen as Palestine’s submission for the Best Foreign Language Oscar.

The film brought home more than a dozen awards at film festivals from Dubai to London. After the movie, JBFC will hold a Q&A with Jacir via Skype, followed by a reception.

On Sept. 20, “The Man Behind the Microphone” reveals the story behind a man and his music. The film offers fascinating insights into Tunisia’s cultural evolution by building a profound portrait of the godfather of Tunisian music, Hedi Jouini, who was father to a nation, yet not to his family.

Jouini, who died in 1990, was the most popular musical star in Tunisian history.

“Zagros”, showing on Sept. 26, features a shepherd stunned to learn that his family accused his wife of infidelity and that she is leaving their simple life in Kurdistan, taking their daughter to live in Brussels.

Convinced of her innocence, Zagros leaves his family behind to join them. But starting a new life in a strange city is filled with challenges.

The film will be followed by a Q&A with filmmaker Sahim Omar Kalifa, who was chosen as Best Kurdish Film Director in Istanbul in 2014 and was invited to become a voting member of the Academy Awards in 2016. “Zagros” is his first feature film.

For the entire schedule, visit burnsfilmcenter.org.