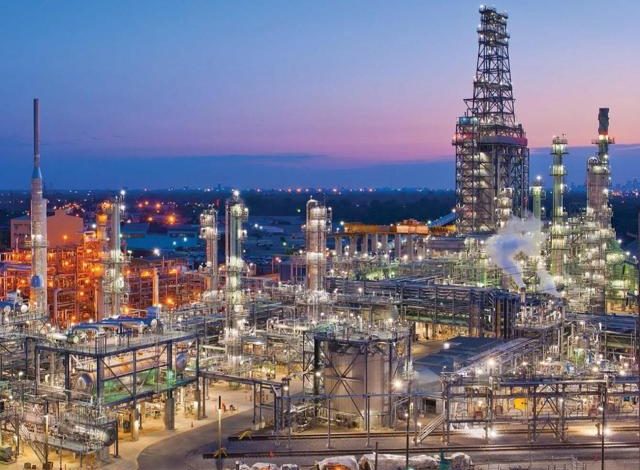 A gas refinery in Detroit. Photo via Marathon.

DETROIT — A mysterious odor became prevalent across metro Detroit on Sunday morning due to a refinery flare on the south end of the city here, leading to an apology from the company and a critical response from state Rep. Abdullah Hammoud, who called it “unacceptable.”

“Marathon Petroleum has determined that the source of the odor is a flare at the refinery that is not functioning properly and needs to be repaired,” the company said in a statement.

“In order to make repairs, we must deactivate the flare. Flares are safety devices that allow us to safely combust excess materials at the refinery, and we are working on deactivating the flare as safely and quickly as possible.”

Hammoud, who represents Dearborn including its south end, which is heavily polluted from refineries and other industry, had the following to say on Facebook.

“The air quality in our neighborhoods is UNACCEPTABLE!” he said. “It is unacceptable that our asthma rates are 2-4x higher than the state average; that residents are forced to suffer foul odors; that our air quality standards are poor; that corporate polluters are not held accountable.

“We’ll continue the fight for clean air and look forward to joining hands with others in the community to take action on this matter,” he added.

According to Jamal T. Kheiry, communications manager for marathon, the company will be keeping government agencies and first responders informed on the release, which happened near the city of Melvindale, and will make air quality recordings available to regulatory agencies, according to a report from the Detroit Free Press.

“We apologize to the community for the odor and the inconvenience. Our highest priority is the safety of the community where we operate and those who work at our refinery. We will continue to work as safely and quickly as possible to resolve this matter. We are conducting a thorough investigation to determine what caused this release, and we will implement the necessary corrective actions so that this does not happen again,” Kheiry said in a statement.

“We’ll continue the fight for clean air and look forward to joining hands with others in the community to take action on this matter,” Hammoud also said on Facebook.