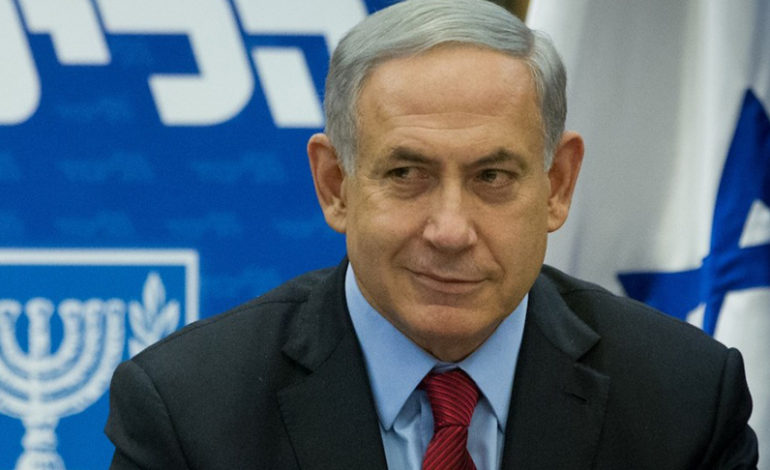 Benjamin Netanyahu has gone way too far to the right, and his political career is finally now careening toward its dramatic end as a result

After all these years, we are now seeing politically what followers of the cruel occupation of Palestine have known for many years: Benjamin Netanyahu has gone way too far to the right, and his political career is finally now careening toward its dramatic end as a result.

The Israeli prime minister has been indicted in three cases against him on charges of accepting bribes, fraud and breach of trust, with a hearing scheduled for after the April 9 elections.

But the story behind the story is that the Israeli prime minister has been losing support across the board over his increasing support for the racist right.

Netanyahu has been quietly aligning himself with the most fervently extremist anti-Arab forces in Israel, including members of the far-right Otzma Yehudit, or Jewish Power movement, which was founded in 2012 and has strong ties going back to an extremist leader, Meir Kahane, an openly racist American rabbi who immigrated to Israel and won a seat in the Israeli Knesset.

Kahane’s fiery anti-Arab rhetoric was so enraging to fellow lawmakers that nearly all of them walked out whenever he rose to speak, as noted by the Los Angeles Times. Kahane was assassinated in 1990, but the spirit of his outlawed party lives on in the far-right party Otzma Yehudit, or Jewish Power.

Netanyahu has denied any wrongdoing as part of the corruption scandal, but the writing is on the wall: His days are numbered.

He’s losing support everywhere from the United States to his own backyard, and sliding down the same slippery slope as his racist predecessors.

His ongoing shift to hard-line nationalist politics, his inability to find common ground with former President Obama and his refusal to negotiate with Palestinians while simultaneously brutalizing them militarily are all being exposed for the world to see, so much so that he’s been forced to practically buy support even from local media, as has been reported recently.

His move to embrace the Israeli hardline right smacks of desperation; and even the mainstream media can see it, criticizing Netanyahu in a barrage of headlines that could erode what little support he has left.

Even the powerful pro-Israel AIPAC lobby in the U.S. has criticized Netanyahu’s latest moves, a rarity for an organization that never criticizes Israel’s government.

With challenger Benny Gantz predicted to take down Netanyahu in April, it appears this is how Bibi’s reign of terror, fraud and corruption will end.

He’s gone too far right for his own good and could very well be done in by the same forces that have helped cover up his crimes for far too long.