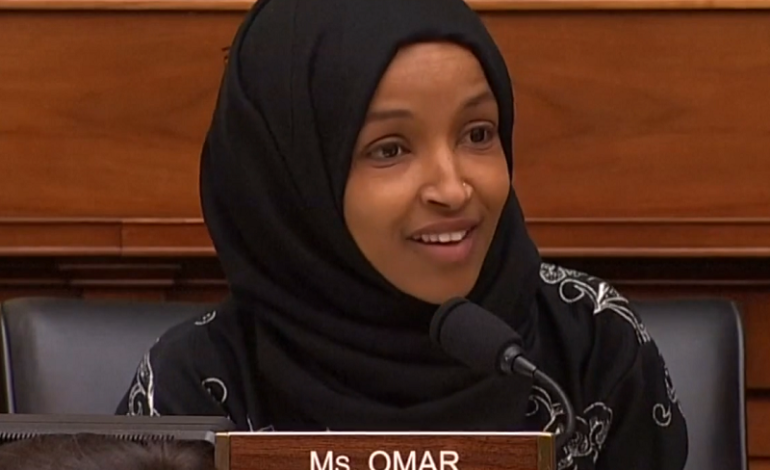 The final vote was 407-23, with all “no” votes coming from Republicans and Iowa Republican Rep. Steve King, who was previously stripped of his committee assignments this year for bigoted comments, voting “present.”

The resolution states the following: “Whether from the political right, center, or left, bigotry, discrimination, oppression, racism, and imputations of dual loyalty threaten American democracy and have no place in American political discourse”, while evoking White supremacist attacks in Charlottesville, Va., Charleston, S.C., and Pittsburgh as well as numerous attacks on Muslims and mosques, a New York Times report said.

The resolution was an adapted version of an earlier one, which Michigan U.S. Rep. Debbie Dingell (D-Dearborn) did not support on grounds that it did not strike a balance between condemning anti-Semitism and Islamophobia and other similar forms of rhetoric.

Allegations of anti-Semitism have been in the spotlight recently in large part because of the United States’ first two Muslim American congresswomen, Rashida Tlaib (D-MI) and Ilhan Omar (D-MN), who have been accused over their candid remarks about the pro-Israel lobby as well as Israel’s occupation of Palestine.

Omar’s comments that activists were pushing “for allegiance to a foreign country (Israel)” also fueled the debate.

“We will not be divided by fear and hatred,” Dingell said in a press release. “Anti-Semitism is unacceptable and will not be tolerated by me or others in the Congress. Equally as unacceptable is Islamophobic rhetoric that threatens many of my Muslim neighbors and is far too common today. I voted in favor of the resolution on the House floor because of those reasons.”

Dingell said she worked with her colleagues to change the first resolution, adding that she has seen first hand how friends, neighbors and community members in her Dearborn area district have been targeted over their ethnicity and religion.

“The first resolution which was circulated did not strike this balance,” she said. “Which is why I could not support it and worked with my colleagues to change it.

“We cannot stifle free speech in this country or allow ourselves to be divided by fear and hatred,” she added. “Throughout the course of our country’s history, language that is racist, sexist, intolerant, prejudiced or discriminatory has divided and pitted us against each other.

“Divided we fall, united we stand. We must rise against it and stand together.”

“Today is historic on many fronts,” the statement read. “It’s the first time we have voted on a resolution condemning Anti-Muslim bigotry in our nation’s history. Anti-Muslim crimes have increased 99 percent from 2014-2016 and are still on the rise.

“We are tremendously proud to be part of a body that has put forth a condemnation of all forms of bigotry, including anti-Semitism, racism and White supremacy. At a time when extremism is on the rise, we must explicitly denounce religious intolerance of all kinds and acknowledge the pain felt by all communities. Our nation is having a difficult conversation and we believe this is great progress.”

The new legislation was aided in large part by support from progressives and the Congressional Black Caucus.

“Words matter, and prejudicial or discriminatory rhetoric is dangerous and has no place in our America democracy,” she wrote.

“The tone of the nation starts from the top; and we as leaders must prioritize this condemnation not in text or spoken words alone, but they must also be exemplified in our actions.”

The resolution’s passing was preceded by an emotional week of debate over Omar’s prior remarks on the influence of the powerful American Israeli Public Affairs Committee (AIPAC), remarks which were condemned as anti-Semitism by some Republican and pro-Israel organizations.

“Why are we unable to singularly condemn anti-Semitism?” Rep. Ted Deutch (D-FL) asked, noting the reason for the debate (Omar’s comments). “Why can’t we call it anti-Semitism and show we’ve learned the lessons of history?”

The resolution details the “insidious and pernicious history” of accusations of dual loyalty, including discrimination against Muslims after 9/11, the internment of Japanese Americans during World War II, questions about John F. Kennedy’s Roman Catholic faith and the Dreyfus Affair in which Jewish-French artillery captain Alfred Dreyfus was falsely convicted of passing secrets to Germany based on his Jewish background.

“White supremacists in the United States have exploited and continue to exploit bigotry and weaponize hate for political gain, targeting traditionally persecuted peoples, including African Americans, Native Americans and other people of color, Jews, Muslims, Hindus, Sikhs, immigrants and others with verbal attacks, incitement, and violence,” the resolution states, condemning bigotry in all forms.