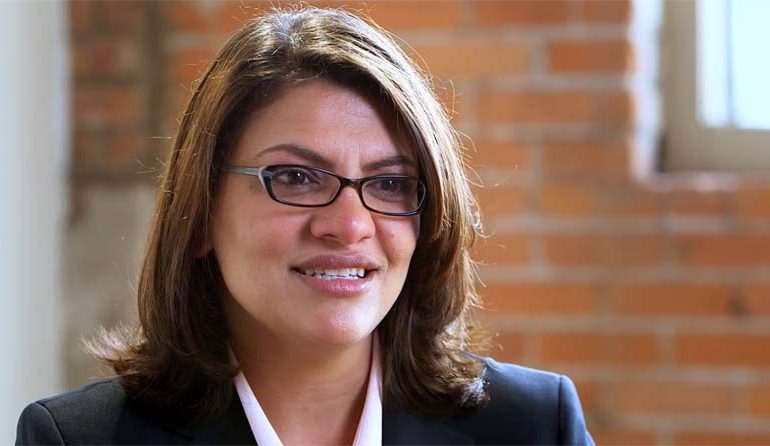 WASHINGTON, D.C. — U.S. Rep. Rashida Tlaib (D-Detroit) called out Congress over its culture of Islamophobia on Sunday, saying she believes it “is still very present on both sides of the aisle” in Congress, according to a report from CNN.com.

The remark came amid a discussion on criticism aimed at  Rep. Ilhan Omar (D-MN), who joined Tlaib as the first two Muslim American congresswomen after winning her seat in Minnesota this past fall.

“I pause and think to myself ‘is it because she’s a Black American and she’s Muslim?'” Tlaib said to CNN’s Jake Tapper on the network’s “State of the Union” talk show. “And so that’s where I pause and say to myself, ‘Is there an issue here?’ And I guess our mere presence there, the fact that now there’s not only one but three Muslim Americans serving in Congress, is going to able to possibly break down any of these kinds of racialized opinions, this kind of Islamophobia that I do feel like is still very present on both sides of the aisle.”

She added that she thinks her colleagues are not seeing that as an attack.

“It’s just saying that we just have a lot of work to do,” she said. “And I can tell you I’ve been there long enough to see that there are some issues there — again, on the other side of the aisle — that continue to be held — they’re being held unaccountable.”

Omar has faced death threats because of her strong, unyielding stances on controversial topics including Israel and the AIPAC lobbying organization; and Tlaib revealed at an event Sunday in Dearborn that she recently received a new one as well.

Tlaib also said that she and Omar simply want to be heard and want to be seen beyond what kinds of labels others put on them, and that she believes they have become easier targets because of their outspokenness.

Andre Carson, an Indiana Democrat who has been a member of Congress since 2008,  is also a Muslim. The three Congresspeople have formed an alliance as they take on and shed light on controversial issues on Capitol Hill.