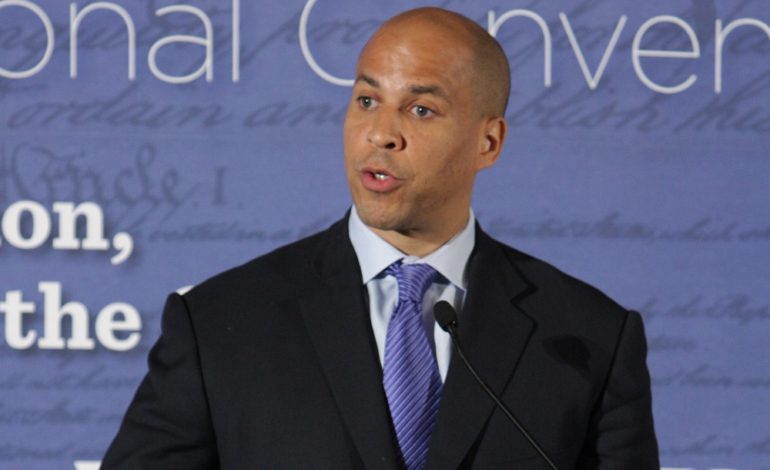 WASHINGTON, D.C. — Presidential candidate Cory Booker has been revealed as a strong supporter of  the American-Israel Affairs Committee (AIPAC) as well as controversial anti-BDS legislation, according to a leaked recording obtained by The Intercept.

During the recording, which was confirmed by a spokesperson from the Booker campaign, the Democratic senator from New Jersey and 2020 presidential hopeful can be heard thanking AIPAC president Mort Fridman for his “leadership and friendship,” later adding that he and Fridman “talk often” and “text message back and forth like teenagers.” Booker’s comments during the 35-minute recording did not appear on a schedule of on-the-record events for journalists.

During the conference, Booker spoke to thousands of activists and AIPAC members at the organization’s annual policy conference here, which culminated in lobbying efforts on Capitol Hill.

According to OpenSecrets.com, AIPAC spent more than $3.5 million in lobbying alone in 2018.

Last week, the progressive advocacy group MoveOn called on 2020 candidates to skip the conference, and at least five of the Democrats also declined to attend.

The full recording can be heard on The Intercept’s website.

The speech focused mostly on combating the nationwide rise in bigotry and anti-Semitism, during which Booker cited the FBI’s finding than from 2016 to 2017, hate crimes in New Jersey alone rose by 76 percent.

While describing anti-Semitism as a serious issue, Booker brought up recent legislation aimed at punishing supporters of the Boycott, Divestment and Sanctions global movement, which has the goal of forcing Israel to end its human rights violations and military occupation of Palestinian territories.

“Let me be clear,” Booker said. “Anti-Semitism is un-American. It is anti-American. It violates, most deeply, our commonly held values, and we must take steps on the global stage against vicious acts that target hatred. That is why I’m a co-sponsor of Senate Bill 720, the Israel Anti-Boycott Act, which opposes international efforts to encourage BDS while protecting First Amendment rights.”

The Israeli Anti-Boycott Act passed the Senate in early February, and soon awaits a vote in the House of Representatives. Introduced by senators Ben Cardin (D-MN) and Rob Portman (R-OH), the Act would change U.S export law to discourage U.S. companies from joining international organizations in boycotting Israel.

But the bill has been opposed by the ACLU and other progressive organizations, who originally said that it may be interpreted to enforce criminal penalties for nonviolent activism. The bill was changed to reflect those concerns, but it remains controversial because of its stance against free speech in the United States on behalf of a foreign entity.