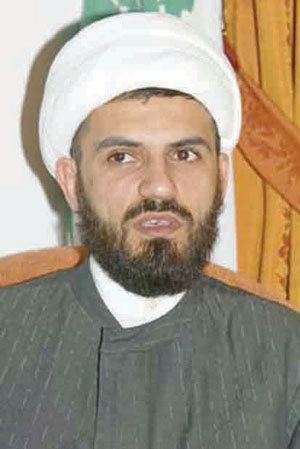 DEARBORN — The Dearborn-based Shia cleric Mohammad Hajj Hassan, who is the so called leader of the Free Shia Movement, has been the center of controversy following the release of pictures on social media that show him naked and allegedly indulging in adulterous sexual activity.

In an interview with Lebanese television host Neshan Derharotyonaan, who’s better known as “Neshan”, Hajj Hassan did not deny that he is depicted in the photos.

“Regardless of whether it’s right or wrong, everyone is entitled to their privacy,” Hajj Hassan said. “It is now being handled by the court.”

In response to Neshan’s statement that leaking the pictures was a “scandal”, Hajj Hassan said, “The real scandal is the small-minded people who claim to be religious and campaigned against me after my claims in my previous interview with you.

“It is clear that this campaign against me has been launched because of my views that they don’t like,” he added. “The issue today is not that of pictures; it’s the exploitation of people…it’s a universal problem. 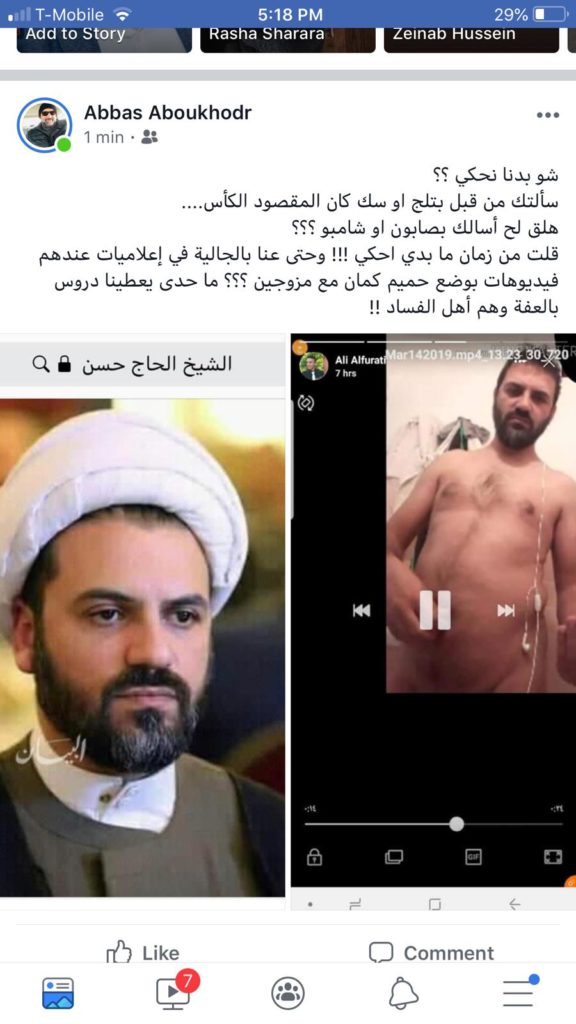 Neshan asked Hajj Hassan how the pictures would affect his followers [because he is supposedly a religious figure] among the Shia sect.

“You are a representative of the Muslim faith,” Neshan said. “Shouldn’t a person who defies the laws of religion stop preaching it?”

“I don’t care about their opinions or what they think,” Hajj Hassan replied. “And I do not have anything to add today to what I have already said.”

When Neshan referenced alleged threats Hajj Hassan had received about possible nude videos, he replied that he’d “send them a new video if that pleases them.”

He didn’t question the authenticity of the pictures and didn’t deny what they showed. He said “he is not affected” and proceeded to point fingers at the person who released the photos, calling it a vicious attack on him.

“If anyone has a problem with what I say, sue me,” he said.

“I am more than that because a true leader is one who faces situations naturally,” he said when asked if he still sees himself as a role model who can lead his followers from the religious community. “They can start all the campaigns they want against me, I will not change my religious or political views.”

Hassan did not give a direct response to Neshan’s question regarding whether the pictures are authentic or fabricated.

The Supreme Islamic Shia Council based in Beirut, Lebanon, and considered the highest body of the Shias of Lebanon and an official entity meant to give the Lebanese Shia more say in government, issued a strong condemnation against Hajj Hassan on Thursday and called for stripping him of his religious garb and status, claiming that “he isn’t fit to be a religious figure”, according to the statement released by the Council. The Council also called for an official investigation of Hajj Hassan by the Lebanese authority, accusing him of impersonating a religious Shia cleric.

You can find the link to Neshan’s interview in Arabic at https://www.aljadeed.tv/arabic/news/news-reports/2804201915