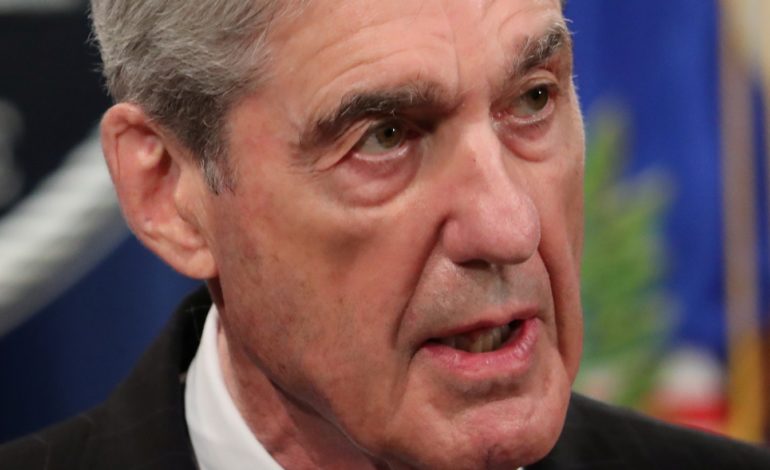 Special Counsel Robert Mueller makes a statement on his investigation into Russian interference in the 2016 U.S. presidential election at the Justice Department in Washington, D.C., May 29. -REUTERS

WASHINGTON, D.C. — Special Counsel Robert Mueller said on Wednesday his probe into Russian interference in the 2016 election was never going to end with criminal charges against President Trump, but he did not clear him and indicated it was up to Congress to decide whether he should be impeached.

In his first public comments since starting the investigation in May 2017, Mueller said Justice Department policy prevented him from bringing charges against a sitting president or filing sealed charges, telling reporters it was “not an option we would consider.”

But he also said his two-year investigation did not clear Trump of improper behavior and, while he did not use the word “impeachment”, he pointed out there were other ways to hold presidents accountable.

“The Constitution requires a process other than the criminal justice system to formally accuse a sitting president of wrongdoing,” Mueller said as he announced his resignation from the Justice Department.

Congressional Democrats are debating whether to try to move ahead with impeachment in the Democratic-majority U.S. House of Representatives, even though the Republican-controlled Senate would be unlikely to complete the process outlined in the U.S. Constitution for removing a president from office by convicting him.

The White House and several top Republicans responded to Mueller’s comments on Wednesday by saying it was time to move on to other matters, while several candidates for the Democratic presidential nomination called for impeachment. 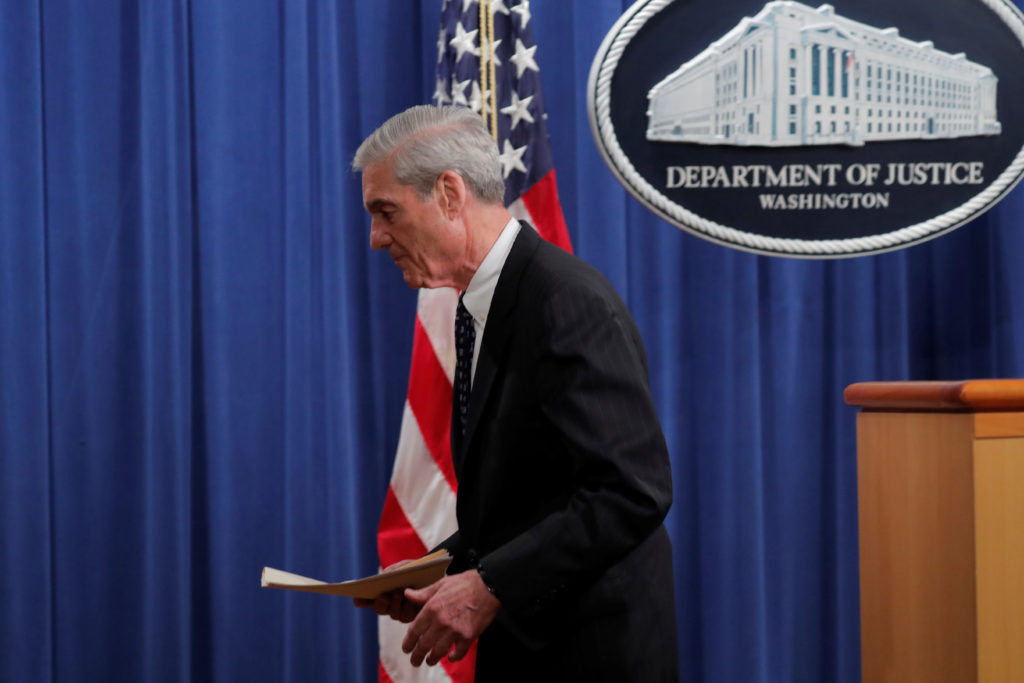 Special Counsel Robert Mueller departs after delivering a statement on his investigation into Russian interference in the 2016 U.S. presidential election at the Justice Department in Washington, D.C., May 29. REUTERS

One candidate, U.S. Senator Kamala Harris, wrote on Twitter, “What Robert Mueller basically did was return an impeachment referral.”

Calls to launch impeachment proceedings against Trump have grown among some Democrats, who have been frustrated by White House efforts to thwart congressional subpoenas seeking records and testimony related to the Russia investigation and other matters related to Trump and his family.

House Speaker Nancy Pelosi has been more cautious and is arguing that lawmakers should push ahead with their investigations before deciding whether to impeach Trump.

“Nothing is off the table, but we do want to make such a compelling case, such an ironclad case, that even the Republican Senate, which at the time seems to be not an objective jury, will be convinced of the path that we have to take as a country,” she said at a San Francisco event. On Wednesday she said she was sticking with that plan.

Mueller’s report declined to make a judgment on whether Trump obstructed justice, although it outlined 10 instances in which Trump tried to have Mueller fired or otherwise impede the investigation.

Matthew Jacobs, a former federal prosecutor, said he thought Mueller was, “saying in his own way that a crime was committed.”

A source close to Trump said the Mueller statement amounted to a “bad day for the home team.”

“Mueller’s statement today was a direct assault on the president,” said the source, who spoke on condition of anonymity. “And it will only empower the Democrats to be bolder and more aggressive in their move to impeach him.”

Mueller, a Republican who headed the FBI from 2001 to 2013, said he would not elaborate beyond what was contained in his 448-page report, signaling to Democrats that he was unlikely to provide them more ammunition for impeachment if he were to testify to a congressional committee.

Mueller, 74, said his office is formally closing its doors and he is now returning to life as a private citizen.

“Beyond what I’ve said here today and what is contained in our written work, I do not believe it is appropriate for me to speak further,” he said, adding that he would not go beyond what was in his report in any future testimony to Congress.

He did not take questions after making his statement.