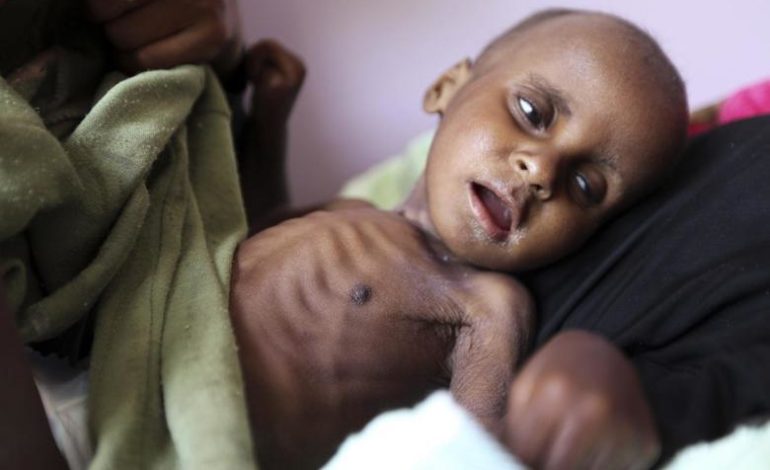 The death toll in Yemen could reach 233,000 by the year 2020 as part of what the United Nations calls “humanity’s greatest preventable disaster”, a 60-page report has said.

Sixty percent of the projected death toll could be children under the age of 5, according to the report, titled “Assessing the impact of war on development in Yemen.”

The projected death count includes 102,000 killed in combat and 131,000 who are projected to die due to a lack of food, health services and infrastructure in the war, and represents a significant increase on the latest death toll compiled by the global mapping group the Armed Conflict Location and Event Data Project (ACLED), which said last week that 70,000 people have died in the war since 2016.

According to the U.N., more than 24 million people, or 80 percent of the country, now rely on humanitarian aid, while 13 million are at risk of starvation.

The report added that the conflict was morphing into a “war on children”, with one child dying every 12 minutes within Yemen’s borders.

By 2022 more than 330,000 children could be killed, which would account for nearly 70 percent of the total war death toll.