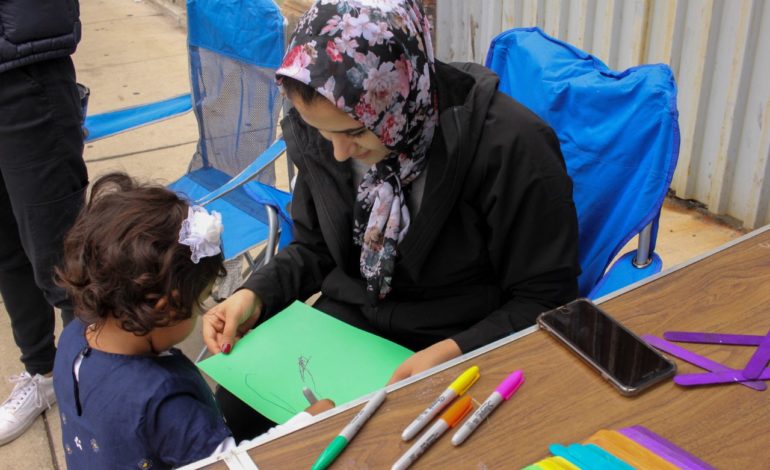 Zienab Fahs works with a child as part of her Challenge Detroit fellowship.

DETROIT — One of the biggest challenges facing the “Motor City” in recent years as it continues yet another renaissance has been the tendency for talented young professionals to leave the city.

In response, Doyle Mosher and Deirdre Groves founded Challenge Detroit in 2008, in hopes of keeping the area’s brightest and best from leaving the region.

Challenge Detroit originally brought together 75 of the region’s top entrepreneurs and entrepreneurial thinkers with the goals of helping to revitalize the Detroit economic scene. Mosher and Groves developed a program for bringing in and developing more talent.

Since official operations began in 2012, Challenge Detroit has attracted nearly 225 participants into its leadership and one-year employment programs, including numerous Arab Americans.

Tina Saad, a 28-year-old Lebanese American, grew up in Dearborn and is now participating in a one-year fellowship program with Challenge Detroit. 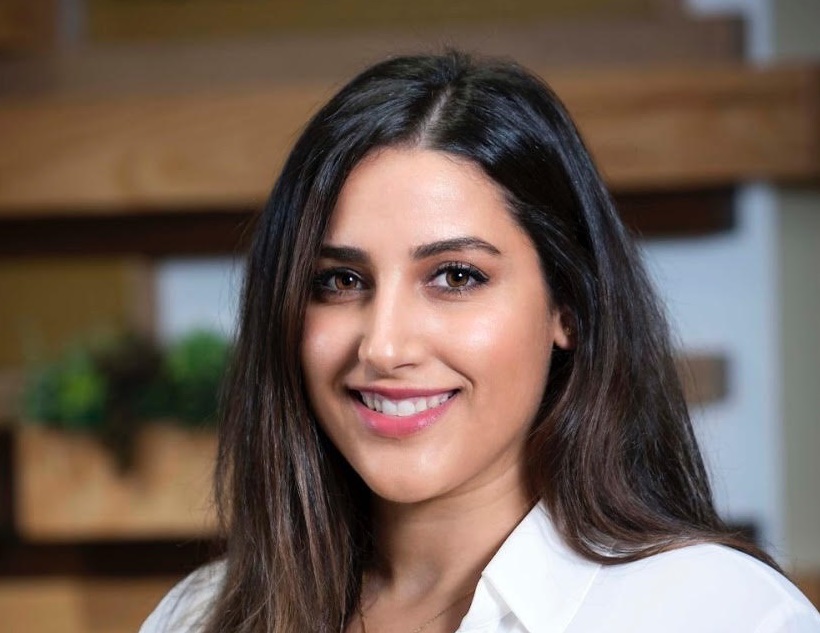 Currently employed at DTE Energy in the public affairs department, Saad has been given a multitude of tools to help develop her skills while staying active in and serving the Detroit community.

“The fellowship itself equips you with tools you can use that carry on into your career,” she told The Arab American News.

“The network of alumni fellows has been doing pretty fantastic things; we work for really great organizations,” she said. “And to have those experiences, to work with diverse set of people and project partners, you carry that with you.”

Saad works on local projects making an impact in the city on Fridays, as well as with non-profits affiliated with the organization, through its system of “challenges” undertaken by fellows.

She also participates in leadership training with her peers.

As the program evolves, new companies, non-profits and additional talent is continually being added, Saad said. The minimum requirements for applicants include having a bachelor’s degree.

Zienab Fahs, a 23-year-old Lebanese American, is also currently enrolled in the program, working for IFF, the largest non-profit community development financial institution certified by the U.S. Department of the Treasury in the Midwest.

Fahs works in childhood early education, focusing on making childcare centers safer and healthier for kids. She studies and implements programs with a focused eye for detail, even down to the color of paint used on walls to help create a healthy environment (red, for example, is not recommended because of the overly stimulating effect it has on children).

She said that the city currently is lacking in the amount of childcare centers needed to help support thousands of Detroit youth.

A tight-knit group that keeps its alumni close for continued teaching and learning opportunities, Challenge Detroit continues to develop into a program creating real change in a city where the economy is still building itself up from the inside-out.

Following each year-long program, 75 percent of fellows are hired long-term by their host companies and 85 percent of them make Detroit home, adding to the talent pool in the city instead of leaving like many other young professionals do.

Saad said she believes Challenge Detroit could help change the world, starting in Detroit, where innovation, entrepreneurship and hard work are an integral part of the city’s story.

“It really puts you in front of people making a direct impact in the city,” Fahs said. “You build connections you never would have been able to…It’s so beneficial.

“It’s a very diverse group (and) we’re all working towards a common goal of aiding non-profits and working with them hand-in-hand,” she added about the program and her peers.

“There’s a world inside Detroit and there’s a lot of things it has to offer and teach you.”

For more information about Challenge Detroit or to learn about the application process, visit www.ChallengeDetroit.org.