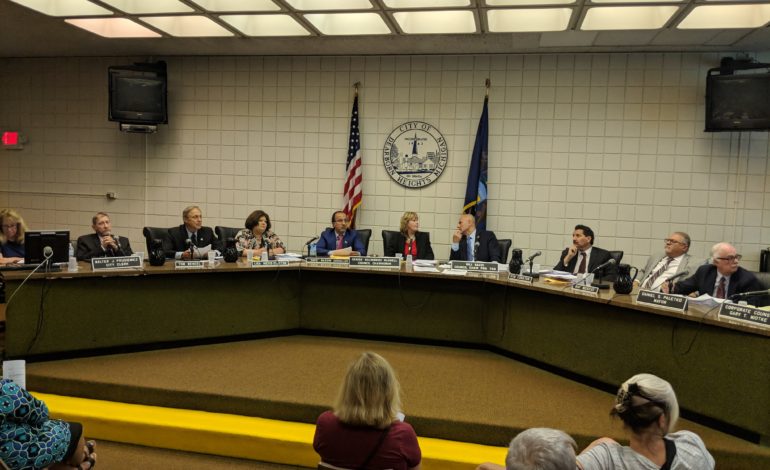 DEARBORN HEIGHTS – At a hearing in the Third Circuit Court in Detroit last Friday, October 25, Judge Muriel Hughes denied three motions by Dearborn Heights Mayor Daniel Paletko in an ongoing legal battle between him and the majority members of the Dearborn Heights City Council.

Paletko told The Arab American News that he plans to review the judge’s decision with his legal team once Hughes issues it in writing. His plan is to challenge the judge’s decision like he did last time, with a resolution to the months-long spat between himself and some Council members looking less likely to end in the near future.

Hughes denied Paletko’s request for her to reexamine her September 3 opinion that the mayor must comply with the City Council’s resolution to obtain a law firm and conduct a forensic audit of the city’s books.

He was also denied a stay of the order, which would have given him a chance to appeal.

Hughes granted to the City Council that their decision to hold a third regular meeting in order to override the mayor’s veto of their resolution towards a forensic audit was in fact legal. The Council voted to amend its regular meeting schedule at the end of July to enable it to meet the court’s deadline for its own appeal of a decision that sided with the mayor.

It also voted to override the mayor’s earlier veto of the Council’s earlier motion at this third meeting.

Hughes did rule that contrary to the Council’s assertion, the mayor was not in contempt of the court’s ruling.

Council Chairwoman Denise Malinowki-Maxwell and Chair Pro Tem Bill Bazzi have repeatedly brought up the issue of missing funds and unaccounted for transactions in the city’s balance sheets. Paletko and other Council members have asked for detailed explanations of why a forensic audit supervised by a private law firm is in order without much response.

Bazzi has often said that there are too many details to how and where the city’s money is missing and that the scope of the problem requires an audit.