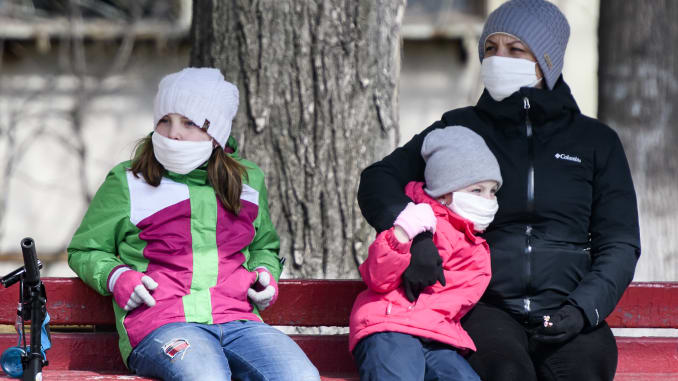 ATLANTA, GA — Children in the United States are significantly less likely to become seriously ill from cases related to the coronavirus than American adults, according to a preliminary report on the first major wave of cases in the country.

Some have become very sick, however, and at least three have died, according to a report on the latest results from the New York Times.

The study, published Monday by the Centers for Disease Control and Prevention, also reported that children appear less likely than adults to develop any of the major known virus symptoms: Fever, cough or shortness of breath.

It is not known whether or not many children have mild or undetected cases of the diseases and could be spreading the virus asymptomatically, but some believe that may be the case.

According to the study, 2,572 of the nearly 150,000 confirmed coronavirus cases reported in the United States between Feb. 12 and April 2 were patients under 18; the median age was 11.

Significant gaps in the data were found, researchers said, including whether patients went to the hospital and what, if any symptoms they had. More data may be provided in the future as the crisis begins to slow.

Of the 745 cases with data on whether the child was hospitalized, 147 children, about a fifth, were admitted to a hospital. The rate among adults, by contrast, is about a third.

In total, 59 cases, accounting for 40 percent of pediatric hospitalizations, were for babies under 1. Five of the 15 children admitted to intensive care were babies.

Children with underlying health conditions appeared to have a greater risk of hospitalization according to the report, in line with recent statistics among adults.

“Compared to other respiratory diseases, this is incredibly unique in the proportion of severely ill children,” said Dr. Srinivas Murthy, an associate professor of pediatrics at the University of British Columbia, who was not involved in the study. “We would expect more hospitalization based on the number of kids that might get infected, and we’re not seeing that at all. And we still don’t know why.”

Three deaths were reported, though no details were given. Illinois reported the death of an infant under 1 from the virus.

An April 1 report in New York City confirmed that of the first 1,139 deaths reported, only one occurred in a person younger than 17, and that person had a previous underlying condition, as did the vast majority of all deaths.

One theory as to why fewer children get sick is that their immune systems do not respond as aggressively to the virus as adult immune systems do, a process that can spiral out of control and cause as much damage as the infection.

“I’m getting more convinced that there’s a physiological age-based reason rather than children are just healthy,” Dr. Murthy said.

The U.S. data echoes many of the findings in reports on pediatric cases in China, where the global outbreak began, but differences in China’s testing methodology make it difficult to compare results. One study of about 1,400 children under 16 in China found that fewer than half had coughs and only 42 percent had fevers, a much lower symptom rate than in adult patients.

In the American study, researchers had information about symptoms for 291 children. Of those, 73 percent had fever, cough or shortness of breath, compared with 93 percent of adult patients age 18 to 64.

The largest study to date of Chinese children, found that nearly 6 percent of the 2,143 confirmed or suspected cases of patients under 18 developed a severe or critical illness, and one 14-year-old boy with a confirmed diagnosis of coronavirus died. More than 60 percent of the 125 children who became severely or critically ill were age 5 or younger, the study reported. And 40 of those were infants less than 12 months old.

The U.S. study also found that 57 percent of the reported cases were in boys, a gender pattern that has been seen in some adult studies.

Scientists are still studying why children seem to have more immunity to the disease.

One leading idea is that a receptor in human cells that the viral particles bind to, the ACE2 receptor, is not expressed as prominently in young children or might be a different shape. The virus may thus have more difficulty attaching to and entering cells, which is necessary for it to replicate throughout the body.

The full study can be viewed here.