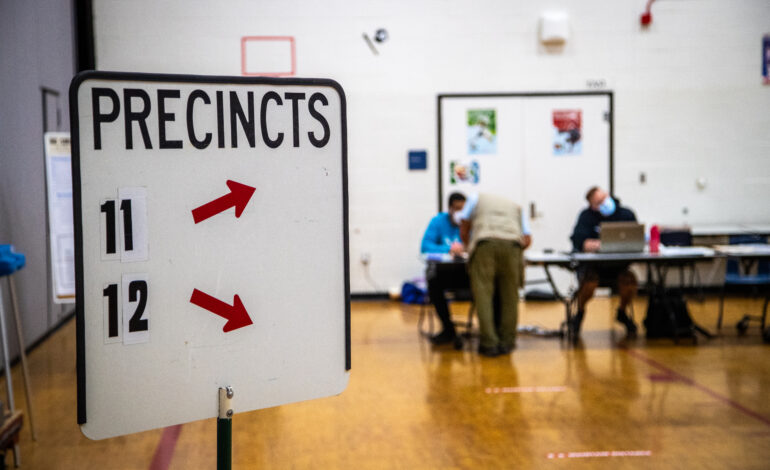 Polling locations reported low voter turnout throughout the state, not surprising for a primary and non-presidential election. Add to that the state’s focus on getting voters to fill and return absentee ballots to mitigate public health hazard from the COVID-19 pandemic, a successful strategy for Secretary of State Jocelyn Benson, pending any post-election disputes over results.

Though numbers are still being finalized, the SOS office told the Lansing State Journal yesterday that of 2,065,060 absentee ballots requested 1,589,451, or 77 percent, had been returned as of late Tuesday evening.

In Hamtramck, absentee votes were still being finalized and turned in to the county on Wednesday morning. Eventually, the one local ballot proposal for a seven mill school bond did not pass, lagging behind by more almost half the votes when the result finally popped up on the county’s website.

Tlaib thankful for her district’s support

In a resounding victory over her opponent, Detroit City Council President Brenda Jones, Tlaib cleared almost double the votes at 71,703 over Jones’ 36,493 (with 100 percent of precincts reporting). Jones had recently gotten criticism over her support from, among others, the real-estate industry, for whom she backed hundreds of millions in tax incentives.

Jones also levied the accusation that Tlaib was single-mindedly focused on her national image, as Jones’ supporters implied that Tlaib’s ethnic origins alone should somehow disqualify her from running in the district she was born and raised in. 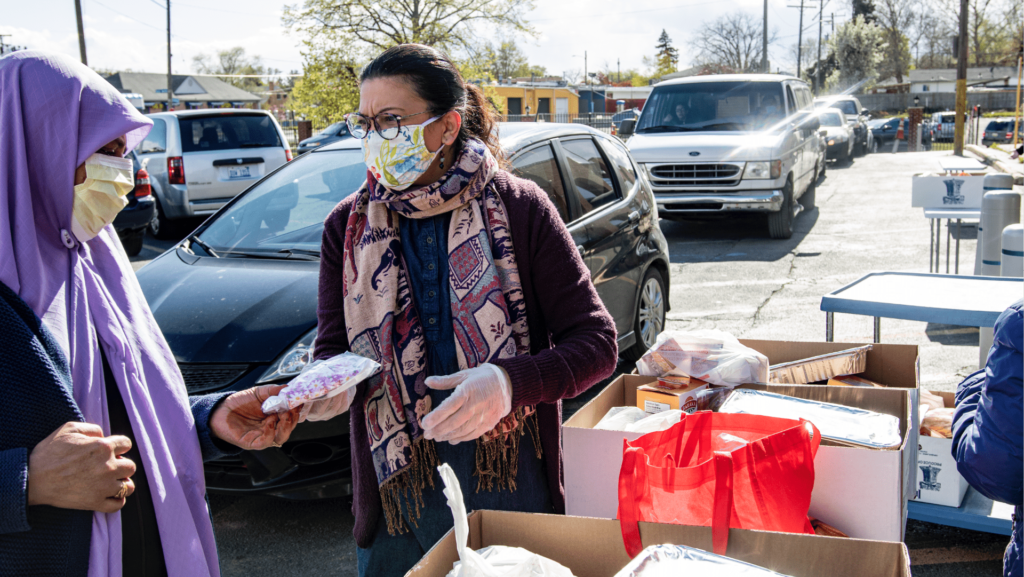 The 13th Congressional District raised me, and it is an honor to represent my neighbors in the United States House of Representatives. — U.S. Rep. Rashida Tlaib (D-Detroit)

This the second time Tlaib, 43, a former state legislator, has defeated Jones for the congressional seat. Tlaib sent out a message through her campaign shortly after her victory solidified.

“The 13th Congressional District raised me, and it is an honor to represent my neighbors in the United States House of Representatives,” Tlaib said. “This re-election campaign took place during unprecedented times and involved us showing up for others and making sure our people had what they needed to get through the COVID-19 pandemic while demanding change and the end to systemic racism.

“Voters sent a clear message that they’re done waiting for transformative change, that they want an unapologetic fighter who will take on the status quo and win… Thank you to my neighbors, to the countless volunteers, my dedicated team and to my family for staying by my side and demanding that we never lose our sense of urgency for serving the people. Onward to November, defeating the impeached president and showing up for each other along the way.”

Late Tuesday night numbers showed Worthy trailing behind the progressive-backed Victoria Burton-Harris. But once absentee vote counts became finalized there was no question of Worthy’s popularity in the county, if election results can be an indication of such.

Worthy has led the county’s prosecutor’s office, the busiest in Michigan, since 2004. She became nationally known for her prosecution of former Detroit Mayor Kwame Kilpatrick and clearing the backlog  of unprocessed rape kits in Detroit in a massive project. 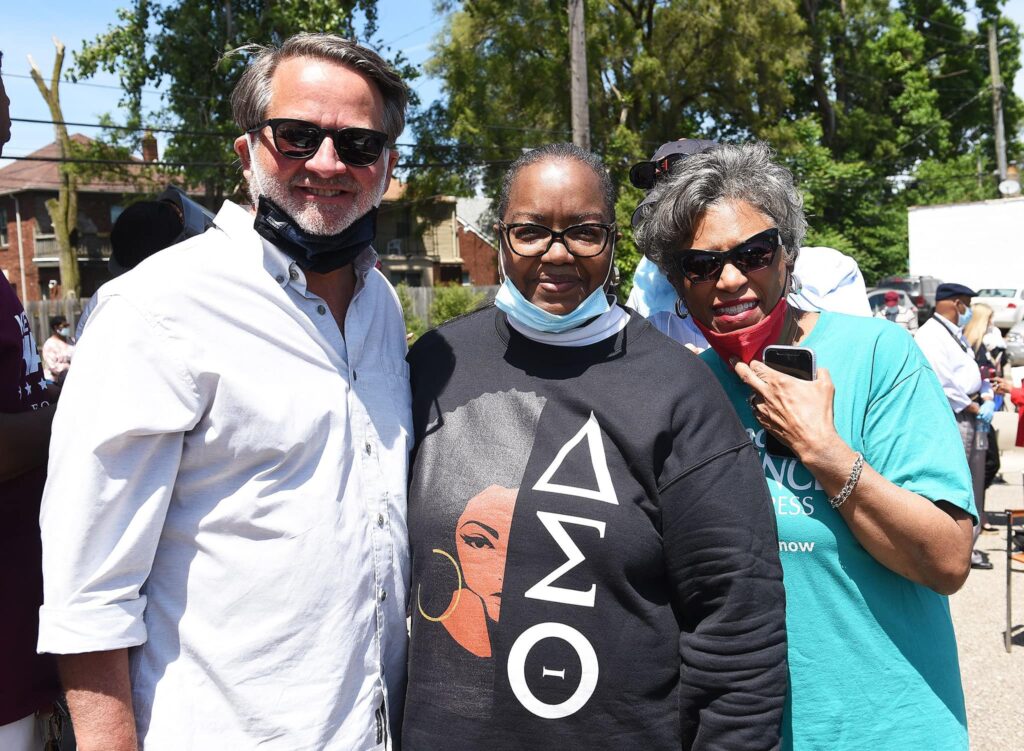 33-year-old Burton-Harris accused Worthy of prosecuting African Americans more than anyone. She also looked to reform the prosecutor’s office in an effort to end mass incarceration. The criminal defense attorney was endorsed by Vermont Senator and former presidential candidate Bernie Sanders. Burton-Harris also spoke at a rally organized by the Arab American community against police brutality following the murder of George Floyd by police in Minneapolis.

But Worthy was also the first prosecutor in the country to convict on-duty police officers of murder when she prosecuted officers Walter Budzyn and Larry Nevers for the November 1992 death of Detroiter Malice Green.

Worthy carried the support of big-name Democrats like Governor Whitmer and Attorney General Dana Nessel. She was also endorsed by the Arab American Political Action Committee (AAPAC) and The Arab American News (who endorsed all of the candidates listed above).

Worthy send over a message to The Arab American News following her victory:

“It has been my privilege to serve the people of Wayne County as Wayne County prosecutor since 2004, and I am both humbled and grateful to have earned the support of the majority of the voters. This was a different campaign — it had to be executed during a pandemic – and sadly was influenced by outside national interests who sought to not only distort but to destroy our record of innovations in criminal justice, such as conquering the rape kit backlog, our record of holding law enforcement accountable or the 15 diversion programs that have seen 18,000 youths and adults diverted from confinement. I’m glad that voters knew the truth and I look forward to building on those reforms over the next four years.”

After mobilizing voters in Hamtramck and Detroit on Election Day, with campaign watchdogs keeping a watchful eyes at polling locations, the young “Abe” Aiyash came out victorious with all precincts reporting results on Wednesday morning.

The final tally was 5,352 votes in a crowded field of contenders for the Fourth District state representative seat formerly occupied by the late Isaac Robinson. The numbers show Aiyash basically decimating his opponents, with runner-up Michele Oberholtzer managing only 1,946 votes total and former Detroit School Board member Tawanna Simpson earning 1,056. 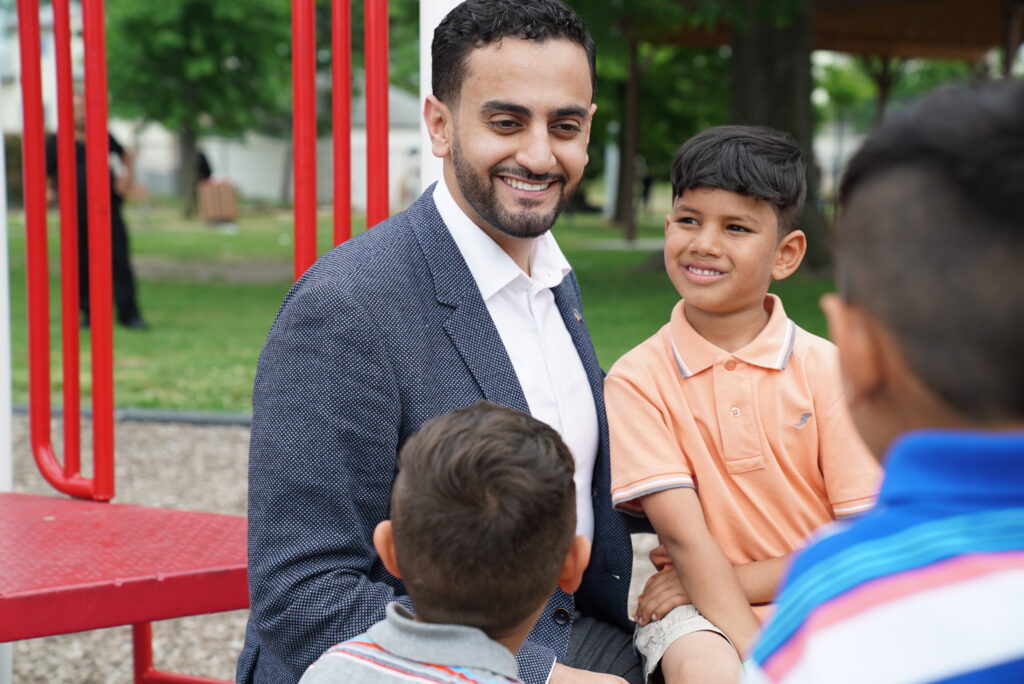 We did our best to reach voters and engage a new electorate that hadn’t been engaged in that process in a while — District Four State Rep. candidate Abe Aiyash

“I’m incredibly grateful and humbled by the overwhelming support that we received yesterday and throughout the campaign,” Aiyash said over the phone. “We walked into this 90-day campaign understanding the sensitivity of this time, due to the pandemic and untimely and unfortunate passing of Isaac Robinson.

“We did our best to reach voters and engage a new electorate that hadn’t been engaged in that process in a while. We made sure we were providing resources and support for people in a district where a lot of that is much needed and are proud of the coalition that we built from the onset of this campaign.”

Aiyash said he is now focused and ready to take on his new legislative position and continue the work of his late friend and mentor Robinson.

Aiyash’s hometown of Hamtramck showed high voter response and community engagement through the city’s tight-knit Yemeni community. Front yards all over the city could be seen showing off Aiyash campaign signs. Aiyash also managed to mobilize many new voters to register at the clerk’s office on Tuesday.

As for Oberholtzer, this is her second time running for the seat. The tax foreclosure prevention advocate previously came in third after former Hamtramck City Councilman Saad Almasmari in the 2018 race won by Isaac Robinson.

Election Day was kind to Dingell, who gained 80 percent of the vote in her heavily Democratic 12th Congressional District. Final vote tallies were total 103,975 of which 52,361 were in Wayne and 51,614 in Washtenaw County.

Her sole opponent, young University of Michigan medical student Solomon Rajput, had hopes of riding the country’s current “progressive wave”, with candidates unseating long-time established Democrats in places like New York. But Dingell had her own support from progressive superstar Tlaib in the neighboring district, plus her own long-time name recognition in the area. Rajput received a total of 24,499 votes, which comes to 19 percent.

A Dingell has represented the area for 87 years. Rep. Dingell’s late husband, John Jr., was beloved. Both have enjoyed popularity among the District’s ever-growing Arab American population, due in part to Dingell’s unflinching support for the people of Yemen, who are ravaged by a Saudi-led war, and her support for Arab American civil rights at home. 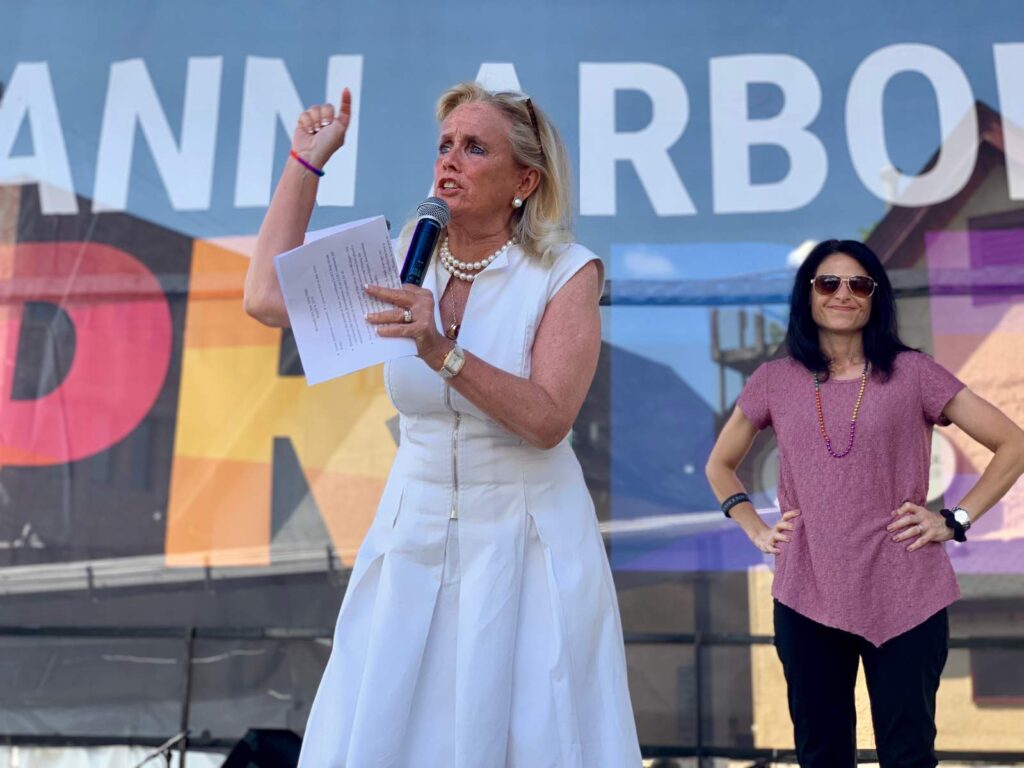 “So now we most focus on November,” Dingell said in a Facebook post following her victory. “I had a huge hole in my heart yesterday. It was my first election without John, and I really missed him. I needed the person who just loved me, supported me, listened, calmed me down and knew he loved me no matter what. I know he was there from above.”

In November, Dingell will once again face Republican challenger Jeff Jones, who has lost out to her for the same seat two elections in a row.

Both Hammoud (10,304 total votes) and Baydoun (13,166 total votes) ran unopposed. Baydoun thanked those who supported him in a Facebook post:

“It has been an absolute honor serving the residents of the 13th District and I look forward to working with my colleagues to ensure that Wayne County is a better place for us all. I do not take your vote lightly and I will continue to advocate on your behalf.”

In another Wayne County Commission race, former Marine Corps sergeant Knezek defeated young Nena Fawaz (both grew up in Dearborn Heights) 10,764 to 6,439 total votes. Fawaz’s mother, Salwa, is a member of the Crestwood Board of Education.

Eric Sabree held on to his treasurer position with 114,541 votes, with Beverly Kindle-Walker a close second.

“We had a record showing,” Chehab told The Arab American News. “We received the most votes for a Democratic primary candidate ever for this seat. We’re ready to keep fighting, but we need people to turn out for the general. The largest push is for absentee voters.”

Pakistani American Saima Khalil, running to bring reform to the Macomb County’s Prosecutor’s Office, came in third in her race with 17.2 percent of the vote.