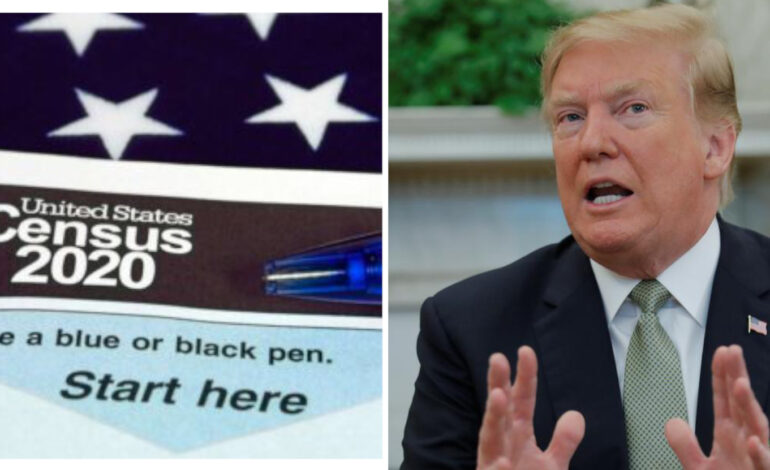 The coalition, joined by Michigan AG Dana Nessel, argues that the Trump administration's time reduction for census self-response and door-to-door follow-up will hinder a complete and accurate count

LANSING — A large coalition of attorneys general, including Michigan’s Dana Nessel, have joined several cities, counties and mayors to take legal action against the Trump administration over its reduction of the 2020 census deadline.

The U.S. Census Bureau took an unexplained step earlier this month, shortening the schedule for the Bureau’s data-collection and data-processing efforts, by reducing the time in which self-response questionnaires will be accepted and door-to-door follow-ups by census enumerators will take place, from October 31 to September 30.

The concerned parties have argued that the policy change, named the Bureau’s “Rush Plan”, will add an unnecessary roadblock to a complete count and thus impairs the accuracy of the Bureau’s enumeration of the total population of each state.

Nessel and other attorneys general are joining an ongoing request for a nationwide stay or preliminary injunction to halt the Rush Plan, made by the National Urban League, League of Women Voters, Black Alliance for Just Immigration and several counties and cities.

Census enumeration during the COVID-19 crisis has become even more difficult, and census workers have ramped up their door-to-door follow-ups in Michigan in recent weeks, ahead of the new reduced deadline. The October deadline was previously adopted by the Census Bureau itself because of the pandemic.

The decennial (occurring every 10 years) census determines states’ political representation in Congress, provides critical data for states’ redistricting efforts and affects hundreds of billions of dollars in federal funding to states and localities. The five cities and four counties that have joined the legal action claim these reasons means they have a direct stake in the dispute.

In a press release on Tuesday, the Attorney General’s Office said that Michigan is ahead of the 2010 response rate, but that is not the case in some of the state’s largest and most diverse cities. Due to numerous factors — including Michigan’s large immigrant population — the self-response rates in places such as Detroit, Flint, Benton Harbor, Ann Arbor, Muskegon and Kalamazoo remain below their 2010 response rates.

The coalition also argues that under the directive of President Trump, the defendants in the legal case, the U.S. Department of Commerce, Commerce Secretary Wilbur Ross, the Census Bureau and Census Bureau Director Steven Dillingham, have tried to manipulate the census in a number of ways, including attempting to add a citizenship question.

Plaintiffs in the case say these practices are disingenuous and overlook and undermine centuries of consistent practices, fail to meet unambiguous constitutional requirements regarding the census and fail to deal honestly with the public and the courts.

View the amicus brief filed by the attorneys general, in support of the request for nationwide stay made in National Urban League v. Ross, here.