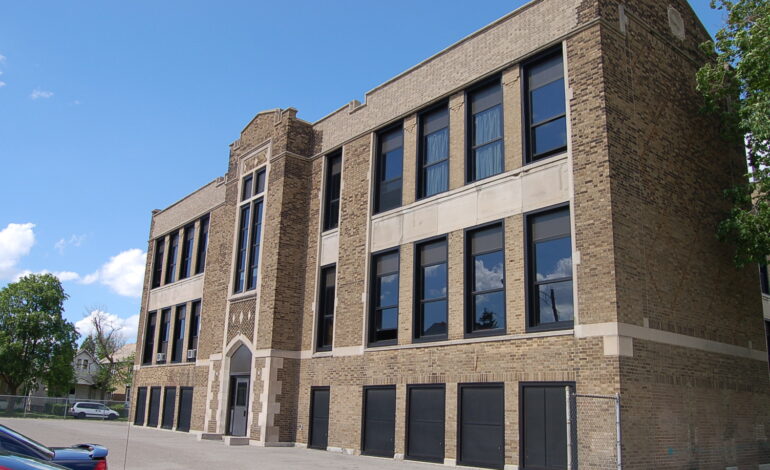 The former vice principal of Kosciuszko Middle School has sued the district and two of its officials for retaliation when she brought up concerns about their COVID-19 response. The district maintains it followed all state guidelines. Photo courtesy: ABP

HAMTRAMCK — A former vice principal from the Hamtramck Public School District (HPS) has filed a lawsuit against her employer for alleged retaliatory acts against her that she says violated her employment rights.

The complaint, filed in the Eastern District Court, says Christina Adamczyk, a Sterling Heights resident, was subjected to adverse employment actions by district officials, namely Superintendent Jaleelah Ahmed and HR Director Michelle Imbrunone, for raising concerns about COVID-19 safety at the outbreak of the pandemic.

This section summarizes parts of the legal complaint. Skip to the next section for the statement from Hamtramck Public School District.

The complaint alleges that school officials failed to develop a COVID-19 preparedness and response plan as order by Governor Whitmer and that Ahmed told Adamczyk that she (Ahmed) had not read Whitmer’s executive order requiring the plan and didn’t know about it.

The 41-page complaint, which The Arab American News received a copy of, lays out in great detail interactions and communications between Adamczyk, Ahmed and Imbrunone regarding the district’s COVID-19 preparedness. Adamczyk is being represented by Gary Miotke, who also represents Dearborn Heights as city attorney. Adamczyk was the vice principal of Kosciuszko Middle School during the events described in the complaint.

The complaint also points to Adamczyk’s and her husband, David’s, public efforts to oppose a recent school bond proposal, implying that these efforts factored into Ahmed’s retaliatory acts against her.

A majority of Hamtramck voters voted against the bond in August’s primary election.

The complaint says Ahmed and Imbrunone were charged with leading the HPS’ compliance efforts as the pandemic set in and schools in Michigan were required to shut down and to engage in efforts to comply with various state and local directives to mitigate the spread of COVID-19.

“Unfortunately, they were not up to the challenge,” the complaint says.

The complaint alleges that school officials failed to develop a COVID-19 preparedness and response plan (P and R plan) as order by Governor Whitmer and that Ahmed told Adamczyk that she (Ahmed) had not read Whitmer’s executive order requiring the plan and didn’t know about it.

It also says the district failed to develop the plan until May and didn’t post it electronically until June. It says HPS conducted in-person operations since shortly after April 9 and that it clearly violated the P and R plan requirement and the governor’s executive orders.

What followed next was several interactions between Adamczyk and the two school officials where Adamczyk questioned and raised concerns about the district’s safety measures and planning around COVID-19. Ahmed and Imbrunone responded by saying Adamczyk had misinterpreted state and county COVID-19 guidelines and accused her of “causing ‘doubt and disruption’” in the daily operations of the district.

In this time Adamczyk filed a series of complaints with MIOSHA regarding an unsafe work environment and retaliation and harassment. She was issued a written warning and threatened with additional disciplinary actions and later given a poor performance review.

Adamczyk took an FMLA leave some time in the summer, during which time she was reassigned as a social studies teacher.

The lawsuit says this is part of the retaliatory action taken against her and violates her rights under federal law, as she had the right to return to the same position. It also says that the reassignment was not in line with Adamzcyk’s collective bargaining agreement between the district and her administrative union.

HPS says it followed all requirements

Hamtramck Public Schools sent over a statement to The Arab American News regarding the matter.

“Hamtramck Public Schools is committed to ensuring our students receive high-quality instruction in a safe and healthy environment,” the statement said. “The district has a thorough evaluation process for teachers and administrators, and decisions are made in the best interests of our students.

“From the beginning of the COVID-19 pandemic, we have followed all reporting requirements from state and local officials and have implemented a return to school preparedness plan that was collaboratively developed with the district community, the Wayne County Health Department and the Michigan Department of Education and was filed before the governor’s June 1 deadline.”

The district says it is not able to comment on the specifics of the complaint as this is an ongoing legal matter.

When reached for comment, Miotke said his client has been a dedicated and outstanding teacher and administrator for the district for decades.

“Now, most tragically and most unjustly, Ms. Adamczyk’s career has been taken from her by the unconstitutional and illegal acts of those who wanted to silence her and to punish her for doing what was right,” he said in an email. “Such an injustice cannot be and will not be tolerated.

“For this reason, we will seek to vindicate Ms. Adamczyk’s rights to the fullest extent of the law.  This is not only necessary to right the wrongs done to her.  It is also necessary to protect the safety, health and well-being of the city, the district and the district’s students, parents, faculty and staff.”

Adamczyk is seeking damages to the tune of $75,000 and wants HPS to remove “false information” about her performance during the pandemic from her record.