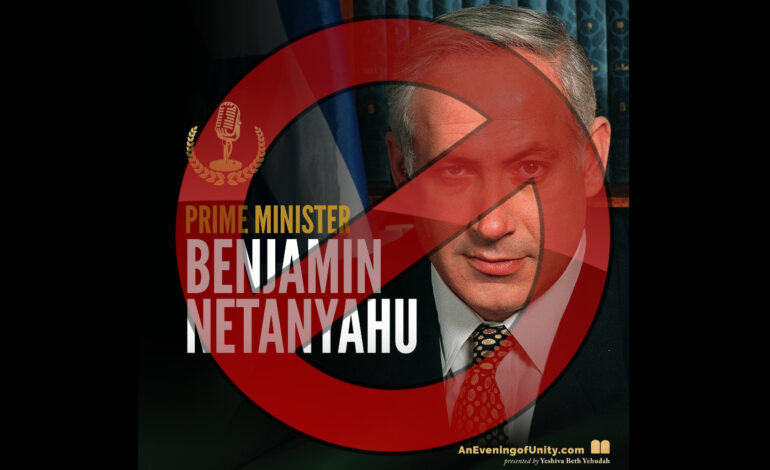 But on Sunday, Netanyahu cancelled the appearance. The school posted a message saying he couldn’t be at the event due to “unforeseen and unfortunate circumstances.” 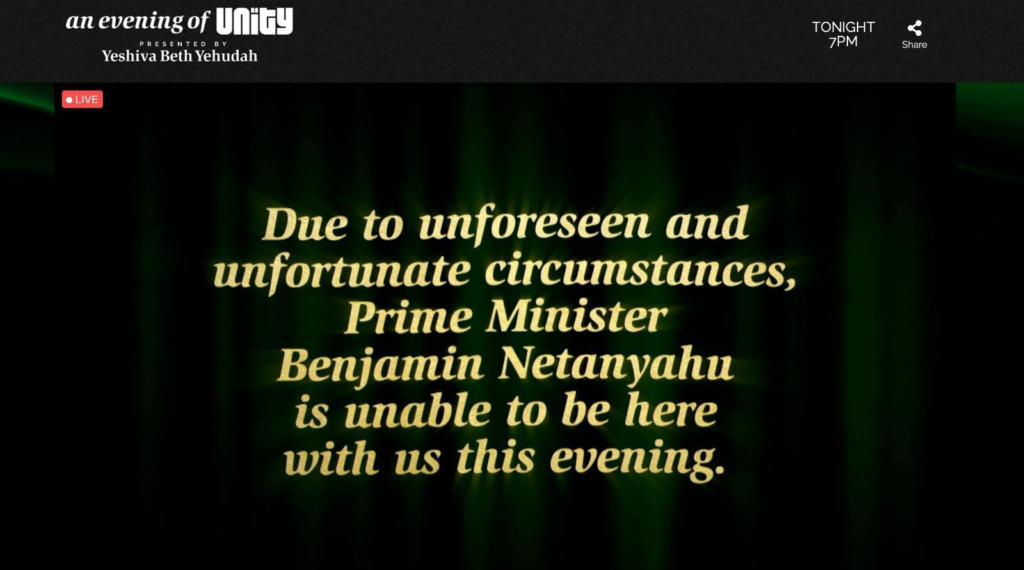 Instead President Trump and his presidential rival, former Vice President Joe Biden, delivered surprise back-to-back remarks. The Jewish News reported that Trump was under the impression Netanyahu was still scheduled to appear and thanked the PM for his friendship and support, and listed his administration’s accomplishments.

News of Netanyahu’s appearance drew outrage from the community and elsewhere. The Arab American News published an editorial last week detailing Netanyahu’s open racism, his deep and abiding support for and friendship with the right-wing President Trump.

The editorial said Netanyahu has backed and implemented a 15-year-old illegal and inhumane Israeli blockade of Gaza, denying two million Palestinians access to supplies and aid. The United Nations has labeled the blockade, “a denial of basic human rights in contravention of international law and amounts to collective punishment.”

It also asked why Democratic representatives and members of the African American community, such as Detroit NAACP President Rev. Dr. Wendell Anthony, whom the Arab American community continues to support, would want to engage in an evening of “unity” with a recognized apartheid leader and friend of Trump.

After we put pressure on the school and elected officials through letter writing campaigns, phone calls and personal contacts Netanyahu was dropped from the event at the last minute — Amer Zahr

The Arab American News was not alone in the outrage. IfNotNow Detroit, the local chapter of the Jewish anti-occupation advocacy group, openly criticized Netanyahu’s appearance.

“This is ridiculous,” the organization said. “Why are Michigan leaders who oppose Trump unifying with authoritarians in the Middle East? If we’re going to stop this, we need to send Governor Gretchen Whitmer, Senator Gary Peters and Senator Debbie Stabenow a clear message immediately: Refuse Unity With Authoritarianism.”

The exact circumstance around Netanyahu’s cancellation from the event has not been revealed. Beth Yehuda did not reply to an inquiry by press time.

New Generation for Palestine President Amer Zahr told The Arab American News that Sunday’s development was a great win for the community.

“After we put pressure on the school and elected officials through letter writing campaigns, phone calls and personal contacts Netanyahu was dropped from the event at the last minute,” Zahr said. “We can only assume that they had his video, since this was a pre-recorded event, and chose not to use it at the very end.

“Of course we still have to address the issue of whether these officials and activists would have attended even if Netanyahu did appear. So we have to keep up the communication with them to make sure they know that situations like this cannot happen again. Our community deserves the respect to be advised by officials when things like this come up.”