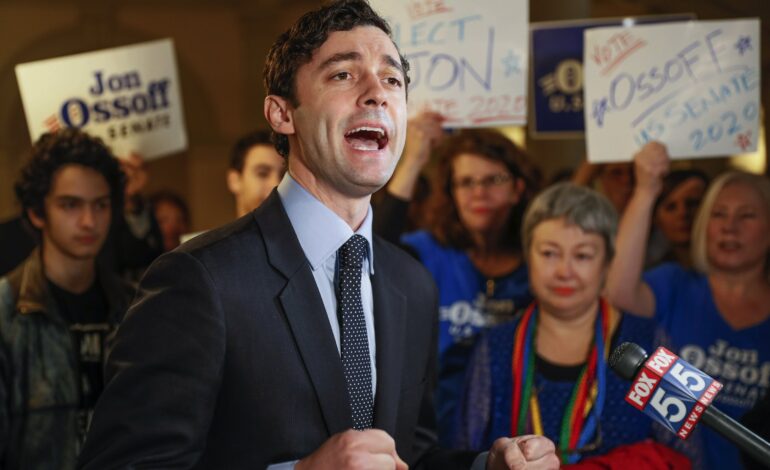 Hours after Rev. Raphael Warnock made history in Georgia, Democrat Jon Ossoff has clinched the remaining senate seat in the state. Photo: AP

ATLANTA, GA — Hours after Rev. Raphael Warnock made history in Georgia, Democrat Jon Ossoff has clinched the remaining senate seat in the state.

Ossoff, a 33-year-old head of a video production company who has never held a public office, defeated Republican David Perdue, who just finished his first term as a senator.

Ossoff has served as the CEO of Insight TWI, a now 30-year-old media production company that has investigated corruption, organized crime and war crimes for international news organizations since 2013.

Both Warnock and Ossoff now lead their defeated Republican opponents by margins that are larger than the threshold required to trigger a recount under Georgia law.

In 2017, Ossoff was the Democratic nominee in Georgia’s Sixth District’s special election in which he lost by 3 percent.

“This campaign has been about health and jobs and justice for the people of this state, for all the people of this state,” Ossoff said in a livestream speech. “And they will be my guiding principles as I serve this state in the U.S. Senate. Ensuring that every Georgian has great healthcare, no matter our wealth, ensuring that we invest in an economic recovery that includes all communities, that rebuilds our state’s infrastructure, that lays the prosperity and securing equal justice for all.”