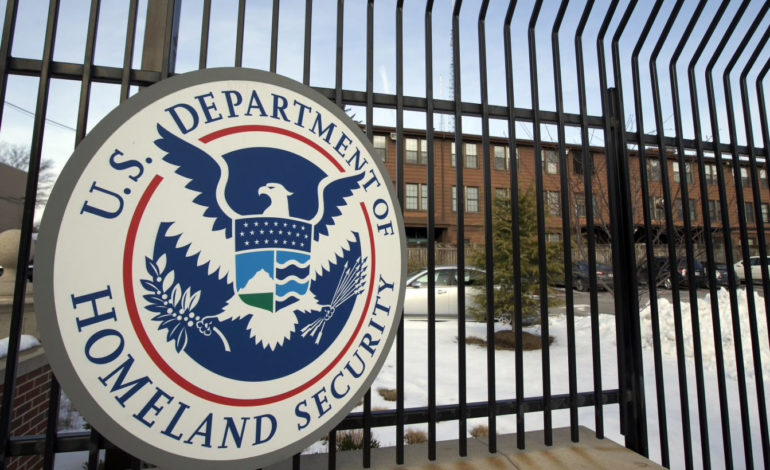 Though the Department of Homeland Security does not have any information about a specific plot, it says it's concerned that extremists may continue to facilitate or engage in violence after recent events at the U.S. Capitol and beyond

WASHINGTON, D.C. — A bulletin by the U.S. Department of Homeland Security (DHS) shows the federal government is on high alert for terrorist threats, linked to the recent political turmoil around the presidential elections.

The bulletin comes just weeks after a violent mob of supporters of former President Trump stormed the U.S. Capitol building during the congressional counting of electoral votes that certified President Biden’s victory. As such, the bulletin indicates the agency is particularly anxious about violent domestic threats, largely coming from radicalized actors.

“There is currently a heightened threat environment across the U.S. that is likely to persist over the coming weeks,” the DHS said. “DHS does not have any information to indicate a specific, credible plotting; however, violence has continued in recent days and we remain concerned that violent extremists may continue to facilitate or engage in unlawful violence.”

The bulletin does not necessarily indicate a specific threat, but instead alerts national law enforcement agencies of an environment of possible threats to national security.

“Throughout 2020, Domestic Violent Extremists (DVEs) targeted individuals with opposing views engaged in First Amendment-protected, non-violent protest activity,” the bulletin says. “DVEs motivated by a range of issues, including anger over COVID-19 restrictions, the 2020 election results and police use of force have plotted and on occasion carried out attacks against government facilities.”

DHS is concerned these same drivers to violence will remain through early 2021 and some DVEs may be emboldened by the January 6, 2021 breach of the U.S. Capitol Building in Washington, D.C. to target elected officials and government facilities — U.S. Department of Homeland Security

Officials have said about 5,000 troops will remain in Washington for the next few weeks, when Trump will face his second impeachment trial in the Senate on a charge of inciting insurrection, a trial which looks to be dead in the water, with no real Republican support for convicting Trump of inciting the mob violence.

“DHS is concerned these same drivers to violence will remain through early 2021 and some DVEs may be emboldened by the January 6, 2021 breach of the U.S. Capitol Building in Washington, D.C. to target elected officials and government facilities,” the bulletin says.

The bulletin also talks of racial anger against immigrants and plots to hit critical national infrastructure like the 2020 suicide bomb in Nashville, Tennessee near an AT&T network hub.

“Long-standing racial and ethnic tension — including opposition to immigration — has driven DVE attacks, including a 2019 shooting in El Paso, Texas that killed 23 people,” the bulletin warns.

The DHS is asking the public to report suspicious activity and threats of violence, including online activity, to local law enforcement, FBI Field Offices or their local Fusion Center.

The Bulletin will soon be translated into various languages and will be available at www.dhs.gov/national-terrorism-advisory-system.