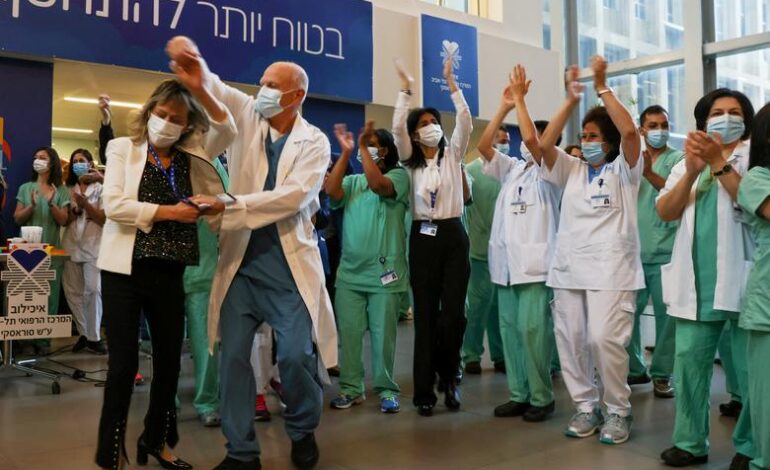 Israel’s decision to exclude Palestinians from its COVID-19 vaccination campaign may have surprised many. Even by Israel’s poor humanitarian standards, denying Palestinians access to life-saving medication seems extremely callous.

The Palestinian Authority was not expecting Israel to supply Palestinian hospitals with millions of vaccines as it hopes to receive two million doses of the Oxford-AstraZeneca vaccine in February. Instead, the request made by PA official Hussein al-Sheikh, coordinator of Palestinian affairs with Israel, was a meager 10,000 doses to help protect Palestinian frontline workers. Still, the Israeli Health Ministry rejected the request.

According to the Palestinian news agency WAFA, 1,629 Palestinians died and a total of 160,043 were infected with the deadly COVID-19 disease as of January 4. While such dismal numbers can also be found in many parts of the world, the Palestinian coronavirus crisis is compounded by the fact that Palestinians live under an Israeli military occupation, a state of apartheid and, as in the case of Gaza, an unrelenting siege.

Worse still, starting early last year, the Israeli military conducted several operations in various parts of the occupied territories to crack down on Palestinian initiatives to provide free COVID-19 testing. According to the Palestinian rights group Al Haq, as early as March 2020, several field clinics were shut down and medical equipment confiscated in the Palestinian town of Khirbet Ibziq in the Jordan Valley in the occupied West Bank. This pattern was repeated in East Jerusalem, Hebron and elsewhere in the following months.

There is no legal or moral justification for Israel’s action. The Fourth Geneva Convention of 1949 asserts that an Occupying Power has the “duty of ensuring and maintaining… the medical and hospital establishments and services” with “particular reference” on taking the “preventive measures necessary to combat the spread of contagious diseases and epidemics.”

Even the Oslo Accords, despite their failure to address many crucial topics pertaining to the freedom of the Palestinian people, oblige both sides “to cooperate in combating epidemics and to assist each other in times of emergency,” the New York Times reported.

Not all Israeli officials deny that Israel is legally compelled to provide Palestinians with the help required to contain the rapid spread of the pandemic. This admission, however, comes with conditions. Former Israeli Ambassador Alan Baker told the NYT that, while international law does “place an obligation on Israel” to help in the provision of vaccines to Palestinians, Palestinians must first release several Israeli soldiers who were captured in Gaza during and after the 2014 war. 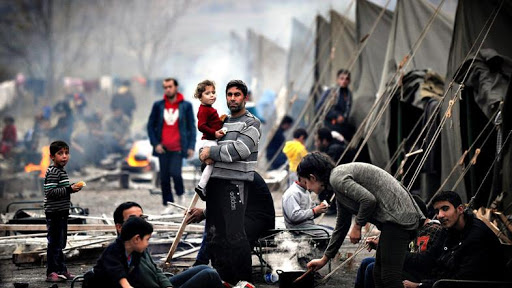 Long before the onset of the coronavirus, Israel has weaponized medicine, and Gaza’s dilapidated health sector is a standing testimony to this injustice

The irony in Baker’s logic is that Israel holds over 5,000 Palestinian prisoners, including women and children, hundreds of whom are imprisoned without trial or due process.

The captured Israelis are held in Gaza as a bargaining chip, to be exchanged for the easing of Israel’s hermetic blockade on the densely populated Strip. One of the Palestinians’ main demands for the release of the soldiers is that Israel allows for the transfer of medical equipment and life-saving medication to the two million people of the Gaza Strip. International and Palestinian human rights groups have long reported on many unnecessary deaths among Palestinians in Gaza because Israel deliberately prevents Gazan hospitals from acquiring cancer medications.

Long before the onset of the coronavirus, Israel has weaponized medicine, and Gaza’s dilapidated health sector is a standing testimony to this injustice.

Perhaps the overcrowded Israeli prisons remain the glaring testimony of Israel’s mishandling of the COVID-19 outbreak. Despite repeated calls by the United Nations and, particularly, the World Health Organization that states should take immediate measures to help ease the crisis in their prison systems, Israel has done little for Palestinian prisoners. Al Haq reported that Israel “has taken no adequate measures to improve provisions of healthcare and hygiene for Palestinian prisoners” in line with the WHO “guidance for preventing COVID-19 outbreak in prisons.” The consequences were dire, as the spread of COVID among Palestinian prisoners continues to claim new victims at a much higher ratio compared with Israeli prisoners.

Israel’s intentional hampering of Palestinian efforts to fight COVID is consistent with a trajectory of racism, where colonized Palestinians are exploited for their land, water and cheap labor, while never factoring as a priority on Israel’s checklist, even during the time of a deadly pandemic.  Israel is an Occupying Power that refuses to acknowledge or respect any of its basic obligations as an Occupying Power under international law.

The Israeli attempt at manipulating Palestinian suffering as a result of the pandemic should also challenge our view of the fundamental relationship between Israel and the Palestinians. Frequently we speak of Israel’s apartheid in Palestine, often illustrating that assertion referring to giant walls, fences and military checkpoints that cage in Palestinian communities and segregate them from one another.

This, however, is merely the physical manifestation of Israeli colonialism and apartheid. In Israel, apartheid runs much deeper as it reaches almost every facet of society where Israeli Jews, including settlers, are treated as superior, while Palestinian Arabs, whether Christian or Muslims, are denied their most basic rights, including those guaranteed under international law. 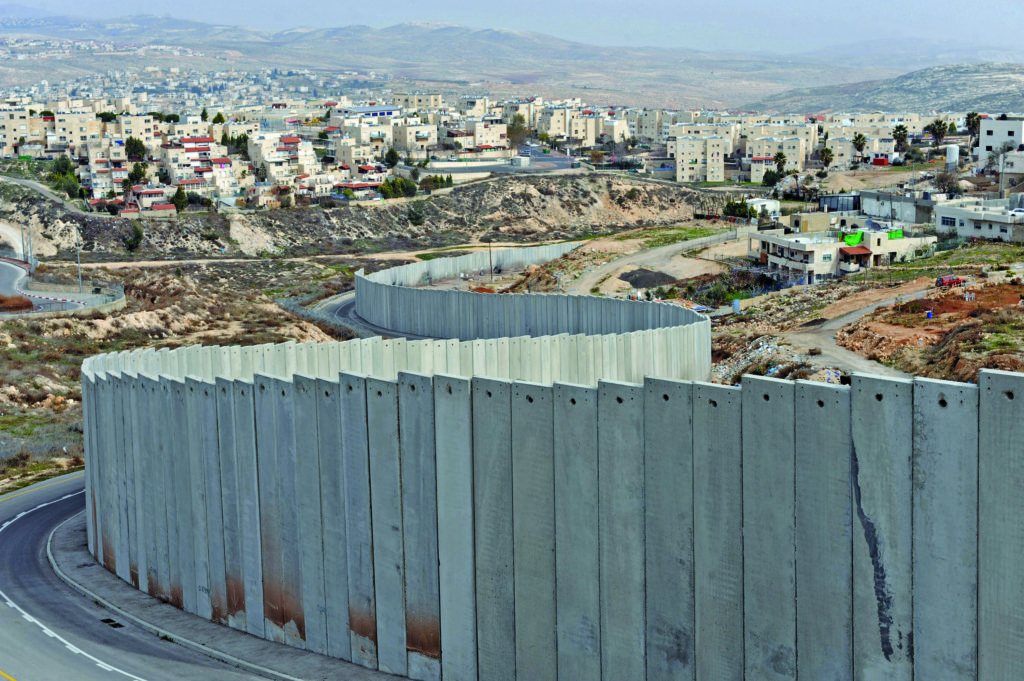 The Israeli separation wall divides the Pisgat Zeev Israeli Settlement, on the left, and the Shuafat Refugee Camp, on the right, outside Jerusalem, Jan. 25, 2011. Photo: Debbie Hill/UPI

Since the coronavirus does not respect Israel’s matrix of control in Palestine, it will travel across all of the physical divides that Israel has created to ensure permanent oppression of Palestinians

While Israel’s behavior is not entirely surprising, it being consistent with the sordid reality of military occupation and institutional racism, it is also self-defeating. Despite the obvious imbalance in the relationship between Israel and the Palestinians, they are in constant contact, not as equals but as occupier and occupied. Since the coronavirus does not respect Israel’s matrix of control in Palestine, it will travel across all of the physical divides that Israel has created to ensure permanent oppression of Palestinians. Hence, there can be no containing of COVID-19 in Israel if it continues to spread among Palestinians.

Long after the deadly pandemic is contained, the tragedy of occupied Palestine will, sadly, continue unhindered, until the day that Israel is forced to end its military occupation of Palestine and the Palestinians.