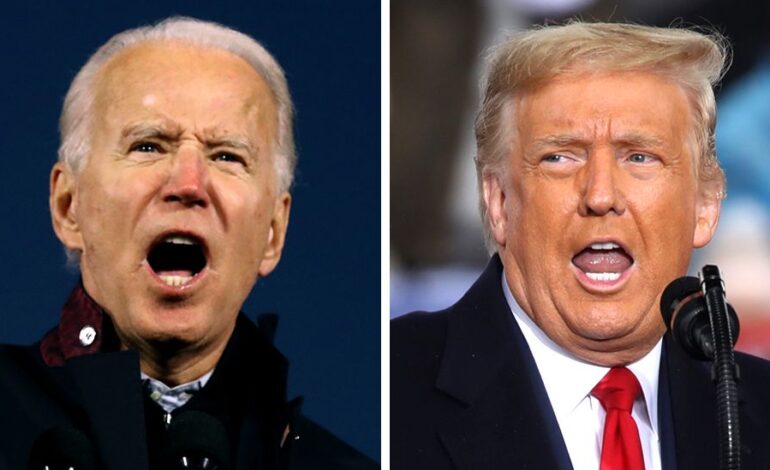 Concerning Palestine and Israel, blaming the victim has been a central pillar of U.S. foreign policy, shared by Democrats and Republicans alike

Motivated by their justifiable aversion to former President Trump, many analysts have rashly painted a rosy picture of how Democrats could quickly erase the bleak trajectory of the previous Republican administration. This naivety is particularly pronounced in the current spin on the Palestinian-Israeli discourse, which is promoting, again, the illusion that Democrats will succeed where their political rivals have failed.

There are obvious differences in the Democrats’ approach to the Palestinian-Israeli conflict, but only in semantics and political jingoism, not policy. This assertion can be justified if the Democratic administration’s official language on Palestine and Israel is examined, and such language considered within the context of practical policies on the ground.

Take recent remarks, made by the new U.S. secretary of state, Antony Blinken, during a CNN interview on February 8. Blinken’s comments reminded us of the clever — albeit disingenuous — U.S. foreign policy under previous Democratic administrations. His select words may seem as a complete departure from the belligerent, yet direct, approach of former U.S. Secretary of State Mike Pompeo. 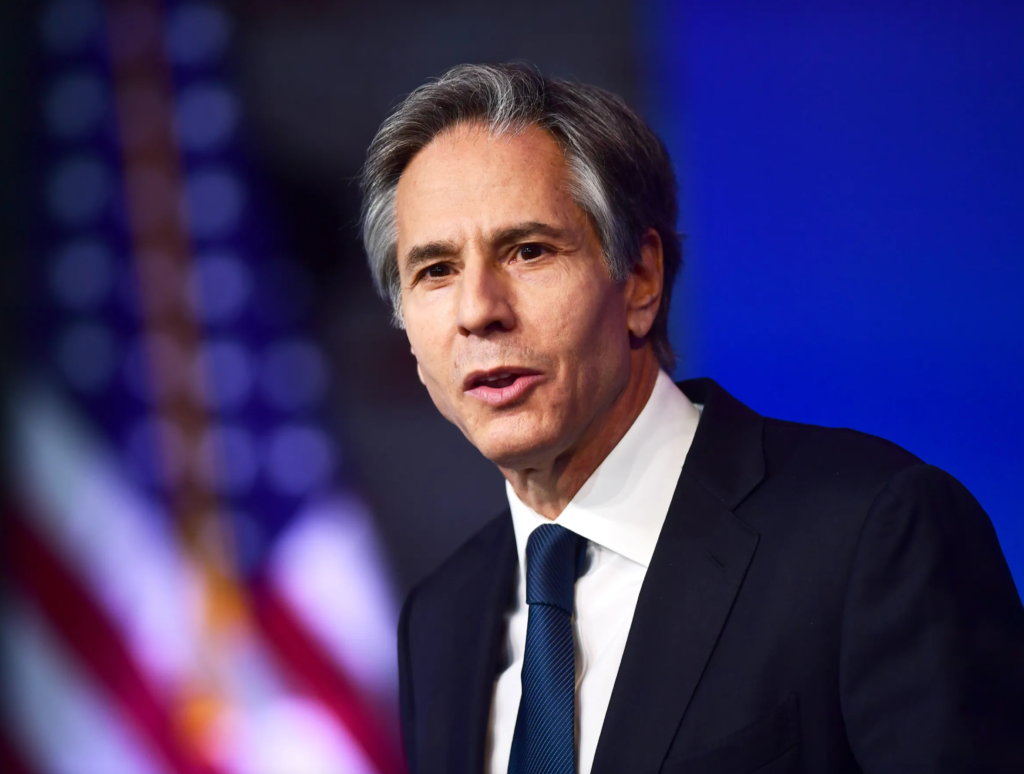 Leaving aside the legalities of that question (meaning the illegal Israeli occupation of the Syrian Golan Heights), as a practical matter, the Golan is very important to Israel’s security — Secretary of State Anthony Blinken

“Look, leaving aside the legalities of that question (meaning the illegal Israeli occupation of the Syrian Golan Heights), as a practical matter, the Golan is very important to Israel’s security,” Blinken said. Later in the interview, he went on to, once again, acknowledge, yet, at the same time, sideline the question of “legalities.” “Legal questions are something else,” he said, before continuing to speak vaguely and non-committedly about the future of Syria.

Juxtapose Blinken’s position on the illegal Israeli occupation of the Golan Heights with statements made by Pompeo in November, just before the end of Trump’s presidency. “This is a part of Israel and central part of Israel,” Pompeo said, as he was accompanied by Israeli Foreign Minister Gabi Ashkenazi and speaking from the occupied Golan Heights.

Pompeo’s position, which is a stark violation of international law, was duly condemned by Palestinians and Arabs and criticized by various governments and international bodies. Blinken’s position, however, generated little media attention and negligible, if any, serious reprimand regionally or internationally. This should not have been the case.

By acknowledging the relevance of the issue of legality, then “leaving it aside”, in favor of the seemingly more pressing question of Israeli security, Blinken simply defended the status quo, that of perpetual Israeli military occupation, which is also championed enthusiastically by Republicans. 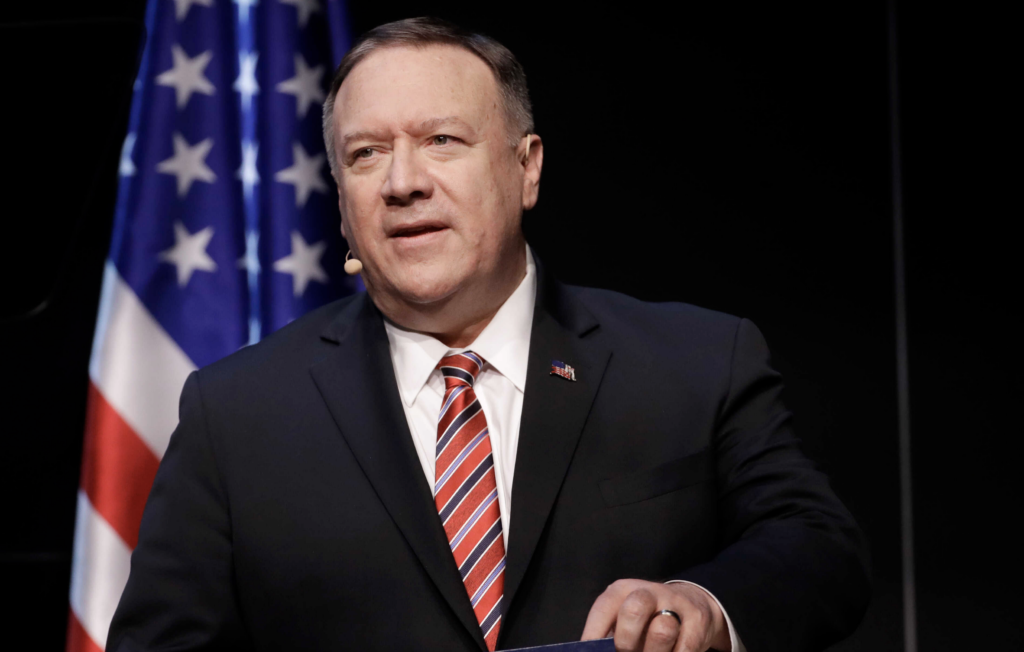 Former Secretary of State Mike Pompeo said, as he was accompanied by Israeli Foreign Minister Gabi Ashkenazi and speaking from the occupied Golan Heights, “This is a part of Israel and central part of Israel.”

Succinctly, this is the Democratic doctrine on Palestine and Israel in effect largely since the Bill Clinton era. The current administration of Joe Biden is, undoubtedly, following the same blueprint, which allows Washington to offer itself as a neutral party — an “honest peace-broker” — while helping Israel achieve its strategic goals at the expense of the Palestinian and Arab peoples.

The clear distinction between the Democratic and Republican discourses on Palestine and Israel is a relatively new phenomenon. Interestingly, it was the Republican George H. W. Bush administration that, in 1991, established the current Democratic narrative on Palestine. At the end of the First Gulf War, Bush championed the multilateral talks between Israel and Arab States in Madrid, Spain. Within a few years, a whole new American discourse was formulated.

The September 11, 2001 attacks on the U.S. supplanted the peace process discourse in Republican foreign policy literature with a new one, which is avowedly dedicated to fighting “Islamic terror.” Israel cleverly used the new American language and conduct in the Middle East to present itself as a direct partner in the U.S.-led global “war on terror.”

While Republicans increasingly ignore the rights and, sometimes, the very existence of the Palestinians, Democrats, who continue to support Israel with equal passion, use more moderate – although inconsequential — language

To stave off the collapse of U.S. global political leadership as a result of the Iraq invasion of 2003, the Barack Obama administration quickly restored the traditional American position, once again offering U.S. services as a benefactor of peace in the Middle East. True, Obama labored to restore America’s relevance as a “peacemaker.” His administration still utilized the disingenuous language of the past, one which constantly put the onus on the Palestinians, while gently reminding Israel of its responsibilities towards Palestine’s civilian population.

Obama’s Cairo speech in April 2009 remains the most powerful, yet indicting document on the numerous moral lapses and legal blind spots of U.S. foreign policy, particularly under Democratic administrations. The speech, which was meant to serve as a watershed moment in the U.S.’ approach to the Middle East region, fully exposed the caveats of U.S. bias towards Israel, predicated mostly on emotional manipulation and historical misrepresentations.

Obama deliberately fluctuated between the persecution of Jewish communities throughout history and Israel’s “right” to ensure its security at the expense of oppressed Palestinians, as if the systematic Israeli violence was carried out as genuine attempts to prevent further persecution of world’s Jewry.

Concerning Palestine and Israel, blaming the victim has been a central pillar of U.S. foreign policy, shared by Democrats and Republicans alike

Contrastingly, Obama insisted, with little sympathy or context, that “Palestinians must abandon violence”, thus painting the Palestinians and their rightful resistance as the true obstacle to any just peace in Palestine. Concerning Palestine and Israel, blaming the victim has been a central pillar of U.S. foreign policy, shared by Democrats and Republicans alike.

Yet, while Republicans increasingly ignore the rights and, sometimes, the very existence of the Palestinians, Democrats, who continue to support Israel with equal passion, use more moderate – although inconsequential — language.

For Democrats, Palestinians are the instigators of violence, although Israel may have, at times, used “disproportionate force” in its response to Palestinian violence; for them, international law exists, but can easily be “left aside” to accommodate Israeli security; for them, there is such a thing as internationally recognized borders, but these borders are flexible in order to accommodate Israel’s demographic fears, strategic interests and “military edge.”

Hence, it is easier to discredit the foreign policy agenda of Trump, Pompeo and other Republicans as their aggressive, dismissive language and action are unmistakably objectionable. The Democratic discourse, however, cannot be as easily censured, as it utilizes a mix of superficial language, political platitudes and historical clichés, worded meticulously with the aim of placing the U.S. back at the driving seat of whatever political process is underway.

While the Democratic discourse remains committed to arming and defending Israel, it provides Palestinians and Arabs with no meaningful change, because substantive change can only occur when international law is respected. Unfortunately, according to Blinken’s logic, such seemingly trivial matters should, for now, be “left aside.”