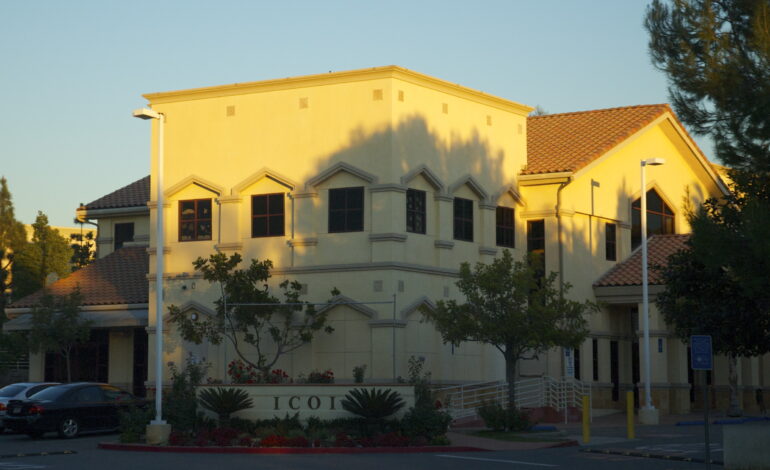 The Islamic Center of Irvine (ICOI) in California was the central mosque in a lawsuit involving the FBI's use of an informant to target Muslims in 2006. Photo via Creative Commons

WASHINGTON, D.C. — The U.S. Supreme Court has agreed to look at a decade-long class-action case involving the FBI’s use of an informant to spy on several LA and Orange County mosques, the Courthouse News reported Tuesday.

For more than a year, the FBI planted an informant in the mosques and instructed him to coerce and gather information from mosque-goers and community members. The FBI informant posed as a mosque attendee, encouraged people to join him in expressing extremist views, attempted to gather compromising information on members to recruit more informants and much more.

The class-action lawsuit was originally brought up by the American Civil Liberties Union (ACLU) and Council on American-Islam Relations in Los Angeles (CAIR-LA) and is one of several cases that explores how the FBI began profiling Muslim communities after the Sept. 11, 2001, terrorist attacks. The lawsuit sprang multiple court actions regarding the government’s infringement of constitutional protections, up till its current status in the Supreme Court.

In 2006, undercover informant Craig Monteilh, a convicted con man who posed as a Muslim named Farouk al-Aziz, was instructed by the FBI, under the domestic espionage program Operation Flex, to gather compromising information to coerce future informants. Monteilh’s undercover work ended in 2007 when a mosque called the police on him, as he had begun to express violent ideas in order to entrap mosque-goers. 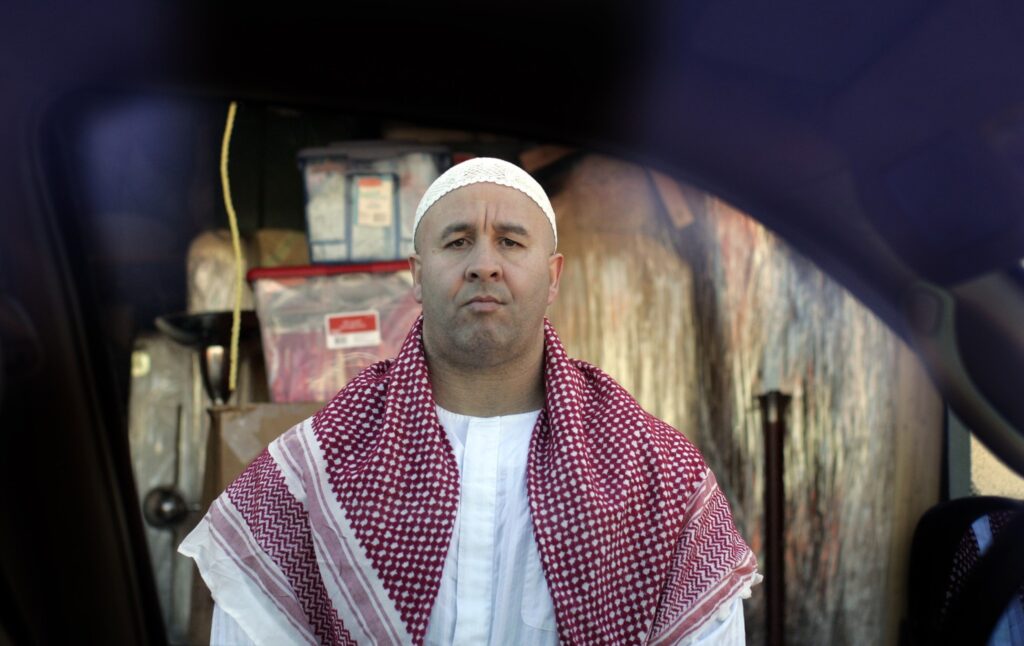 Convicted con man and informant Craig Monteilh was instructed by the FBI to pose as a Muslim mosque-goer. He was instructed to record conversations, use personal information to create more informants, co-opt Muslims into violent ideas and other activities. – Photo by the Los Angeles Times

Monteilh was later outed as an informant during a naturalization fraud case against an Afghan immigrant, who Monteilh admitted to have coerced into making certain comments defending a terrorist figure. Monteilh had previously encouraged people to visit jihadist websites and had recorded conversations using audio equipment and a hidden camera in a shirt button.

He went to 10 mosques in the area to interact with followers and attended up to four mosques in one day. The FBI paid him $6,000 to $11,000 per month to create video and audio recordings. The FBI had earlier assured the Muslim community in Southern California that it would never send an undercover informant to spy on believers.

The informant was instructed by FBI agents Kevin Armstrong and Paul Allen to seek out Muslims with certain national identities, such as Lebanese or Palestinians, to create distant links with groups such as Hezbollah or Hamas and threaten them into providing information, or justify additional surveillance.

Monteilh later had a falling out with the FBI, whom he sued. He publicly alleged that he’d been instructed to carry out an intrusive undercover operation, including the black market business, planting recording devices and even dating Muslim women and recording pillow talk

The class-action case also says Monteilh sold drugs such as Vicodin to build his reputation as a devout Muslim who had access to black market items. He was instructed to talk about jihad and armed conflict with community members and to openly suggest his own willingness to engage in violence.

Monteilh later had a falling out with the FBI, whom he sued. He publicly alleged that he’d been instructed to carry out an intrusive undercover operation, including the black market business, planting recording devices and even dating Muslim women and recording pillow talk.

The class-action suit was brought in 2011 by three Muslim plaintiffs, including an imama, accusing the bureau of spying and violating constitutional rights under the Foreign Intelligence Surveillance Act (FISA), which limits and regulates electronic surveillance. A judge dismissed all but the FISA and Fourth Amendment claims in 2012, but the Ninth Circuit Court took up several of the other claims in 2019. 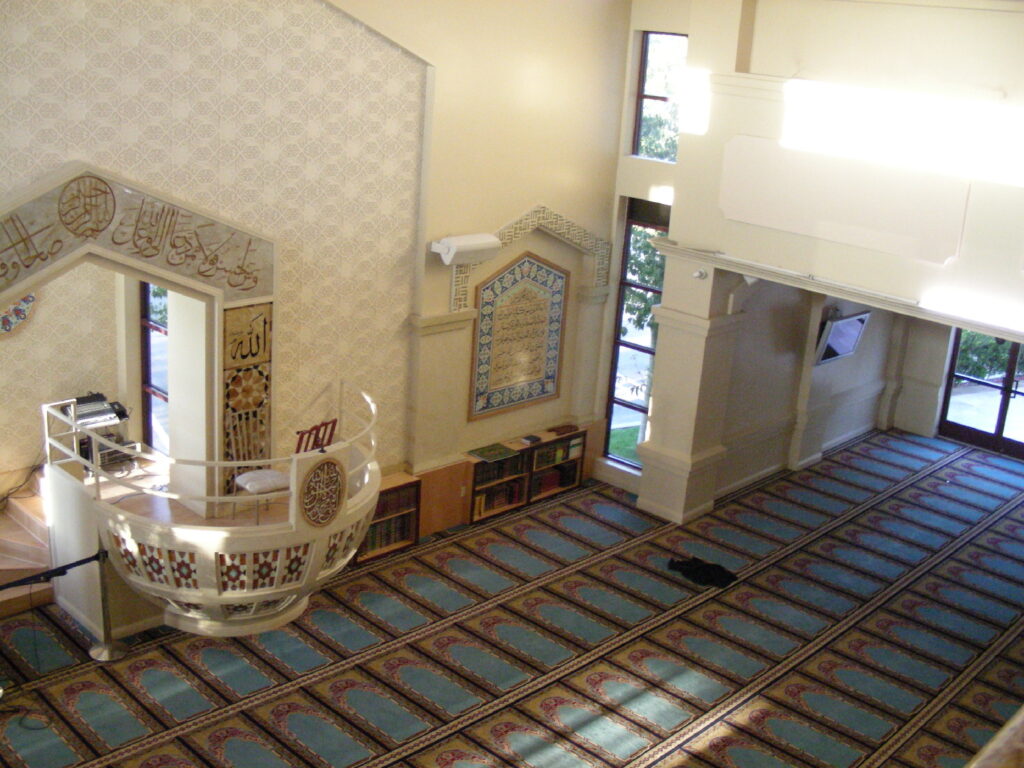 The interior of the Islamic Center of Irvine (ICOI) in California. Photo: Maryam Eskandari

The FBI had claimed that case needed to be dismissed as it had the potential to expose classified information, leveraging the government’s controversial and long-recognized power to thwart civil lawsuits: The state secrets privilege. The circuit court disagreed, saying the evidence could be looked at by the court in secret, and that FISA trumped the government’s privilege.

The FBI says the case will raise “exceptionally important questions” in the Supreme Court regarding the government’s responsibility to protect national security. But CAIR-LA said the case’s significance falls on the FBI’s disregard for constitutional rights of Muslims, based on their religious identity.

“The FBI infiltrated several mosques in Southern California, planted informants and targeted Muslim Americans for illegal spying solely because of their religion,” Hussam Ayloush, executive director of CAIR-LA, said in a statement last Monday. “The FBI’s actions were a clear violation of our Constitution and revealed that the FBI viewed, and continues to view, the American Muslim community as second-class citizens who are suspects until proven innocent.”

The central legal question the Supreme Court will take up involves whether the FISA law precludes the government from invoking the state secrets privilege, Politico reported.

The original lawsuit was filed under former President Obama. Government lawyers for both Obama and former President Trump fought the case, though Obama’s appointees somewhat narrowed the government’s state-secret claims. Under new leadership by Biden appointees, the FBI reaffirmed its request to the Supreme Court to take the case.