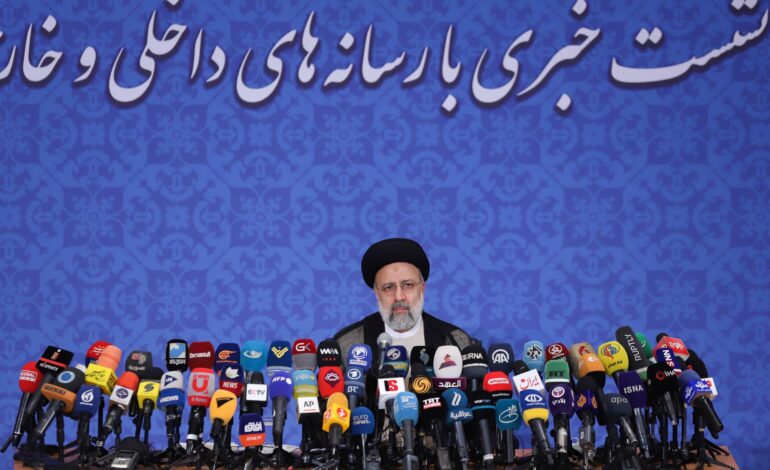 TEHRAN — Iran accused the U.S. on Tuesday of interference for saying its election was neither free nor fair as political factions traded blame for the record low turnout and high number of invalid ballots.

Ebrahim Raisi, a hardline judge who is under U.S. sanctions, secured victory as expected on Saturday in an election marked by voter apathy over economic hardships and political restrictions.

A U.S. State Department spokesman said on Monday the U.S. viewed the process that made Raisi Iran’s president-elect as “pretty manufactured”, reiterating the U.S. view that the election was neither free nor fair.

“We consider this statement as interference in our domestic affairs, contrary to international law and reject it,” Iranian government spokesman Ali Rabiei was quoted by state media as saying. Washington did not have the authority to express views on elections in other countries, he said.

On Monday, some 150 former U.N. officials and international human rights and legal experts called in a letter for an international commission of inquiry into the extrajudicial killing of thousands of Iranian political prisoners in 1988, in which Raisi is accused of involvement.

When asked about allegations that he was involved in the killings, Raisi told reporters, “If a judge, a prosecutor has defended the security of the people, he should be praised … I am proud to have defended human rights in every position I have held so far.”

More than half of eligible voters were too dissatisfied to vote in the Friday election or appeared to have heeded calls by dissidents at home and abroad to boycott the election.

Turnout in the four-man race was at a record low of around 48.8 percent and there were 3.7 million invalid ballots — an all-time high — thought to be mostly blank or protest votes.

The hardline daily Kayhan said the lowest turnout in presidential elections in four decades was due to Iran’s economic woes, which it blamed mostly on the government of outgoing pragmatic President Hassan Rouhani.

“It can be said without a doubt that the many livelihood problems and back-breaking pressures imposed on people by the government over the past eight years have been one of the main reasons for the falling rate of participation,” Kayhan said in a comment.

Iran is seeking to salvage a 2015 international agreement over the scope of its nuclear program and be rid of punishing U.S. sanctions that have crippled its economy.

A hardline election body had barred prominent moderates and conservatives from running in the election, which the moderate Jomhouri-ye Eslami newspaper said was the main reason people did not vote.

“Although one cannot ignore economic difficulties, limitations on people’s choices were more important,” it said. “Popular support for the system is in danger of diminishing …(through) people’s non-participation and invalid votes.”