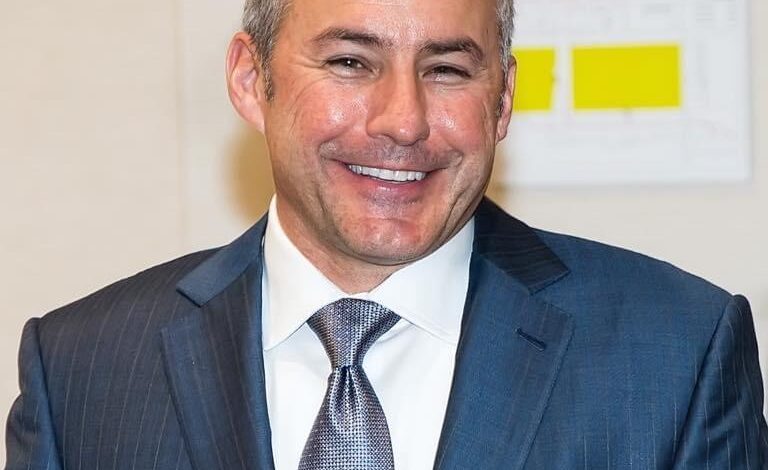 Before first being elected mayor in 2007, Wild served for six years on the City Council and two years on the Planning Commission.

“Serving as mayor of my hometown has been the honor of my lifetime,” he said. “I have worked hard to improve our community through some of Michigan’s toughest times. My team has successfully managed our city through the great recession, the Coronavirus epidemic, flooding, civil unrest and many other challenges and we have continued to make notable progress across the entire city. I know we still have much work to do and I’m excited to continue the path of reimagining our city for our residents and business owners.”

Since he was first elected, Wild has prioritized public safety, clean and safe neighborhoods, finding efficiencies within government, exercising fiscal management, protecting the environment and creating a healthier and more vibrant community.

As a former small business owner, Wild considers himself an entrepreneur, not a politician, and has stressed the importance of customer service for the city’s 85,000 residents.

Wild also serves as a United States Conference of Mayor’s Michigan ambassador and as co-chair of the USCM Small Business & Entrepreneurship Task Force. He also serves as president of the Board of Trustees for the Michigan Municipal League.

I know we still have much work to do and I’m excited to continue the path of reimagining our city for our residents and business owners. — Mayor Bill Wild

If re-elected, Wild said he has big plans.

“I plan to convert the vacant Marshall School into a modern recreation center in a potential partnership with the Detroit Metro YMCA,” he said. “I plan to continue building our local economy and attract businesses to diversify away from malls and retail. I plan to work hand-in-hand with our school districts to continue to improve educational and vocational opportunities for our youth. I envision creating a vibrant, walkable city center in the Westland Mall area, anchored by the new Westland City Hall and fire station along with the new Garden City Hospital, ‘Westland Health Center.’”

When William Asper was recently removed from the ballot, he told The Arab American News that there was significant corruption in the city and Wild’s administration, but Wild said that these accusations are absolutely not true but to be expected from opponents.

“In any election against an established incumbent you have a significant amount of campaign rhetoric,” he said. “I have built a very talented, ethical team and Westland has been a leader in transparency and accountability. We have created an open government portal on the city’s website, which has simplified the FOIA process, posted most requested FOIAs online without cost, created a financial dashboard, which gives residents a behind-the-scenes look into finances and have also created a dashboard for the police department that gives residents an update daily on arrests, crime, citations and other police activity broken down by age, gender, ethnicity, etc.”

Wild has also worked to have a diversified staff, including hiring Arab Americans Moe Ayoub, Ramzi El-Gharib, Hassan Saab and Liala Sobh as members of his administrative staff.

Wild and his wife, Sherri, a sixth grade science teacher, are both longtime residents of Westland and have three children, Luke, Lily and Payton. Wild is a self-proclaimed “West Wing junkie” and enjoys playing hockey, cooking, reading and attending his children’s after-school activities.