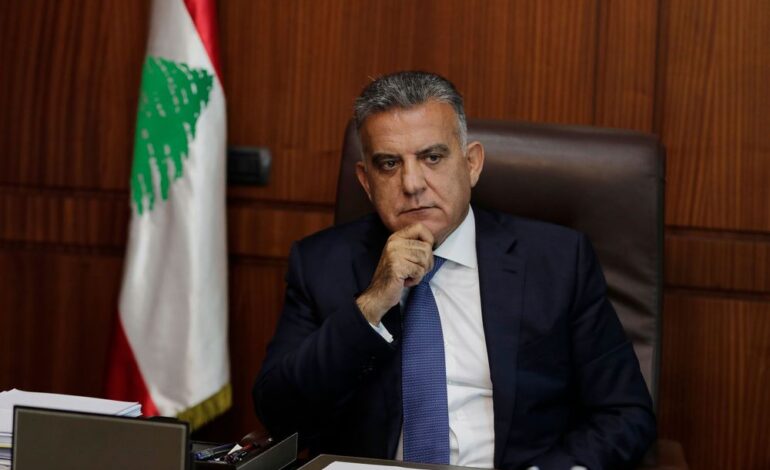 One of the most unfortunate aspects of Lebanon’s continuing crisis is the way criminal investigations into major violent acts are handled. This has been the case since Lebanon was founded last century. Most of these investigations either did not occur at all, were done unprofessionally or were derailed by misplaced politicization. After the major explosion at Beirut Port last August, there was talk within and outside Lebanon about the need for a professional, impartial and reliable investigation into the blast.

Unfortunately, a year into the process, we are back to same old refrain: Leaks, analysis, change of judges, smear campaigns, political exploitation, etc.  It is sad and literally criminal to use the blood of hundreds of victims for political gain in a country that is descending into the abyss at a faster pace every day.

What is even sadder is one of Lebanon’s leading security figures, in terms of effectiveness, professionalism and respect (inside and outside the country), is the latest target of an organized and vicious smear campaign founded in the Port explosion investigation. Recent leaks from the investigation, including by investigative judge Tarik Bitar himself, implied that the authorities had enough evidence to level criminal accusation against the head of Lebanon’s General Security, Major General Abbas Ibrahim.  Judge Bitar requested that caretaker Interior Minister Mohammad Fahmi lift Ibrahim’s immunity without any legal or factual basis. He did this while selectively confirming the immunities of other military chiefs, including the head of the army, General Joseph Aoun, the former head of  military intelligence, retired General Tony Mansour and others, even though the army is more involved in storage of ammunition and explosive material at the Port. What is worse than the actions of Judge Bitar is the chorus of media outlets and the orchestrated social media that joined the bandwagon and started attacking Major General Ibrahim, in a malicious effort to destroy his credibility and assassinate his character.

One must wonder why the concerted attacks on Ibrahim and why now? Why the false accusations and rumors? And why now?!

One must wonder why the concerted attacks on Ibrahim and why now? Why the additional false accusations and rumors about financial corruption and assets owned outside Lebanon? Which, by the way, were proven false and baseless. All this while leaking his potential culpability in the Port explosion is very coincidental timing. Are the people behind this campaign trying to hinder his ability to intervene to free hostages, as he did on many occasions in the past? Are they trying to stop him from being a credible emissary on behalf of Lebanon in the Arab world and beyond? It is no secret that he played a major role in saving Americans, Lebanese and international hostages (e.g. Albanian children in Al Hol Camp, Maaloula nuns, Lebanese nationals held in the UAE, Americans Sam and Nizar Zakka, Canadian Kristian Baxter, etc.).

The last thing Lebanon needs now is for one of its most credible and well-liked and respected officials to be discredited without clear evidence of wrongdoing. There is a reason why grand jury investigations and all major investigations in the United States are kept secret until someone is charged with a crime, especially if they involve public figures. The purpose of an investigation should always be to find the culprits, not to exact revenge on perceived political adversaries. When the judicial system is used at the service of politicians, the truth becomes the first victim and justice will never be rendered. Who benefits from this? The corrupt and the guilty.

Are the people behind this campaign trying to hinder his ability to intervene to free hostages, as he did on many occasions in the past?

Yes, no one is above the law, including both Major General Ibrahim and Judge Bitar. That is why the investigation should be conducted professionally and in secret. Let the chips fall where they may.

It pains Lebanese Americans to see this unfold in their own beloved homeland. We all saw what happened to the investigation into former Prime Minister Hariri’s murder when it turned into a political tool. That investigation was botched by people who were closest to Hariri and who decided that investigating and trying the case in the media was a good idea. The same mistakes should not be repeated again in the Port explosion investigation, if for no other reason but for the sake of the hundreds who died and thousand who were injured and/or lost property, and for the sake of Lebanon. Can that country conduct one investigation seriously and restore the trust of its people and the rest of the world in its judicial system? The time is now!