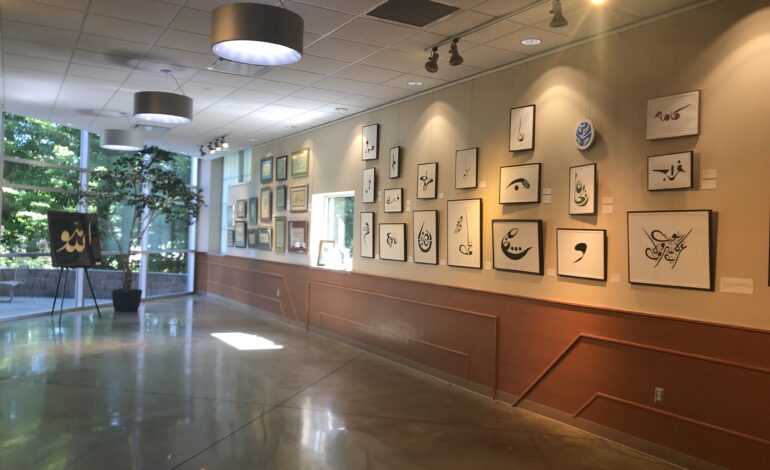 FARMINGTON HILLS — A unique exhibit celebrating the tradition of Arabic and Islamic calligraphy can be seen at the Farmington Hills City Hall, supported by the city’s Public Art Program.

A solo exhibit by Palestinian American and Farmington Hills resident Dr. Nihad Dukhan has been on display at the building and those interested in the age-old field of art can hear him speak about it on Sept. 15 at 7:30 p.m.

Works from Dukhan, who is also a professor of mechanical engineering at the University of Detroit Mercy, have been on display since Sept. 6 and will continue to be shown through Oct. 31 at the City Gallery, located inside City Hall near the Council chambers.

Dukhan’s work is also in permanent collections at the Arab American National Museum, the Smithsonian National Postal Museum, Istanbul Technical University and other places across the world. 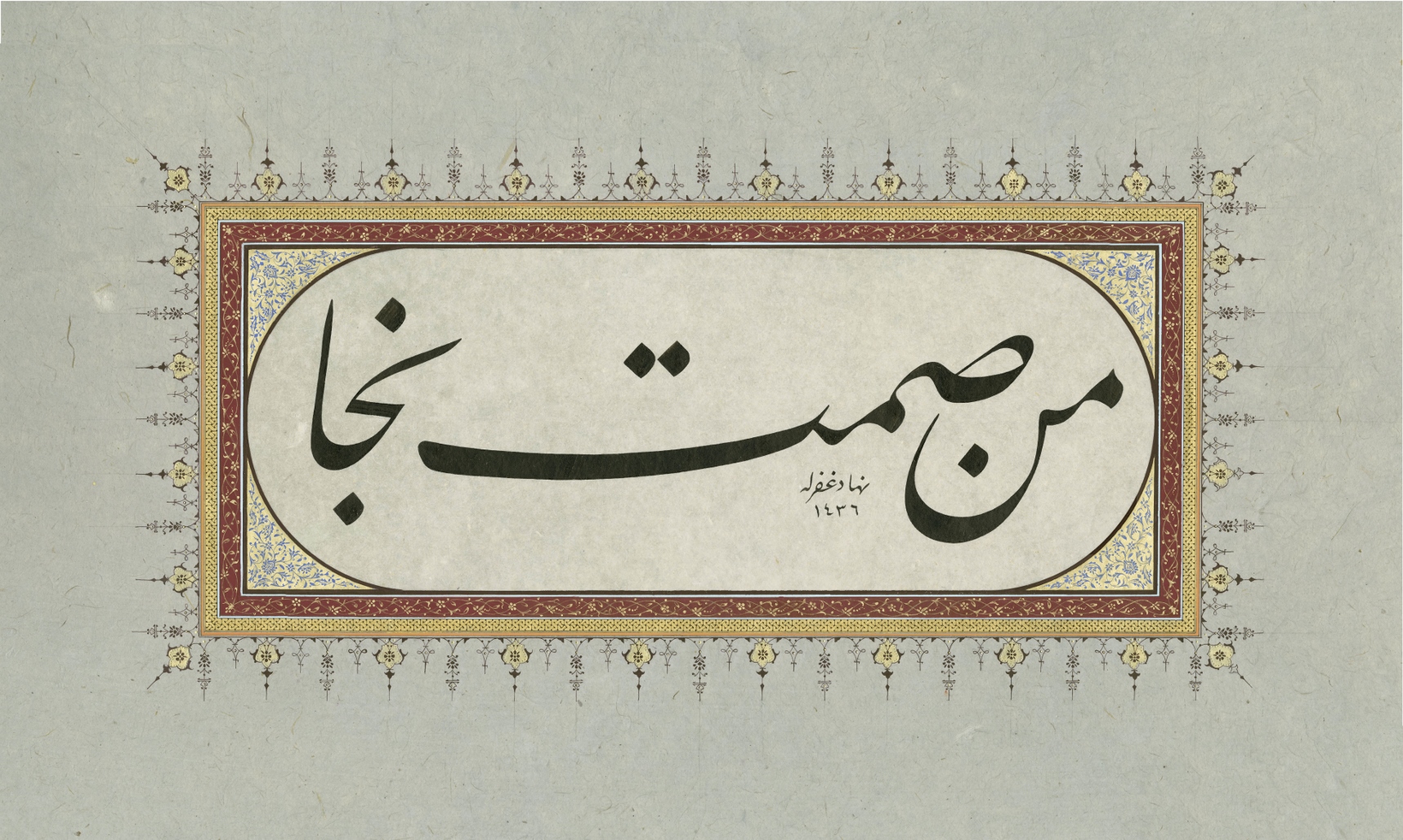 A native of Gaza, Dukhan’s interest in calligraphy began in the sixth grade. After 17 years of study, he received his Ijazah, or master of calligraphy degree, from the Istanbul Grand Master Calligrapher Hasan Celebi in the Thuluth and Naskh styles. He also hold a degree in the Taliq style.

The Arabic calligraphy style has roots that go back tens of centuries and is often seen practiced by religious scholars. Dukhan’s traditional calligraphy uses natural ink made from wood and oil soot on traditional Ahar paper. The work is completed using a reed pen and is illuminated by borders and ornamentation employing colors, gold and/or marble. 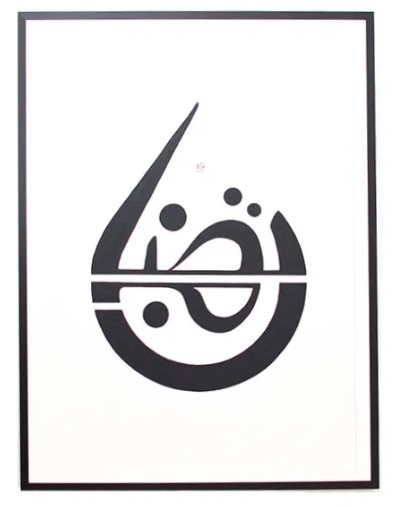 But much of Dukhan’s work is also experimental, modern and playful. He has been refining his own modern style since 1989. The modern look still encapsulates a deep knowledge of Arabic characters, Dukhan’s artistic sensibility and penchant for original forms. The modern style is often minimalist and uses acrylic colors with brush on a white canvas, focusing on single words and producing an iconography out of those words.

The Farmington Hills Public Art Program is part of the city’s Cultural Arts Division and helps give exposure to residents’ artistic pursuits.

“It is a brilliant, elegant body of work,” Cultural Arts Programmer Karla Aren told The Arab American News. “We are fortunate to have such a knowledgeable, sophisticated artist in our community. We wanted to host Dr. Dukhan’s exhibit with the Public Art Program last year, but the pandemic postponed it.”

The city’s Rotating Exhibit Gallery is open to the public Monday through Friday, 8:30 a.m.-4:30 p.m. Visitors are encouraged to wear masks.