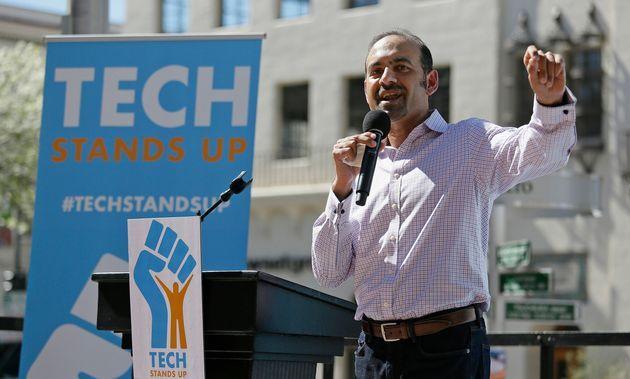 — Sunita Sohrabji is a contributing editor Ethnic Media Services (EMS). The following EMS article has been edited for style

WASHINGTON, D.C. — For the fifth time the afternoon of Nov. 17, Senate Republicans stalled the confirmation of Dilawar Syed as deputy administrator for the Small Business Administration, all failing to show up for a vote in the Small Business Committee, which would have advanced the nomination to the full Senate.

“What is happening to Dilawar is unfair and unjust,” Wade Henderson, president of the Leadership Conference on Civil and Human Rights, told Ethnic Media Services ahead of the committee hearing. The prominent civil rights leader believes that Syed is being targeted because of his religion.

“This is anti-Muslim bigotry and we must stand up in righteous indignation,” Henderson said.

If he is confirmed, Syed would be the highest-ranking Muslim American ever to hold a Cabinet position. The nominee, originally from Pakistan, is the former president and CEO of Lumiata, a San Francisco Bay Area-based company that aims to develop artificial intelligence for use in health care to reduce costs and improve patient outcomes.

He co-founded the AAPI Victory Fund, which gave President Biden an early endorsement during his 2020 presidential bid. In 2010, former President Obama appointed Syed to the President’s Advisory Commission on Asian Americans and Pacific Islanders. Syed also led the Obama administration’s engagement with entrepreneurs and innovators. 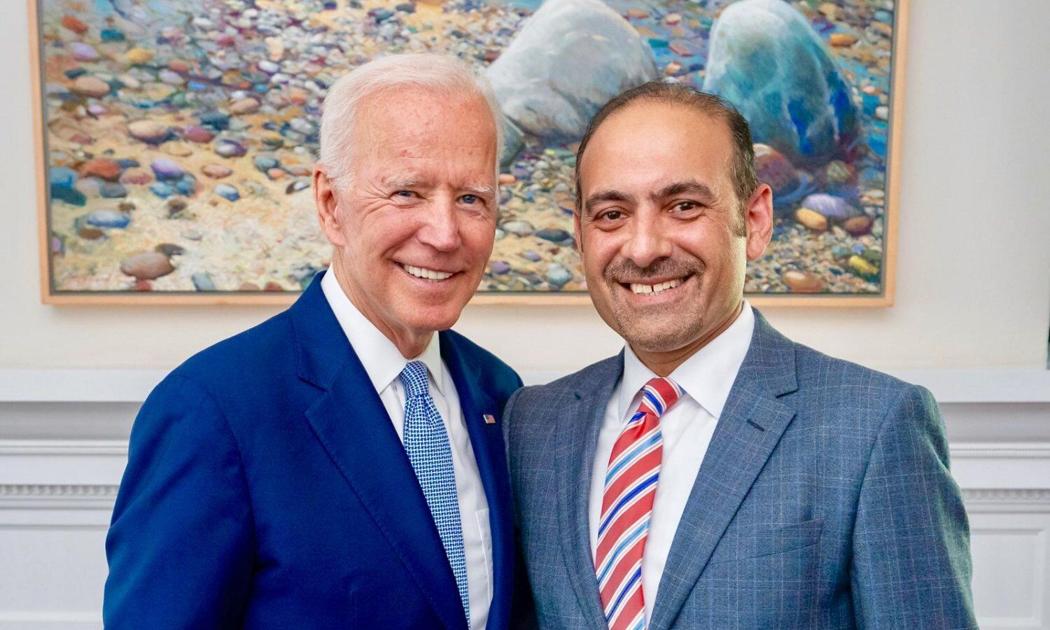 But not a single Republican showed up at the committee hearing, depriving the committee of the one Republican it would need for a quorum to vote. Sen. Mazie Hirono (D-Hawaii), an ardent supporter of Syed, asked a photographer to take a photo of all the empty Republican chairs. Cardin later made remarks on the Senate floor about the stalled nomination.

Syed told EMS he could not discuss the confirmation process.

A number of prominent Jewish organizations came to Dilawar Syed’s defense, including the American Jewish Committee and the Anti Defamation League. The organizations noted that the nominee has traveled to Israel to promote U.S.-Israel business relationships.

Chris Meagher, deputy press secretary at the White House, told EMS, “Dilawar Syed is well-qualified to serve as deputy administrator of the SBA, which has been critical in providing relief to small businesses in the midst of the pandemic. And yet his confirmation is being held up in an unprecedented way and for no good reason by GOP members of the Committee.”

“By again refusing to show at a committee hearing, these members are not just slowing his vote, but also slowing help to American small business owners and workers who are trying to build back from the pandemic,” Meagher added. “During this critical moment for Main Street businesses across America, the GOP members of the Small Business committee (must) do their jobs: Show up to the committee, hold an up-or-down vote on Syed’s nomination and get back to work on behalf of our nation’s small businesses.”

Syed’s confirmation has been beset with controversy since March, when Biden nominated the San Francisco Bay Area resident. The nominee was first targeted for his involvement with Emgage, which characterizes itself as an organization seeking to empower Muslim Americans through political literacy and civic engagement. Republicans — led by Sen. Rand Paul of Kentucky who serves as the ranking member of the SBC — falsely stated Syed’s support for the Boycott, Divestment and Sanctions movement against Israel.

A number of prominent Jewish organizations came to Syed’s defense, including the American Jewish Committee and the Anti Defamation League. The organizations noted that the nominee has traveled to Israel to promote U.S.-Israel business relationships.

The AJC released a statement by Syed. “Let me unequivocally state that I do not support BDS. Throughout my career, I have supported engagement with Israeli business. I have personally conducted business with Israeli companies and have mentored entrepreneurs based in Israel.”

Republicans next focused on Paycheck Protection Program loans distributed to Lumiata. Cardin said he sat down with Senate Republicans and the Small Business Administration to show that the loans were properly obtained under the regulations of the program initiated to save small businesses floundering amid the COVID-19 pandemic. Moreover, he noted, Lumiata returned the loans before Syed’s nomination when it secured other means of funding.

In a Sept. 29 statement on the Senate floor, Paul said, “The Biden administration has continued to obstruct congressional oversight of the illegal Planned Parenthood loans and the nominee has refused to provide a commitment to the Committee that he would take action to recover the funds.

“The Republican members of the Small Business Committee have continued to make it clear that we will not allow a vote on this nominee to occur until the SBA takes action to recover the illegally acquired PPP funds by Planned Parenthood entities,” Paul added.

The Republican stand-off now focuses on PPP loans made to Planned Parenthood. Senator Rand Paul (R-KY) has said that he will not move forward with Syed’s nomination until the Planned Parenthood loans are returned.

Cardin said he has spoken to Republican SBC committee members about the loans to Planned Parenthood and noted they were properly obtained under the auspices of the program.

“I am puzzled as to why not a single Republican has shown up for this hearing, since we have addressed and satisfied all of their concerns,” he said.

“The issue here is not Mr. Syed,” she said, noting that a small group of Republicans are “threatening the economy and national security.”

“This cannot go on,” she added. “We have seen excuse after excuse to stop this nomination from going forward. There is no substantive issue here.”

Shekar Narasimhan, who founded the AAPI Victory Fund with Syed, told EMS that the nomination is not dead.

“Democrats will have to work with Republican objections and they will continue to put his nomination up,” he said, noting that just one Republican has to show up to advance the nomination to a full Senate vote.

“This is now a cause and movement, far greater than Dilawar,” Narasimhan said.