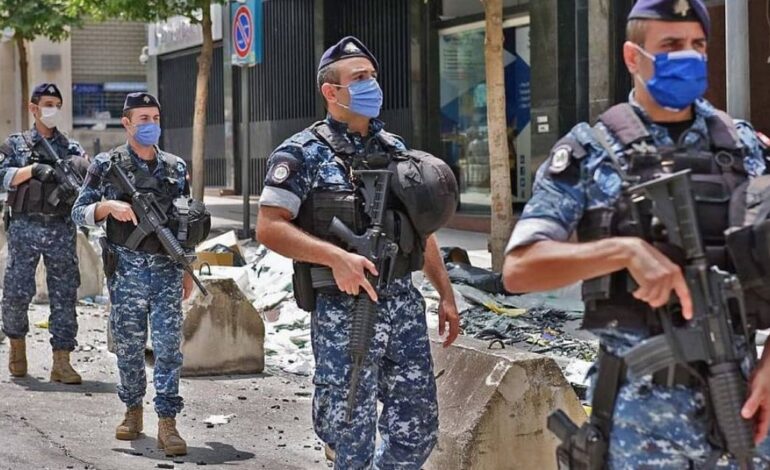 Lebanese authorities said on Monday that the country’s intelligence and security agencies dismantled 17 Israeli spy rings and made numerous arrests in connection with the network.

The spy network was embedded in various aspects of Lebanese society and collected data on politicians and NGOS, specifically targeting Palestinian resistance and Hezbollah.

The security operation was carried out four weeks ago in a collaboration between intelligence and Lebanon’s Internal Security Forces (ISF). Authorities were able to obtain cases involving dozens of suspects who directly or indirectly collaborated with the Israeli occupation.

Some 35 suspects were summoned for questioning and 20 were arrested. Twelve were confirmed as working for Israel by the intelligence agency. Fifteen suspects were released after it was found that they were working for international organizations and not for Israeli intelligence, Haaretz reported. The arrests were made in different operations in different areas across Lebanon.

According to a statement read by Acting Information Minister Abbas Halabi, Lebanese Prime Minister Najib Mikati said the arrests had helped stop “efforts to tamper with security and sabotage the stability of the country.”

Al-Akhbar was the first to report on the operation to uncover the spy network. It said suspects gathered data on Lebanon’s economic situation and on local real estate market, particularly in the Beirut suburb of Dahieh in which Hezbollah offices are located.

The suspects were recruited through social media and had received payments of $100- $200 declared as assistance from family members as to not tip off security officials. The payments were transferred to the suspects through countries in South America, Africa and East Asia.

Al-Akhbar said that the suspects came from different nationalities, among them were Lebanese, Syrians and Palestinians.