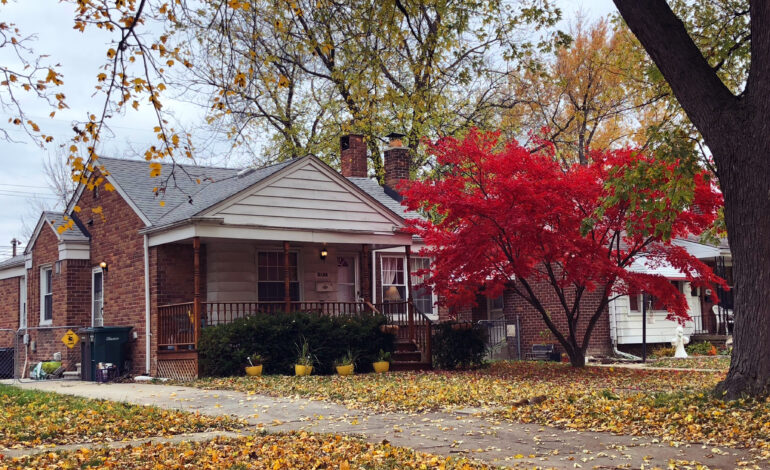 A new real estate report reveals the desperation and anxieties behind millennial home ownership in the pandemic-era home market.

The report, published by Clever, a real estate data company, says it surveyed millennials to get insight into the economic reality of their home buying habits and  preferences. In popular understanding, a millennial is typically described as someone born between the early 1980s and mid-90s.

Millennials are increasingly willing to make rash decisions to afford a home in a competitive market, the report says, including buying a home sight unseen (90 percent of those surveyed), purchasing a fixer-upper that needs major repairs and offering over well over the asking price.

Behind this desperation are historically low-interest rates combined with limited housing stock, which made market conditions ripe for a record-setting swell in home values during the COVID-19 pandemic — 20 percent from September 2020 to September 2021.

The report says millennials have commonly responded to the market by increasing their budgets, with 46 percent expecting to max it out completely. Researchers also found that one-third (33 percent) of the millennial they spoke to plan to purchase a home that costs more than around $405,000 — the median U.S. home price.

The desperation has driven one in six millennials surveyed by the report’s researchers to say they would offer $100,000 or more above the asking price on their dream home.

90 percent would buy a home sight unseen, pay over asking price and buy a fixer-upper just to get into something, and they’re not alone. It’s happening across the board for millennials, and even boomers. — Jaime Seale, real estate researcher

Though 82 percent of those surveyed said they would buy a fixer-upper, one in four regret doing so. Thankfully, there are still issues like foundation problems, leaky roofs and more that are deal breakers for even the most eager buyers.

Coupled with these outrageous costs is the already-crippling debt that now adds pressure on new homeowners’ daily budgets. Student debt, unsurprisingly, is the second-highest consumer debt category behind mortgages. The report says that since the pandemic began, nearly half of Americans have taken on more credit card debt. Interestingly, millennials (29 percent) are more than twice as likely as boomers (13 percent) to be concerned about medical debt.

Thirty-seven percent of surveyed millennials view this debt as a significant barrier to homeownership. Due to the burden of debt looming over many millennials, 1 in 3 worry that they won’t be able to qualify for a mortgage at all. Not having enough money for a down payment is already understood by real estate experts as a significant barrier for first-time buyers in this age group.

Of the reasons why those surveyed said they want to buy a home in the next 12 months, almost half said it was a good investment, but reasons included the need to raise a family and to take advantage of low interest rates.

Report writer Jaime Seale spoke to The Arab American News about the implications of the findings.

Seale said that for a lot of millennials, price are going up and are likely to continue to go up; and some of them feel this rush of having to get into a house now, or else in a year they won’t be able to afford it.

“Even if it’s a little outside their budget, or it’s going to a little more expensive than they planned, they believe that if they wait, it’ll be that much more expensive,” she said. “And their incomes aren’t inflating at the same rate as housing.”

Seale said that in a housing boom, when one house sells over the asking price, the whole market is affected, resulting in a continued increase in average home values in that neighborhood.

“The big takeaway here is that millennials are desperate to own homes and so they’re going to make these risky decisions, and you see that in the report,” she said. “One of the top points is that 90 percent would buy a home sight unseen, pay over asking price and buy a fixer-upper just to get into something, and they’re not alone. It’s happening across the board for millennials, and even boomers.”

Clever’s 2022 data also reveals that on top of a mortgage, the average cost of owning a home is roughly $15,405 every year for expenses such as maintenance and other hidden costs.52 percent of respondents to another survey said the true cost of owning a house took them by surprise.

One in three U.S. homeowners spend more than $5,000 on maintenance, and spend $2,000 more than renters on utilities each year.

The share of homeowners spending more than 40 percent of their household income on housing has nearly doubled in the past two years since the pandemic began (16 percent in 2019 vs. 29 percent today).