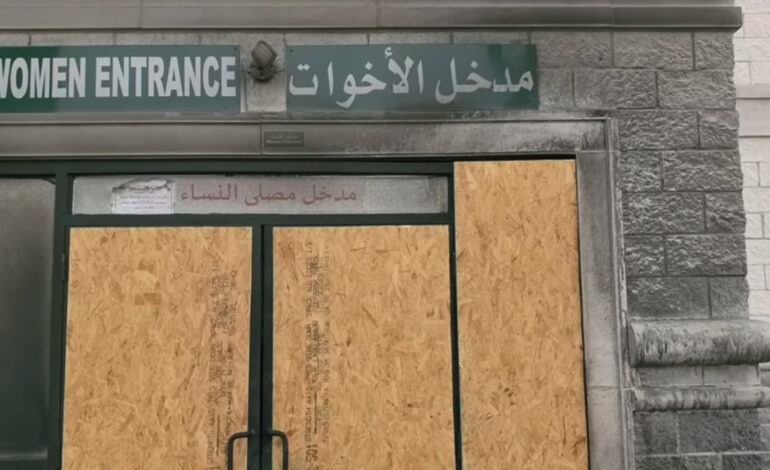 The Al-Huda Mosque in Dearborn has a boarded up women's entrance from an arson attack early Saturday. File photo

UPDATE: The Arab American News has learned from sources that the suspect in the attack on the Al-Huda mosque Saturday morning is believed to unfortunately be a member of the Arab American community.

Authorities believe he may have been suffering a mental health episode at the time of the fire attack.

Local and federal law enforcement agencies assure the community that a deeper and thorough investigation is underway to get to the bottom of the crime.

The FBI has confirmed to us that there is no credible threat against any house of worship in our area at this time. The FBI continues to be vigilant and on the watch and asks the community to communicate any suspected activities.

The Dearborn Police, along with Detroit Police and State Police, is joining federal agencies in their investigation on the case.

U.S. Attorney Dawn Ison called to share her concern about the attack and share information as she continues monitoring the situation and stays in touch with federal and local law enforcement agencies.

Our deepest appreciation to Dearborn police, who were on the seen immediately to deal swiftly and decisively with the perpetrator.

We will keep you posted as we know more. 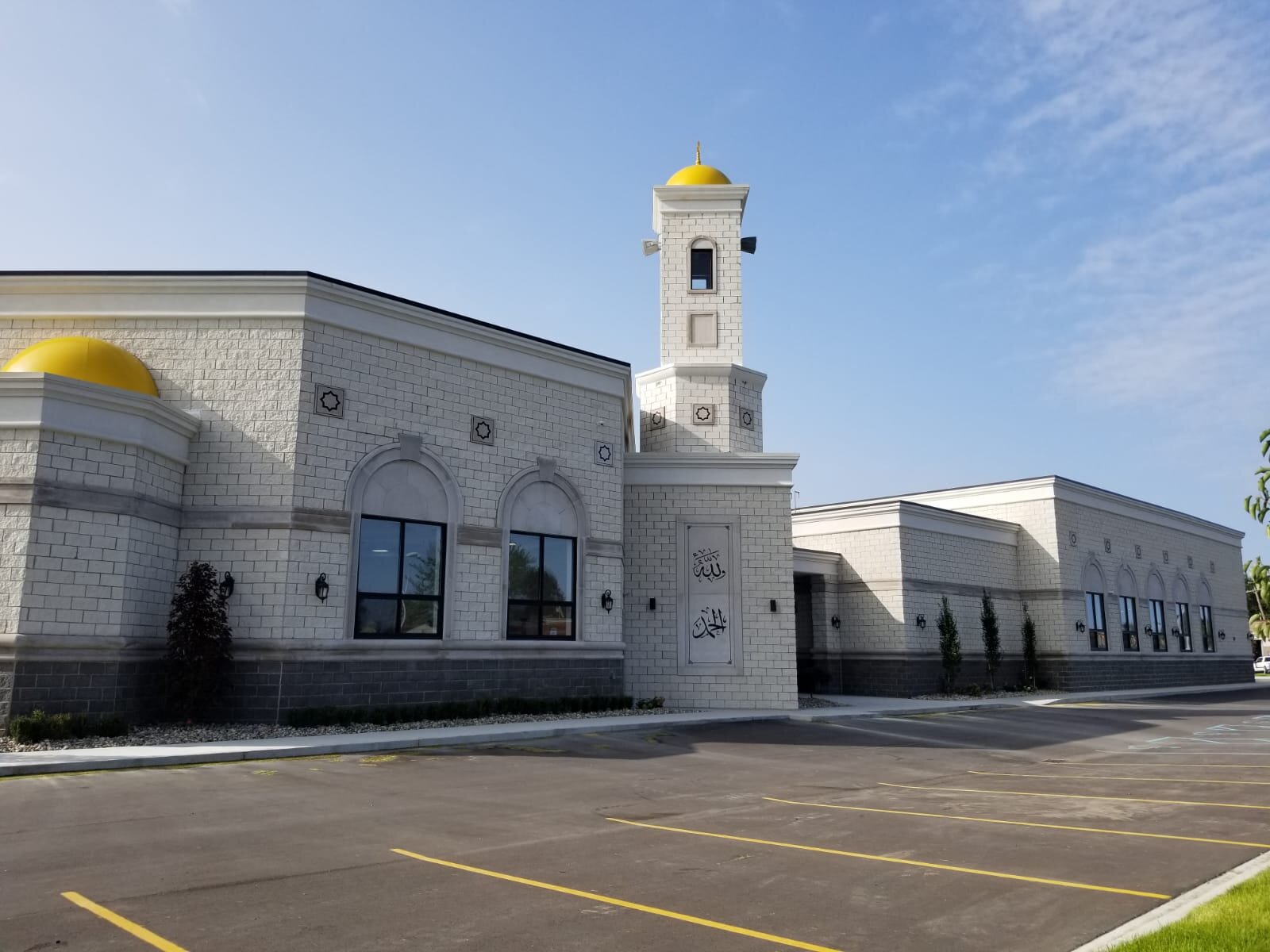 DEARBORN — Early Saturday, Feb. 12, Dearborn police on patrol observed a fire at the Al-Huda Islamic Association at 8835 Warren Ave. on the city’s northeast side.

The officers responded to the fire and encountered an armed individual at the scene who appeared to have shot at the officers. The officers pursued the armed suspect southbound on Lonyo Avenue. 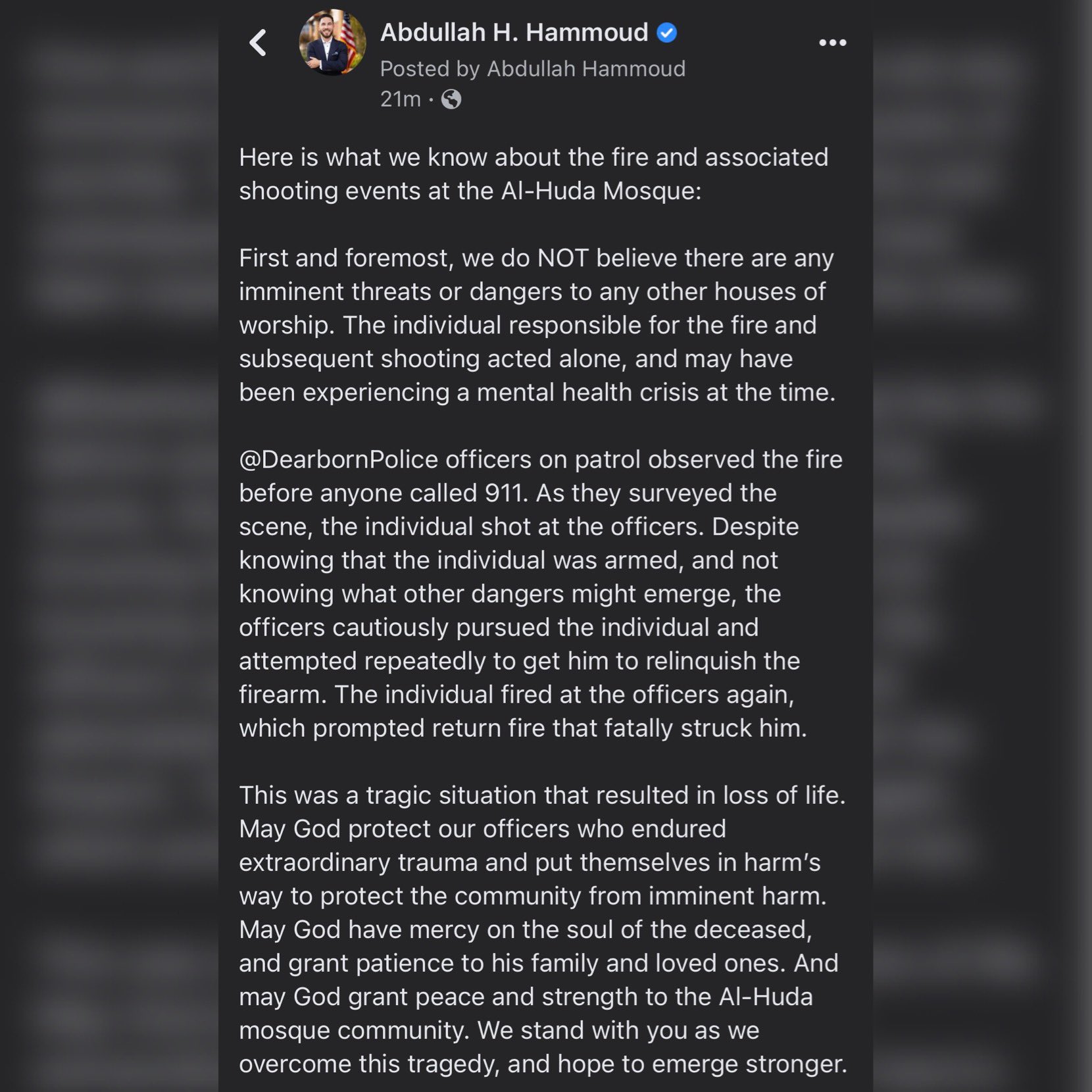 A joint task force of the Detroit Police Department and Michigan State Police are investigating the incident as it occurred outside of Dearborn’s city limits.

“This was a tragic incident for our faith community and the Dearborn community overall that unfortunately led to a loss of life,” Dearborn Police Chief Issa Shahin said. “I commend our officers for responding with the utmost professionalism and courage to protect the community from imminent danger.”

Anyone with information related to this incident is asked to contact the Detroit Police Department.