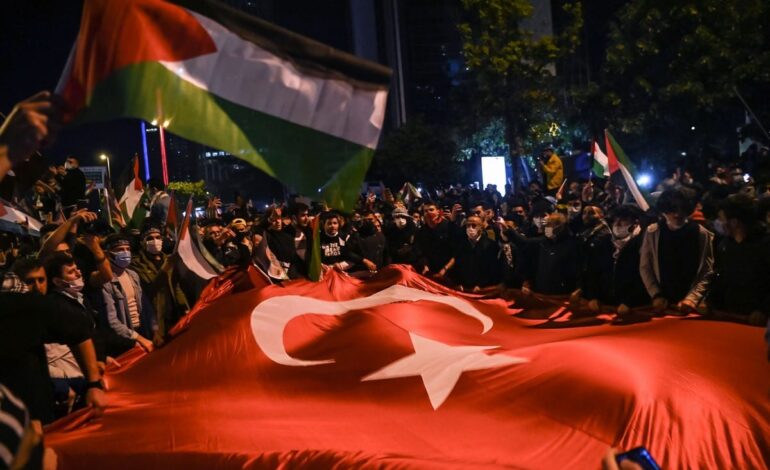 Turkey has been a long standing supporter of the Palestinian State and Muslim Brotherhood initiatives. What does its new rapprochement towards Israel mean for that backing?

This March, Turkish President Recep Tayyip Erdoğan plans to meet with Israeli President Issac Herzog in Ankara for the first time in 13 years. While the meetings are set to discuss strategic gas imports to Israel, they also sit upon long standing moral tensions of Turkey’s support for the Palestinian State.

Although the two countries have constructive relations, they have dwindled severely in the past decade: Mostly due to Erdoğan’s political Islamist leadership that has been vocal against Israel’s treatment of the Palestinian people.

Despite Turkey being the first Muslim majority nation to recognize Israel in March of 1949, Turkey has been a major supporter of the Palestinian National Authority only bolstered by Erdoğan’s eight year long presidential reign. The obvious tensions this support presents has rattled Israeli and Turkish diplomatic relations: In 2010, both countries withdrew their ambassadors after IDF forces stormed a Gazan-directed humanitarian aid flotilla that broke an Israeli blockade, killing nine Turkish activists. In 2018, Turkey expelled its Israeli ambassador after the Trump-backed embassy moved to Jerusalem. Israel recalled its envoy in response.

From a strategic perspective, Turkey may be trying to end its international isolation and repair ties with powerful players, including Egypt and the Gulf countries.

Tensions are as recent as this past week, with Turkey charging 16 people with political and military espionage on behalf of Israel.

So why is it that with all of this baggage, Turkey is attempting rapprochement? The answer may be its strategic need.

Turkey’s economy has hit an all time low with a major currency crisis and trade deficit, and its once strong pro-Palestine allies against Israel, including Arab neighbors, have now made financial and other agreements with Israel. From a strategic perspective, Turkey may be trying to end its international isolation and repair ties with powerful players, including Egypt and the Gulf countries. Turkey is also perhaps realizing that its harboring of pro-Muslim Brotherhood policies with Qatar may be isolating them from repairing relations with these regional powerhouses.

But while Erdoğan may be making these diplomatic attempts at normalizing relations for Turkey’s economic and political security, he still remains in its harsh pro-Palestine stance both vocally and monetarily. Turkey has made no plans in stopping its monetary support both for Hamas and general humanitarian aid, which amounts to more than “300 million USD in total assistance directly from government to government and indirectly through international organizations like UNRWA and WFP since 1995”, according to the Turkish Ministry of Foreign Affairs. Turkey has also made continued statements against Israel in the past year, including over recent Palestinian clashes at the Al Aqsa mosque calling Israel a “terror state.”

On top of Turkey’s institutional political stances, anti-Israeli occupation sentiment has historically been strong among Turks. According to a 2014 Pew Research Poll, 86 percent of Turks hold negative views of Israel. Earlier this month, after the initial announcement of the upcoming meeting between the presidents, Turks protested outside of Israeli Consulate in Istanbul. The Palestinian cause still remains of high value among citizens, especially among pro-Erdoğan voters.

As Turkey still remains strong in its pro-Palestinian stances even while attempting to normalize tension with Israel, Israeli nationals have remained skeptical of engaging with Turkey.

Turkey’s Foreign Minister Mevlut Cavusoglu ensured both the international and domestic community that the normalization of relations with Israel “will not come at the cost of Palestine.” Cavusoglu also stated that normalization may even be beneficial to Palestine, suggesting that Turkey may be able to vouch further for a two-state solution.

As Turkey still remains strong in its pro-Palestinian stances even while attempting to normalize tension with Israel, Israeli nationals have remained skeptical of engaging with Turkey. Much criticism from the Israeli right has been at Turkey’s funding of Hamas and that in order for Turkey to be serious about rapprochement it must make concessions on its views.

The reality is that any fruitful meeting between the two countries will require each side to make concessions. The question is whether Turkey’s concession will be its support of Palestine.

— Mina Mohammadi is a senior at NYU majoring in politics with a double minor in data science and global liberal studies. She is the president of Women in Communications at NYU and a member of the National Association of Middle Eastern and Arab Journalists.