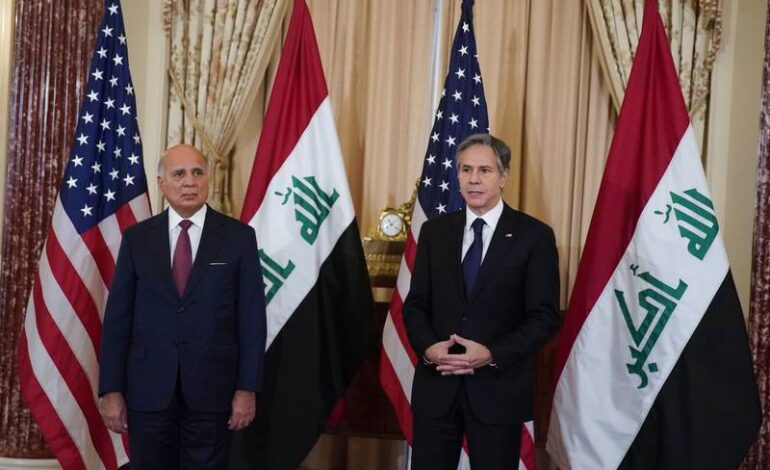 WASHINGTON, D.C. – The U.S. said on Tuesday it has reopened a refugee program for Iraqis that was placed on hold for more than a year during an investigation into fraud.

Officials will resume processing applications that were suspended during the probe and accepting new petitions for resettlement as part of the Iraqi “Direct Access” refugee program, according to a statement from the U.S. Department of State.

More than 40,000 applications that covered more than 104,000 people were frozen when the probe was launched in January 2021. U.S. investigators suspected some 4,000 Iraqis of filing false applications for resettlement as refugees.

The U.S. Department of State said it “identified and resolved” its concerns about the program and would ensure that only “bona fide and qualified Iraqis” are considered for resettlement.

“The United States is committed to ensuring those who sacrificed their own safety for our collective interests have an opportunity to seek refuge in the United States,” department spokesperson Ned Price said in the statement.

“This includes Iraqis who have served alongside U.S. service members.”

The program was suspended after an indictment was unsealed that accused three foreign nationals of fraud, records theft and money laundering.

The alleged fraud ran from February 2016 until at least April 2019, according to the indictment, and the investigation began in February 2019, a State Department document said.

Sponsored by the late Senator Edward Kennedy, the “Direct Access” program was authorized by Congress four years into the 2003-2011 U.S. occupation of Iraq and the sectarian bloodletting it unleashed. The program aimed to speed resettlement in the U.S. of Iraqis endangered by working for the U.S. government.

The program had shortened the process for Iraqi groups “of special humanitarian concern” to obtain U.S. refugee resettlement, dropping a requirement that they first obtain referrals from the United Nations refugee agency.

“All refugees undergo the highest level of security screening and vetting, including extensive interviews and the vetting of biographic and biometric information,” Price said in the statement.

“Only after an applicant has cleared all security vetting can they be deemed eligible for admission to the United States.”