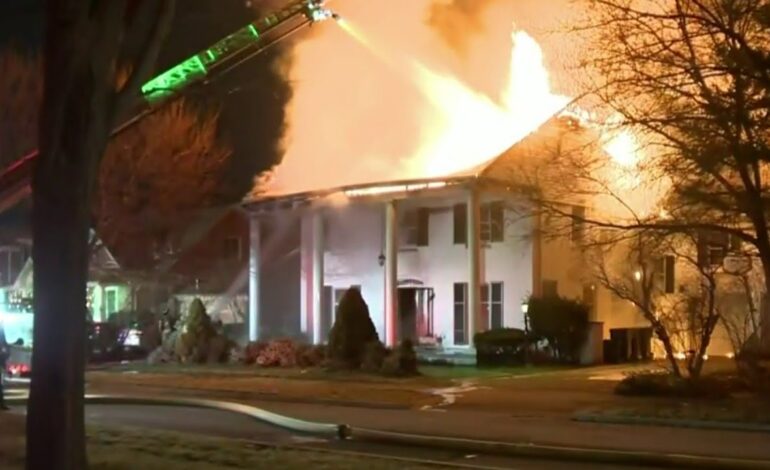 The scene of an April 4 fire on Oakman Boulevard in Dearborn. (WDIV)

DEARBORN — The Dearborn Police Department and Dearborn Fire Department are investigating a house fire that they believe to be “suspicious.”

Firefighters and police officers were called at approximately 4 a.m. on April 4 to a house on the 7800 block of Oakman Boulevard, where the entire back of the home was fully engulfed in flames.

No one was inside the home at the time of the fire and no injuries were reported, but both departments are investigating as they have not yet determined a cause of the fire.

“Thankfully, no one was injured as a result of this house fire and the Dearborn Fire Department was able to quickly extinguish the flames without further property loss,” Dearborn Police Chief Issa Shahin said. “I implore anyone who may have witnessed any suspicious activity this morning to provide this information to investigators.”

Anyone with information about this case is asked to contact the Dearborn Police Department at 313-943-2240 or Crime Stoppers at 1-800-SPEAK-UP if they wish to remain anonymous.