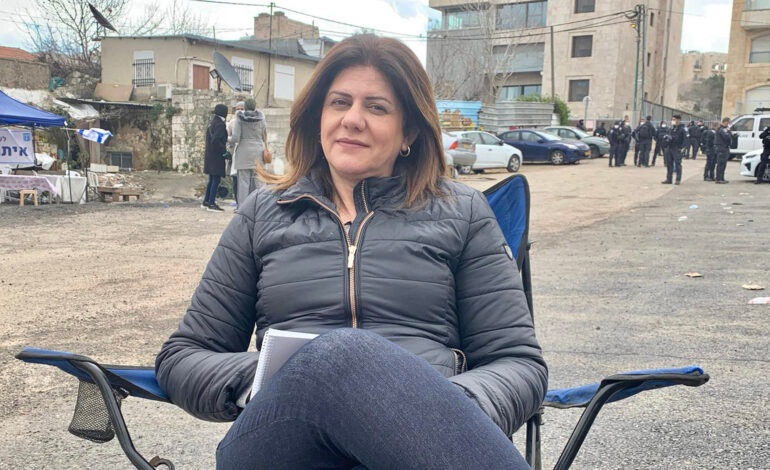 This report was originally published by members of Al Jazeera’s staff, whose colleague Shireen Abu Akleh was killed last Wednesday by Israeli occupation forces while she was covering a raid on the Jenin refugee camp in the occupied West Bank. It has been edited for style

Shireen Abu Akleh, the Palestinian Al Jazeera journalist killed by Israeli forces on Wednesday, was a veteran television correspondent who became a household name across the Arab world for her bold coverage of the Israeli-Palestinian conflict.

A native of Jerusalem and a citizen of the U.S., Abu Akleh, 51, is survived by her brother, Tony Abu Akleh.

Friends and colleagues described Abu Akleh as a brave and kind reporter with an “infectious laugh” who gave voice to the struggles of Palestinians over a career spanning nearly three decades.

“Our loss is so huge,” said Nida Ibrahim, an Al Jazeera correspondent and colleague of Abu Akleh’s in the occupied West Bank. “She was kind, dedicated and devoted. She knew the story through and through and she understood the nuances. She brought a wealth of information to her reporting.”

Speaking through tears, Ibrahim described Abu Akleh as a “unique” human being who was “very well known, but modest” and committed to her profession. 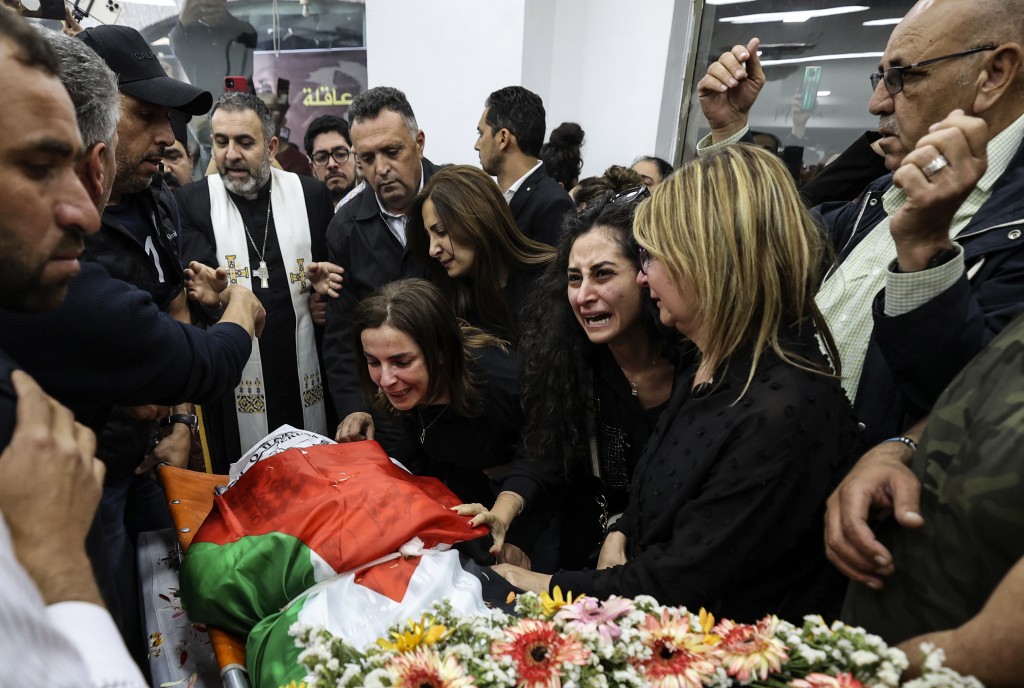 At the time of her death, Abu Akleh had been learning Hebrew in order to understand Israeli media narratives better and had just finished a diploma in digital media, Ibrahim said.

“She’s not only someone who was a veteran, who’s been here covering the story for years, but also someone who was eager to keep learning and keep reporting using new means.”

“An inspiration for us all”

Born in Jerusalem in 1971, Abu Akleh, who was a Christian, initially studied architecture before switching to journalism at Yarmouk University in Jordan. After graduating, she returned to Palestine and worked for several media outlets, including Voice of Palestine Radio and the Amman Satellite Channel. She joined Al Jazeera Media Network a year after it was launched in 1996 as one of the Qatar-based Arabic-language network’s first field correspondents and gained fame for her coverage of the second Palestinian Intifada in 2000.

“I chose journalism to be close to the people,” Abu Akleh said in one video. “It might not be easy to change the reality, but at least I could bring their voice to the world.” 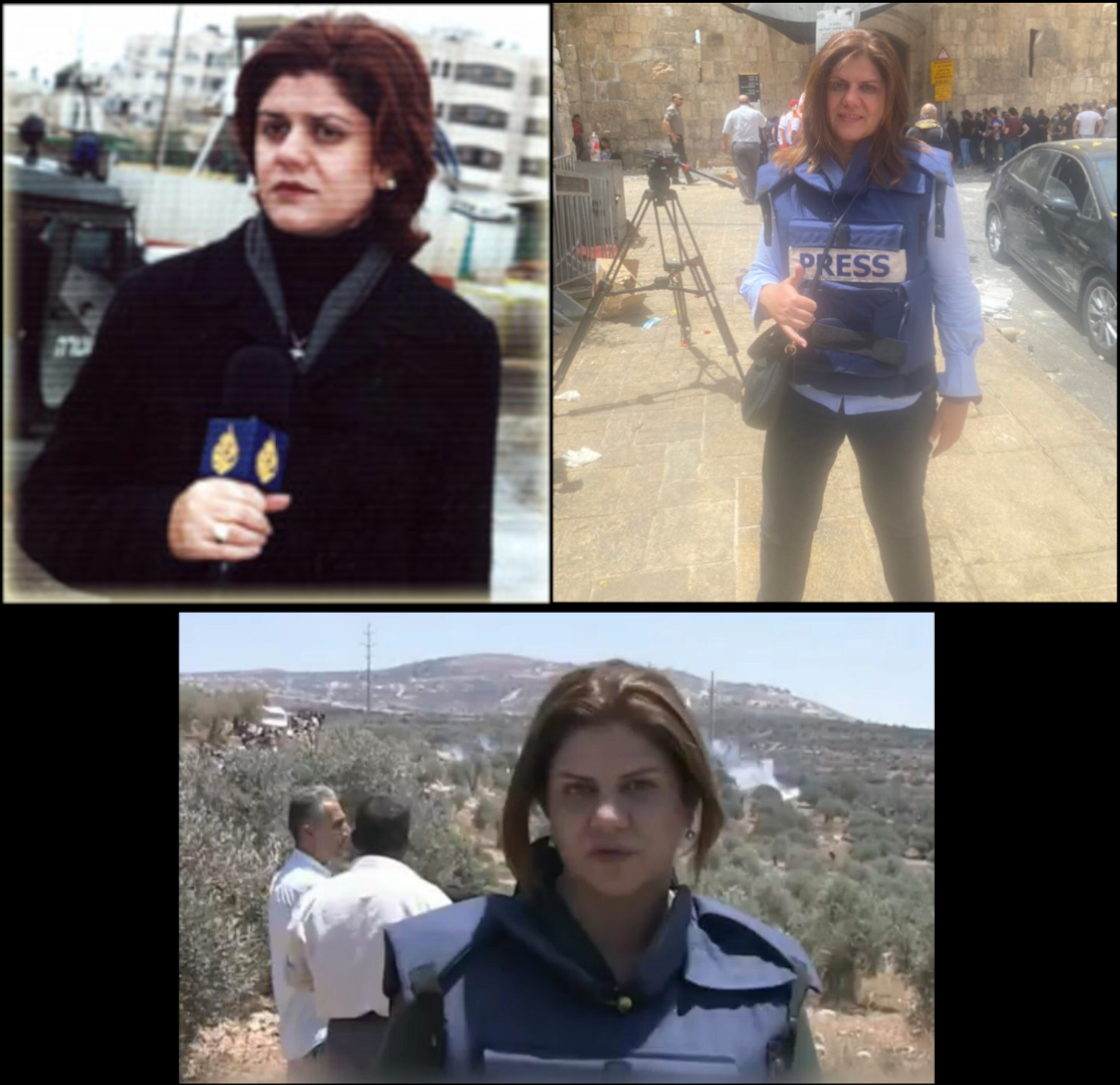 I chose journalism to be close to the people. It might not be easy to change the reality, but at least I could bring their voice to the world. – Shireen Abu Akleh

As a television journalist, Abu Akleh covered events big and small, from the Gaza wars of 2008, 2009, 2012, 2014 and 2021 to the daring jailbreak of six Palestinians who escaped a maximum-security prison in northern Israel last September. She also covered regional news, including the war in Lebanon in 2006.

“Shireen was a trailblazer, an inspiration for us all,” said Dalia Hatuqa, an Al Jazeera journalist who was a close friend of Abu Akleh. “Her presence became synonymous with Al Jazeera.”

During the height of the second Intifada, Hatuqa recalled Israeli soldiers going around the Palestine city of Ramallah and “mimicking her, shouting from a bullhorn her famous closing lines: Shireen Abu Akleh, Al Jazeera, Ramallah.”

To her friends. though, Abu Akleh was far more than the face of Al Jazeera in Palestine.

“She had an infectious laugh. She loved to travel, see the world, shop, party,” Hatuqa said. “She lost her mother and father when she was younger and saw so much cruelty in the world, especially in Palestine, but that never stopped her from appreciating and enjoying life.”

She added, “Her voice was so beautiful, even when she was telling heart-breaking stories.”

Abu Akleh was on assignment in the city of Jenin in the occupied West Bank, covering Israeli raids on a refugee camp, when she was killed. She was shot in the head while wearing a blue flak jacket clearly marked with the word “PRESS.”

In a statement, the Al Jazeera Media Network called Abu Akleh’s killing a “blatant murder” and a “heinous crime.” The network accused Israeli forces of targeting the veteran journalist with live fire and assassinating her in “cold blood.”

The Israeli army denied targeting journalists and has offered a joint investigation into Abu Akleh’s death amid a growing outcry.

Tamer Al-Meshal, who was working with Abu Akleh at the time of her killing, called her a “model” for both Palestinian and Arab journalists.

“Till the very last second, she was professional and persevering in her work,” he said.

“The last message Shireen Abu Akleh sent to Al Jazeera was via email at 6:13 a.m., in which she wrote: ‘Occupation forces storm Jenin and besiege a house in the Jabriyat neighborhood. On the way there, I will bring you news as soon as the picture becomes clear.’ We and the viewers did not know that this news she sent would be the news of her martyrdom.”