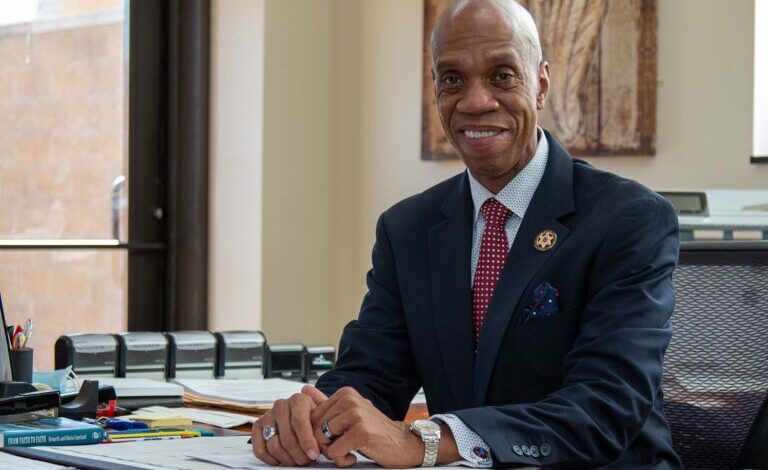 Washington, with 39 years of experience in law enforcement, started his career in the Detroit Police Department before he began working for the Sheriff’s Office.

“I’m a native Detroiter, 39 years in law enforcement covering Wayne County,” Washington told The Arab American News. “I was in the Detroit Police Department as well as the Wayne County Sheriff’s office, and my undersheriff was born and raised in Dearborn and came up in the Detroit Police Department. He then transferred over to the Wayne County Sheriff’s Office at the request of Benny Napoleon and he’s been serving this community for 28 years.” 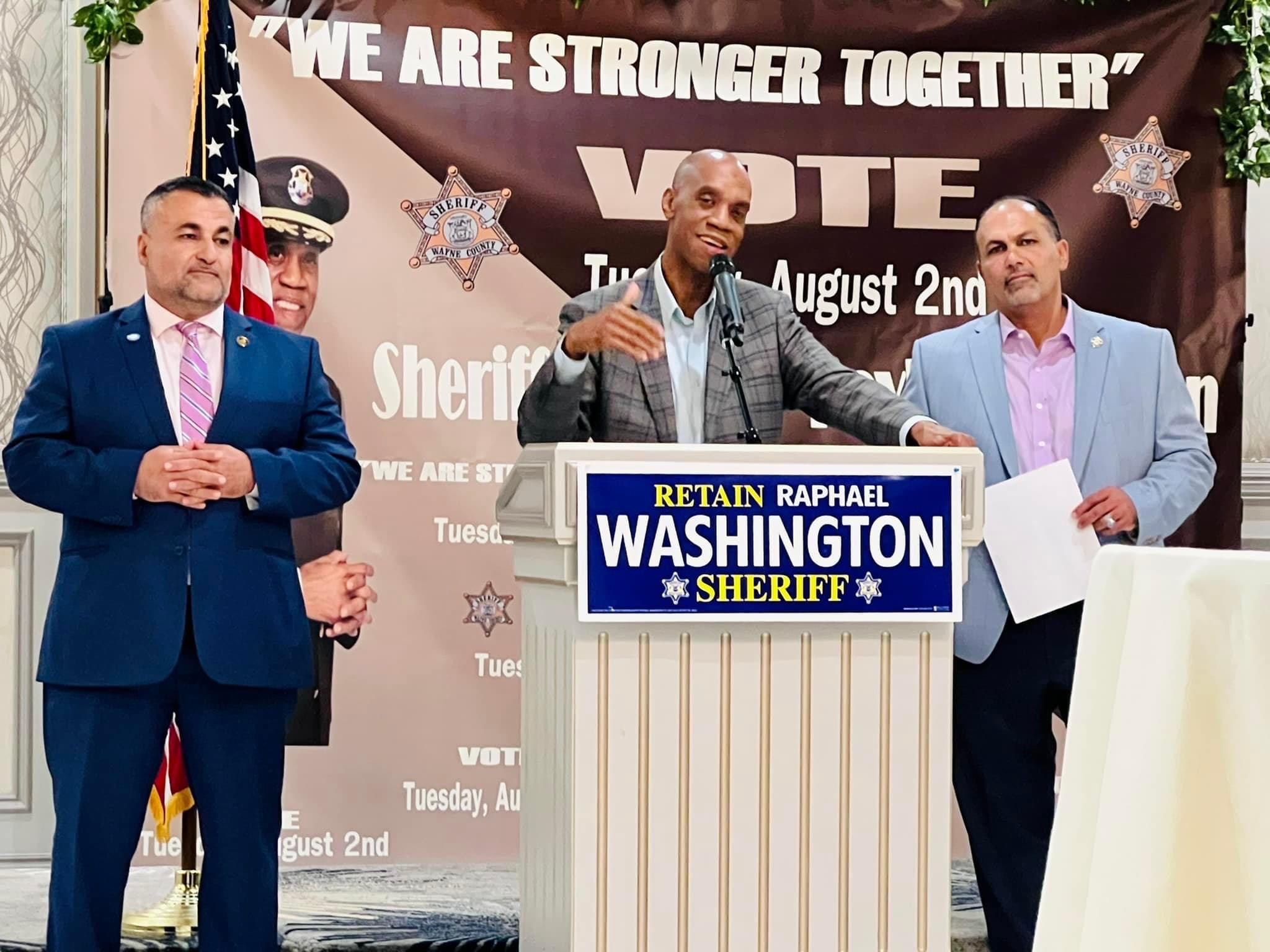 Wayne County Sheriff Raphael Washington (center) speaks at a fundraising event in Dearborn, with Undersheriff Mike Jaafar to his left and Wayne County Deputy Director of Homeland Security Sam Jaafar to his right, Wednesday, May 18.

Together, Washington and his undersheriff, Mike Jaafar, have served the community in law enforcement for 30 plus years.

“We came up together in the Detroit Police Department as well,” Washington said of Jaafar. “So we know each other and we work well together. That’s just a win for the community that we’re serving now.”

With his aim to put citizens first, Washington says he is prepared to take care of the community upon retaining his seat.

Washington is actively working towards providing citizens with necessary resources, including increased police presence and familiarity in communities.

To further accomplish these goals, the Wayne County Sheriff’s Office opened the first satellite police station in Dearborn on July 27 to assist Dearborn residents with any concerns or issues they may have.

This station is located at 15101 Michigan Avenue, inside the state-of-the-art Metrotech Automotive Group building.

“We’re super excited that Dearborn is one of the first satellite campuses that are popping up throughout Wayne County; we’re excited for the collaboration and the fostering of the environment that can come out of this opportunity and hopefully leading to greater public safety (throughout our neighborhoods),” Hammoud said at the unveiling of the station.

The station will house deputies who can provide information to residents, file reports if necessary and create a sense of police familiarity in the community.

Washington shared that if Dearborn residents cannot get to the Dearborn Police Department, the satellite station is available to them as the Wayne County Sheriff’s Office for any law enforcement needs they may have.

“We’re going into overdrive in terms of community policing and making sure the community has a good relationship with the Sheriff’s Office to understand who they are dealing with county wide,” he said.

Washington is strongly urging Wayne County residents to vote on August 2. He advised that voting in this primary election is crucial.

“August 2, we need to vote,” Washington said. “Everyone needs to understand that this is the election, not the general election in November. If you wait till that election, it won’t include us; it won’t be the person that you necessarily want it to be.”

Bottom line is if you’re going to run for office, you should have a track record. — Wayne County Undersheriff Mike Jaafar

Jaafar encourages citizens to vote for the candidate who is equipped with the experience of being a sheriff like Washington has.

“Bottom line is if you’re going to run for office, you should have a track record,” he said.

Washington is confident in his and Jaafar’s capability to support and provide for the community with their combined background and experience in law enforcement.

“I just want to speak to the citizens of Dearborn and Wayne County to let them know that they don’t have to decide on who needs to be their sheriff,” Washington said. “You have a Sheriff Raphael Washington and you have an Undersheriff Mike Jaafar, who are homegrown career law enforcement officers in Wayne County who have never stopped working for the people.”