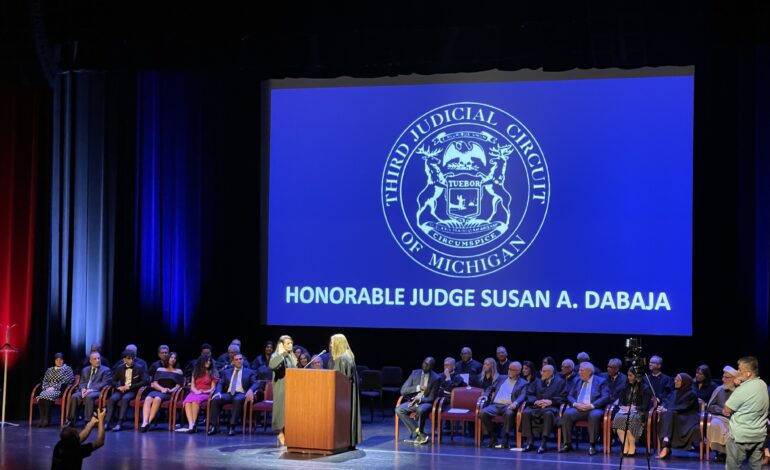 DEARBORN — Judge Susan Dabaja was appointed a judge of the Wayne County Circuit Court on March 31 by Governor Whitmer, for a partial term that expires on January 1. She celebrated her investiture Monday, Sept. 12 at the Ford Community and Performing Arts Center in Dearborn.

Dabaja will be running in the November 8 election to retain her seat for a full-term on the Wayne County Circuit Court.

She presides in the family division of the court.

She has a longstanding history of public service and practicing law as she is owner of the Law Office of Susan A. Dabaja, P.C. and served as the Dearborn City Council president for eight years. She also previously ran for the 19th District Court in 2016, losing to Judge Gene Hunt in a tight race. She also lost the Dearborn mayoral primary in 2021.

Salamey presented Dabaja with the gavel and spoke on her efforts to advocate and support the community while also practicing law.

“And while she worked hard at building her practice and excelling at the practice of law, she never allowed that to prevent her from becoming very actively and constructively engaged in the affairs of her community,” he said.

He also touched on her continued commitment to the community.

“She joined many organizations, she gave of her time, efforts and resources to advocate and promote a good cause, and her service for eight years as the city of Dearborn council president is only a testament to her devotion and dedication to serve the greater good.”

Dabaja’s children and husband, Majid Hammoud, presented her with her robe and her daughters assisted with placing it on her. The presentation of the robe and gavel affirmed her new judicial role. 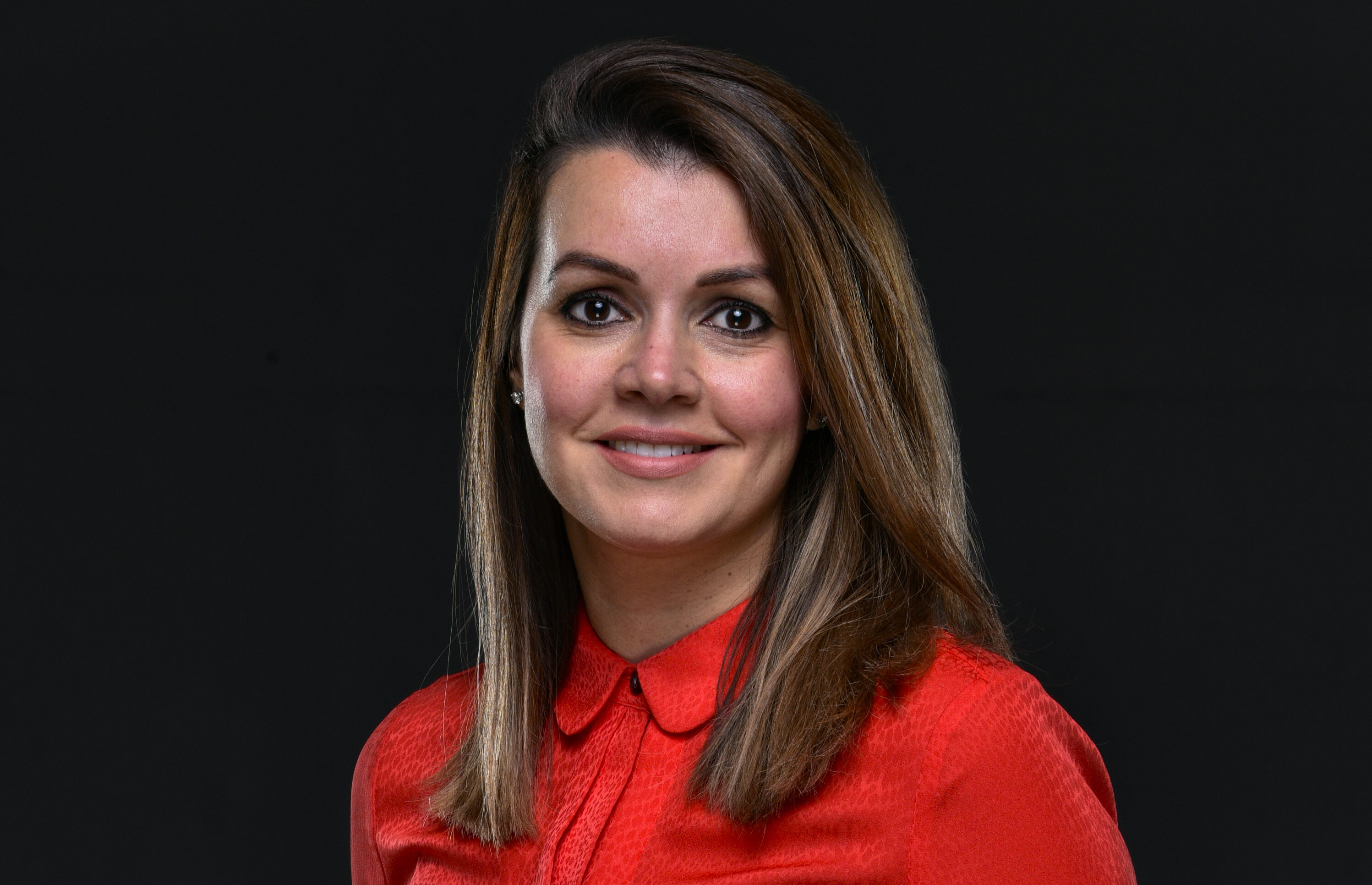 I really wanted to take this moment to publicly express my deep gratitude to all of you for investing your trust, your time, all your efforts to help me achieve my dream of serving as judge. — Susan Dabaja

McCormack performed the oath of office following the presentation of the robe. She proudly addressed Dabaja and confidently spoke on what her appointment means to the state of Michigan.

“Our state is better because you agreed to serve in this role, it is a good day for Michigan,” McCormack said.

Evans also shared his positive thoughts on Dabaja’s appointment and commended Whitmer for her admirable decision.

“Thank Governor Whitmer for having the foresight to see Susan as a very valuable person on that bench,” he said.

The comments acknowledging Dabaja’s achievements included a strong emphasis on how far the Arab American community has come. 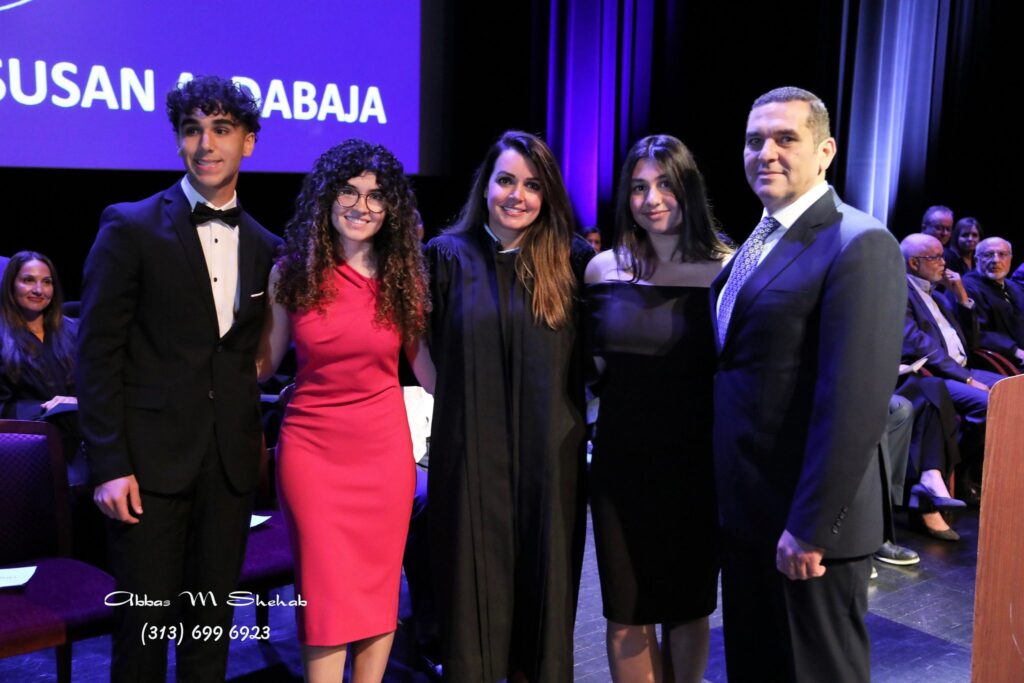 Judge Susan Dabaja surrounded by her husband, Majid Hammoud, and their children, Claudia (23), Joel (19) and Adam (16). – All photos by Abbas Shehab.

“Susan’s appointment is really a culmination of the strength of our community, how far we’ve come, but also how far we still have yet to go,” Beydoun said.

“First and foremost we are witnessing history in the making, the investiture of our sister and an outstanding leader in our community, the honorable Judge Susan Dabaja,” Siblani said. “Second, as a community tonight we are celebrating another achievement of so many achievements.”

In a speech at the end of the ceremony, Dabaja reflected on her journey as a whole to reach this pivotal moment in her life. She spoke on experiences that equipped her with the necessary skills for this role.

“He (God) knew where I would best serve giving me both the professional, the personal and the spiritual experiences that I had to live through to gain the balance, the perspective, the work ethic, the empathy, the resilience, the strength of character to prepare me for this position,” she said.

She also gave thanks to many people who have supported her throughout this journey.

“I really wanted to take this moment to publicly express my deep gratitude to all of you for investing your trust, your time, all your efforts to help me achieve my dream of serving as judge,” Dabaja said.