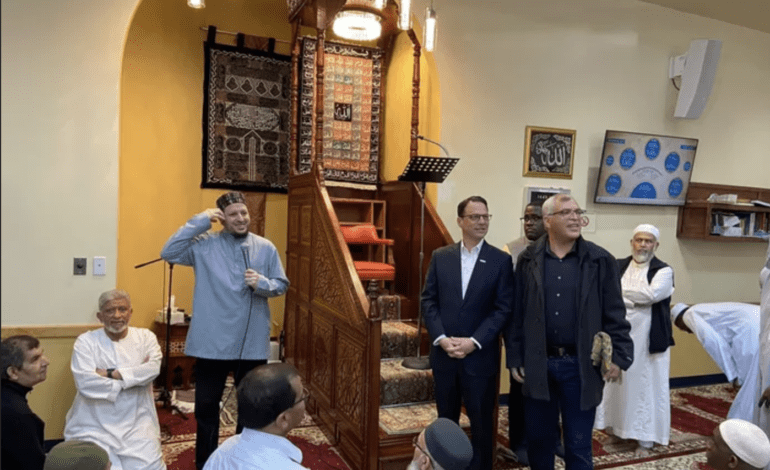 The day former President Trump issued his travel ban in 2017, all Nagi Latefa could see were his daughters’ faces.

The executive order banned travelers from six majority Muslim countries from visiting the United States. Latefa and his family, who are Palestinian Muslims, felt vulnerable. The Muslim American community as a whole felt vulnerable. The so-called Muslim ban ignited a question they felt insecure about for decades, particularly in the aftermath of 9/11: Do we belong?

When his daughters asked Latefa, a community activist who resides in the Lehigh Valley, what to do next, he was at a loss.

I don’t know,” he told them. “But all I can tell you is, I love you so much. I will do everything in my power to make sure that you feel protected and accepted.”

Shapiro has done what few other political candidates across Pennsylvania and the U.S. have done: engaged and built relationships with the Arab community.

“One of the voices of reassurance was Josh,” Latefa said. “Josh was at the forefront of fighting against the Muslim ban, along with other Democrats. But the fact that we knew Josh, in person, was very reassuring.”

Throughout his tenure as attorney general and his successful campaign for governor, Shapiro has done what few other political candidates across Pennsylvania and the U.S. have done: engaged and built relationships with the Arab community, both Muslims and Christians. Shapiro has frequently visited mosques and churches over the years to listen to constituents, and he’s built personal relationships with members of the community — some even have his personal cell number.

It’s a welcome change for a community that has endured years of systemic discrimination from U.S. law enforcement and the government — from illegal surveillance by the New York Police Department to dragnet arrests after 9/11 to the travel ban.

“A lot of other politicians, including Democrats, like to come take our money and move on — they’re not there to be seen with us,” Latefa said. “But not Josh.”

Why has the Arab community been ignored?

Immediately after attending a fund-raiser for his mayoral race, former Philadelphia Mayor W. Wilson Goode Sr. returned half of the checks he received.

The Arab and Jewish communities came together to host a fund-raiser for Goode in 1984 as he took on Frank Rizzo. But the next day, his Republican opponent called out Goode and accused him of taking money from the Palestine Liberation Organization.

“So what did brave Wilson Goode do?” said Marwan Kreidie, founder of the Arab American Development Corp., who was at the event. “He returned all the Arab checks — not any of the Jewish checks — like he didn’t want our involvement.”

His press secretary said at the time that Goode “would not want to take any money from anybody that would cause a misimpression about where he stands on Israel.”

For a community that still doesn’t have its own category on the U.S. Census, invisibility save for being the target of racism has long been the status quo. It wasn’t until former Mayor Edward Rendell entered the picture that Philly politics started paying more positive attention to the Arab community, members said.

“After the Wilson Goode experience, we had the Ed Rendell experience, and Rendell was immediately supportive of the community,” said James Zogby, founder of the Arab American Institute, a D.C. nonprofit that advocates for Arabs. “I think that being confident as a Jewish politician created a very different dynamic, where Rendell didn’t have to worry about anybody saying he’s being soft on the Arabs. So he would just look at us as another constituent group, which is all we ever wanted — just to be normalized.”

Scholars say that to this day, pitting Arab and Jewish voters against each other is an undercurrent of American politics, largely due to the Palestinian-Israeli conflict and the prominent support for Israel in mainstream U.S. politics.

“The idea was that you could have a relationship with one or the other; you couldn’t have one with both,” Zogby said. “There were actually efforts made by groups supportive of Israel to have us isolated. And there have been politicians who’ve simply acted on their own, having presumed that and shunned us.”

But the lack of engagement with Arab voters has also been a two-way street.

A large wave of Arab immigrants came to the U.S. in the aftermath of colonial conflict throughout the 1900s, but it took time for people to become citizens, and to pay attention to more than the presidential election.

“In the past, we had an older generation that was really trying to survive in the area — setting up their stores, finding housing, bringing more family over,” said Fadia Halma, a Lebanese American activist who lives in the Lehigh Valley. “They didn’t really have the access or capability to engage. They didn’t really break out from the communities.”

All of that changed with their U.S.-born children.

When President Biden’s presidential campaign was kicking off, Halma knew Biden needed to mobilize a largely untapped voter community to win: Ethnic communities, and particularly the Arab communities prevalent in the Lehigh Valley.

“Putting some resources and content in that highest concentration of Arab Americans in Pennsylvania, right here in Lehigh Valley, was a really good strategy that we knew we could have enough boots on the ground to help us get out there,” Halma said.

Shapiro, she said, was all on board.

Arab voters have the same concerns as many other Americans, community members and political people said: Quality public education, public safety, support for small businesses. But they also care about the discrimination they face domestically — which Shapiro heavily focuses on — and foreign policy in the Middle East, often not an agenda item for local elections. 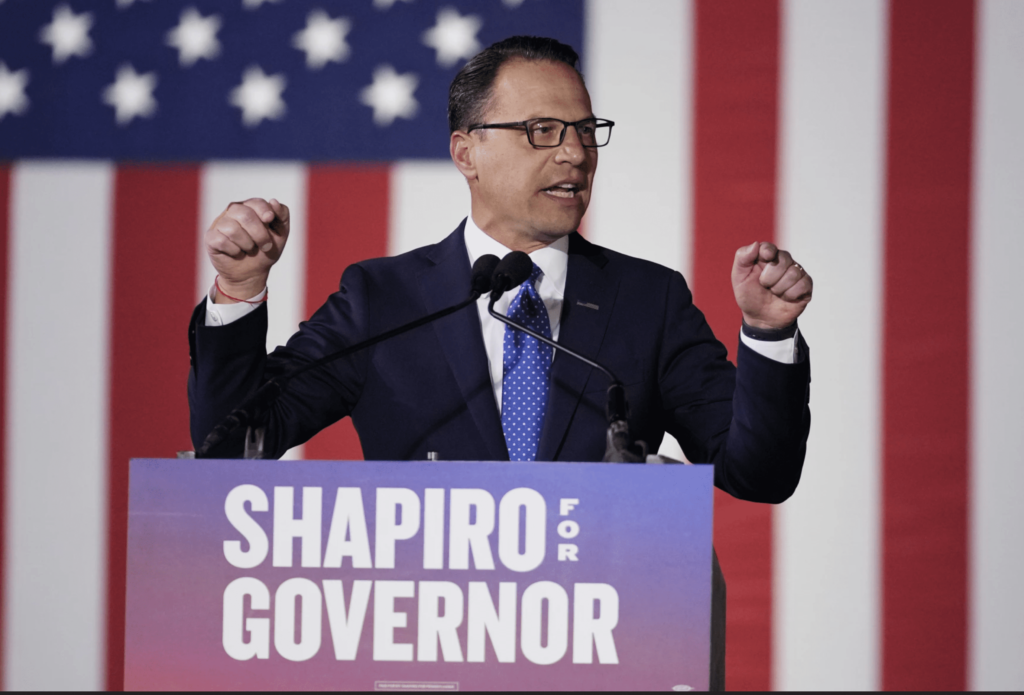 In a state like purple Pennsylvania, we have about 120,000 votes — and that could be the election. — Marwan Kreidie

In the aftermath of Trump’s 2016 election, more Arabs began mobilizing their communities to vote and run for public office.

“In a state like purple Pennsylvania, we have about 120,000 votes — and that could be the election,” Kreidie said.

But what sets Shapiro apart from other elected officials, community members said, is the non-transactional relationships he’s sustained with the community over the years. Shapiro has advocated for the community in the face of discrimination and made himself available, fostering trust.

For example, after the travel ban, Shapiro led a national campaign by attorneys general to combat the ban, and worked closely with other community organizations in the process.

And his Jewish faith has, if anything, helped bridge a gap and find commonalities with the community, some activists said.

“I’m someone who believes in making sure everybody is to be at the table, and everybody gets to be heard and seen,” Shapiro said. “We certainly have an appreciation and respect for one another. Let’s be real — we’ve seen a rise in Islamophobia, and a rise in anti-Semitism. And both are wrong, and both make us less safe. An attack against one is an attack against all.”

— This article was written by Massarah Mikati and published by The Philadelphia Inquirer on November 1. It has been edited for style and updated to show that Shapiro won the Pennsylvania gubernatorial election.