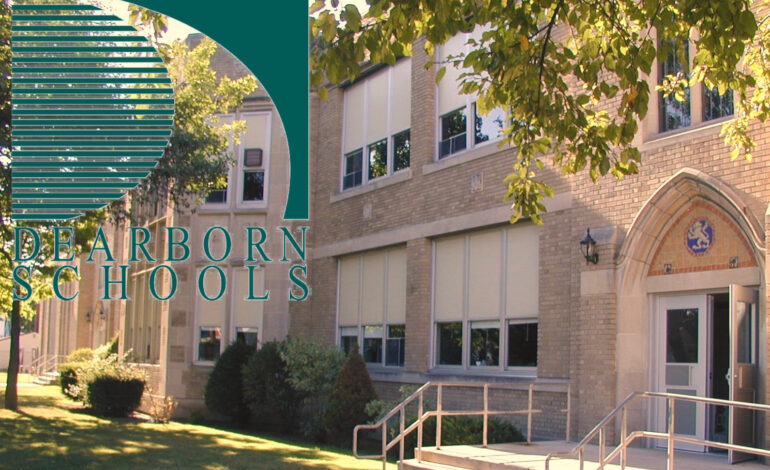 DEARBORN — Dearborn Public Schools is close to spending $100 million on capital advancements to buildings in the district over the next two years.

The district obtained $55 million from the federal COVID relief funding through the Elementary and Secondary School Emergency Relief fund (ESSER). This funding was also used for other authorized expenses. The district was then able to use the remaining $35 million for capital improvements.

The Dearborn Public School District expects to acquire ESSER and CARES funds in the total of $144 million, although some of those funds were allocated to additional areas in the district. This includes $35 million invested in hiring more social workers to help students with their emotional needs, vigorous summer school programs, online services for students and the necessary items such as disinfectant and cleaning supplies in order to maintain a safe and healthy environment post-pandemic.

Henry Ford College has partnered with The Henry Ford Early College (HFEC) to give students the opportunity to achieve an associate degree at no charge while also earning their high school diploma. $7 million of the ESSER funding is being used for this project.

“ESSER funding, both directly and indirectly, has allowed us to invest far more than we normally could into our buildings over just a couple years,” Tom Wall, executive director of Business Services and Operations, said in a press release. “We are grateful for that opportunity. However, ESSER funding will be committed by September 2024, and we will still have lots of infrastructure work that needs to be done. We have been able to increase our annual budget for infrastructure work to $14 million, but at least $10 million will be redirected for staffing costs that are currently supported by ESSER funds. We most likely will not be able to fully maintain and update all of our buildings with our current operational funds.”

Other bigger capital expenses include: