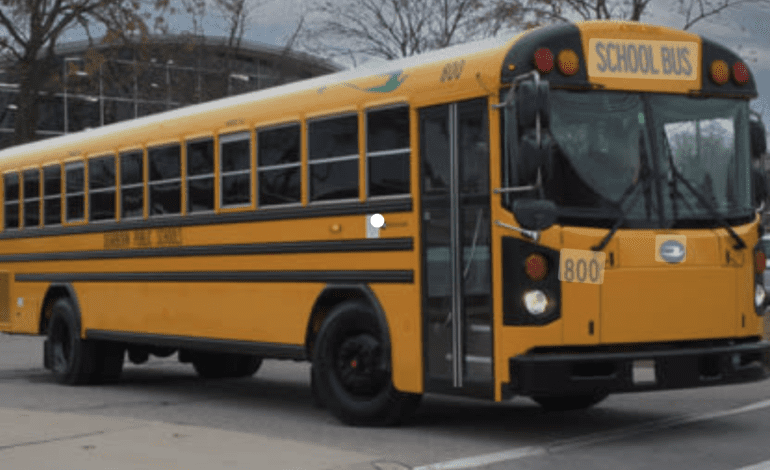 DEARBORN — Dearborn Public Schools held the unveiling of its first electric school bus on Thursday, December 15 at the Fairlane Estate.

The bus is a Blue Bird All American RE electric school bus and the first in Michigan. Electrical school buses are useful in reducing the greenhouse gas emissions that diesel buses emit.

Dearborn Public Schools has solely relied on Blue Bird for more than 30 years to meet its student transportation needs and currently maintains a fleet of more than 70 Blue Bird buses. The transition to electric vehicles will help the school district to reduce harmful greenhouse gas emissions while improving student and community health.

The Dearborn School District accomplished the acquisition of these buses through a combination of both district funds and federal grant money. A total of $100,000 is being provided by the district. The U.S. Environmental Protection Agency (EPA) granted $300,000 through the American Rescue Plan Electrical Bus Rebate program, which is designed to increase the number of electrical buses by switching the traditional diesel buses to the zero-emissions electric buses.

With both the federal grant and district contribution, the first electric bus the district is purchasing is comparable to the price of the conventional diesel buses. 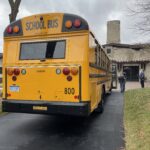 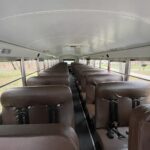 The inside of the electric school bus Photo: Zeina Jaafar 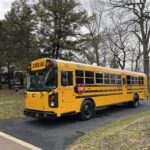 According to a press release, the EPA has announced that an additional $7.1 million would be available to the district to buy 18 more electric school buses. This is through the 2022 Clean School Bus Rebate program.

An estimated 70 percent of families in the Dearborn school district are low-income, so the EPA has assigned them to be a “priority district.”

The EPA is granting a total of $1 billion to the nation to promote electric school bus investments and usage. Up to $375,000 is available per bus for each district that is acquiring these grants, along with $20,000 for the charging amenities.

Dearborn Public Schools anticipates benefiting from significant cost saving opportunities by reducing or eliminating the fuel and maintenance costs tied to traditional diesel-powered vehicles. Select Blue Bird customers reported fuel costs of up to 49 cents per mile for their diesel buses, compared to an average 14 cents per mile in energy costs for electric buses.

“We are thrilled to add the first electrical bus to our fleet and to test the school bus in our real-world environment year round,” Superintendent Glenn Maleyko said in a press release. “Electrical school buses help in reducing harmful greenhouse gas emissions. Today marks an important step as we start to evaluate this new technology.”