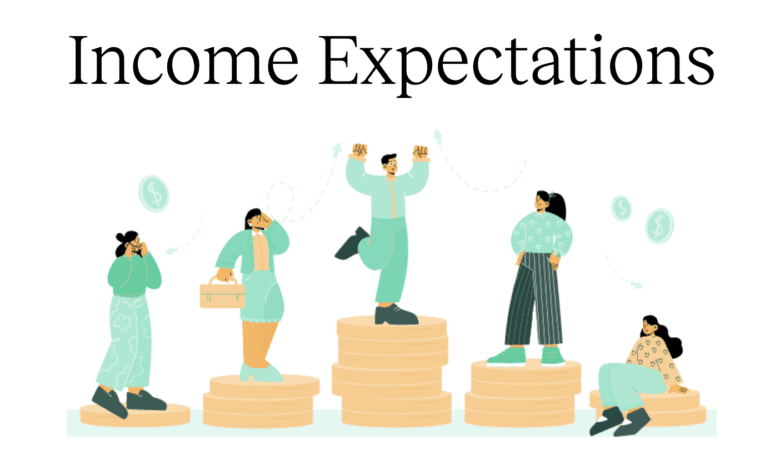 While there is more to life than money, in an ideal world we’d all be doing a job we love and being compensated handsomely for it. Of course, when you’re young, you start at the bottom of the career ladder and have to take the salary that goes with it. But, given the chance to  dream big, what is the highest salary you could hope to earn in your lifetime?

• The average young person believes they will achieve their peak salary at 30-years-old.
• Hawaii residents are the most optimistic about future earnings potential; Oklahomans the least.
• Almost half think they would need to move to a large city to earn the highest salary possible.
• Just 38 percent feel they would be able to achieve the same levels of financial security as their parents did in their lifetimes.

It’s a question to which the online course platform Teachable sought to find the answer. They questioned 3,300 18- 24-year-olds to find out what they expect will be the highest salary they will earn in their lifetimes. In light of the record levels of debt, high inflation and the trend of tech giants shedding tens of thousands of jobs, it would not be surprising if young people in America today have a somewhat pessimistic view of their financial futures. However, despite the bleak financial climate, young people’s long-term optimism has not been blunted. 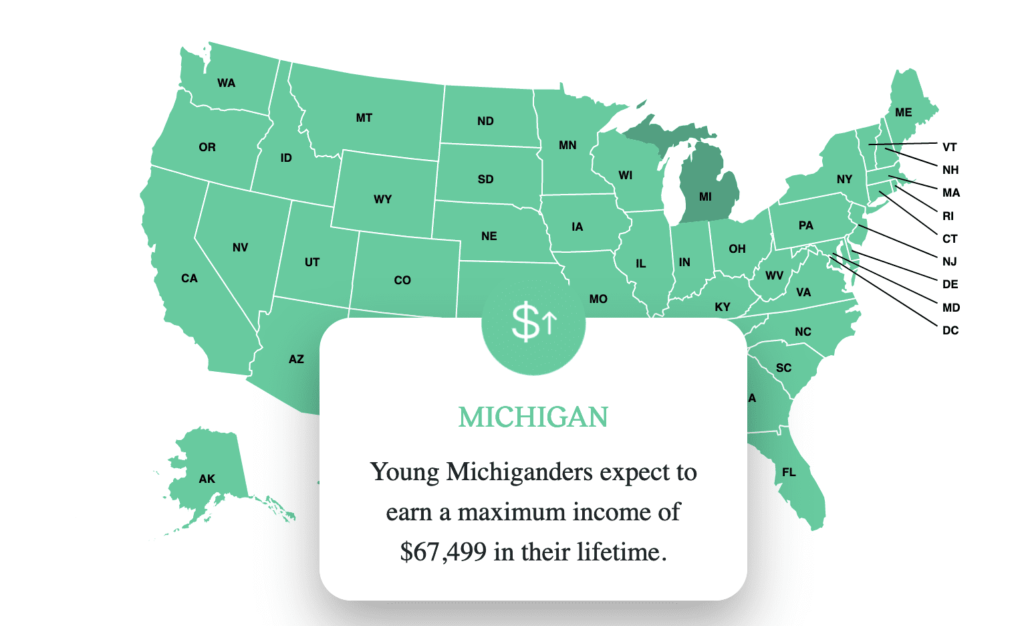 The survey results reveal that young people today in Michigan expect that, on average, they will earn a maximum income of $67,499 per year in their lifetime (compared to a national average of $65,206). Bearing in mind that the average salary in the U.S. is $42,589, that’s a sizable 53 percent more than the average (or $22,617).

Perhaps it’s the sunny climate, but young Hawaii residents seem to be the most optimistic about potential earnings; 18- 24-year-olds there expect to earn a whopping $84,441 — that’s a very aspirational 77 percent ($36,741.89) more than the state average. The least ambitious about making the big bucks are Oklahomans, who only expect to reach the not-so-dizzy heights of $45,486 which is 21 percent — or 7,986.11 — more than the state average.

Money, and how to get more of it, is clearly a concern for youth today; more than half (52 percent) said they have a side hustle to help boost earnings outside of their current employment. This is in line with other reports of a rise in young people taking on side gigs, particularly since the start of the pandemic. And the potential for extra earnings are ample —from driving for a rideshare company, delivering groceries, dog walking or even turning your knowledge and skills into an online course on a platform like Teachable.

And it appears that many young people feel they will not be able to fulfill their potential in small towns — in fact, according to Teachable’s survey, 48 percent of them think they would need to move to a large city to earn the highest salary possible. Yet, not all ventures require a move. Last year, Teachable saw a roughly 15 percent increase in course creators earning more than $70,000 annually — surpassing the highest salary imagined by the young people surveyed. Flexible in more ways than one, online courses can be run from just about anywhere.

Despite their optimism about higher salaries, it appears inflation (and its eroding effects on purchasing power) is a significant factor when young people consider their financial futures — just over 1 in 3 (38 percent) of those surveyed feel they would be able to achieve the same levels of financial security as their parents did in their lifetimes.

The survey also found that the average young person believes they will achieve their peak salary at 30-years-old. Finally, two-thirds of 18- 24-year-olds say they would settle for a job that wasn’t a preferred career path just for a higher salary.

“Young people are, no doubt, navigating challenging economic conditions right now, but the survey’s overall finding of long-term optimism among 18- 24-year-olds rings true to other trends we’ve witnessed in the last few months, particularly a continued rise in the number of new U.S. business applications,” said Vera Hanson at Teachable.

“Whether testing the waters with a side gig or diving headfirst into full-time entrepreneurship, launching an online course can be one of the best ways to build an enduring business online today. We believe that’s because the pursuit of knowledge — of all kinds — is not going anywhere. And the demand for more affordable and engaging ways to access that knowledge is only going to skyrocket.”

Sendwave app: Send money to loved ones in Lebanon without charging them fees!