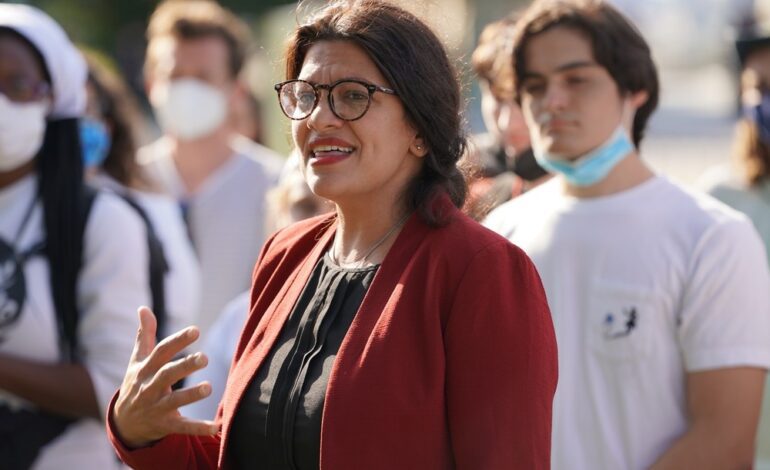 “No one should have to worry about paying rent at the end of the month or making ends meet because they can’t rely on consistent tips and lack paid sick leave,” Tlaib said. “Our restaurant workers simply want an opportunity to thrive — not just survive — and deserve a safe, dignified working environment. No worker should be exploited, retaliated against or denied benefits, especially for organizing for better working conditions and a better quality of life. Access to health care should not be a privilege tied to your employment, but a basic human right.”

“As a lifelong organizer who has fought for the rights of restaurant workers, and a 9/11 survivor who worked as a prep-cook, cook and sous chef at the Windows on the World at World Trade Center, I know that we must do far more than simply going out to the streets with our signs and placards,” said Dr. Sekou Siby, president and CEO of the Restaurant Opportunities Centers (ROC) United. “We must reverse the harmful, unfair policies that severely affect low-wage restaurant workers — and the Restaurant Workers Bill of Rights is the answer to address the job quality crisis faced by most restaurant workers. The ongoing system in our restaurant industry has been broken for decades, with millions of restaurant workers earning as low as $2.13 per hour since 1991 — and no health insurance and paid leave benefits that protect them and their children. We must finally reform it in the most equitable and effective way that focuses on life, liberty, respect, dignity, family and opportunities for all restaurant workers, no matter what their race, skin color or gender identity is.” 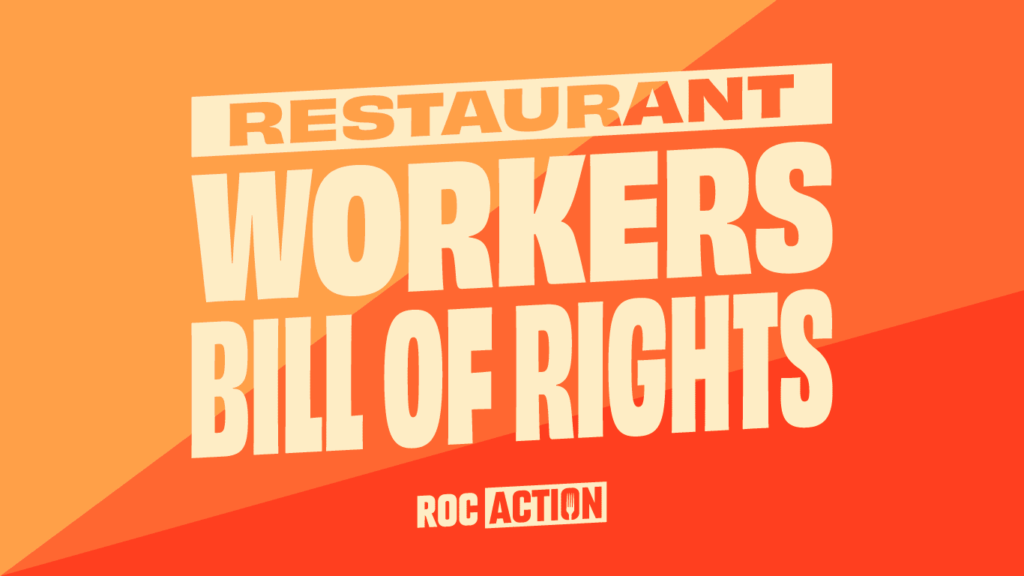 “2023 will mark the 63rd year anniversary of the Greensboro, NC sit-in protests against racism in American restaurants,” said Tanya Wallace-Gobern, executive director of the National Black Worker Center. “Since then, laws have changed, but the practice of treating workers differently based on race is still widely practiced in the restaurant industry. It is past time – way past time, to ensure that restaurant workers have the right to safe and dignified work where they are free from discrimination and harassment. This resolution protecting the rights of restaurant workers strengthens the civil rights movement work of the 1960’s.”

Restaurant workers have gone unvalued and exploited for far too long and the COVID-19 pandemic exacerbated systemic issues in their workplace. As a result, hospitality workers began organizing for better working conditions and demanding the right to collectively bargain, but companies like Starbucks and Chipotle are illegally retaliating against workers by closing stores and denying their employees’ benefits.

According to a ROC United survey, which included responses from more than 1,000 restaurant workers, 85 percent experienced wage loss, 91 percent did not receive hazard pay or increased pay for working during the pandemic, 34 percent had no access to protective equipment such as masks or gloves and 1 in 10 workers was forced to go to work while COVID-positive due to pressure from their employer or the lack of paid sick leave. As a result, 60 percent reported that they are looking for work outside of the industry.

Through a comprehensive framework, the Restaurant Workers Bill of Rights addresses the challenges that restaurant workers face every day — the majority of whom are women, people of color and immigrants.

– Source: From the office of U.S. Rep. Rashida Tlaib. Edited for style.