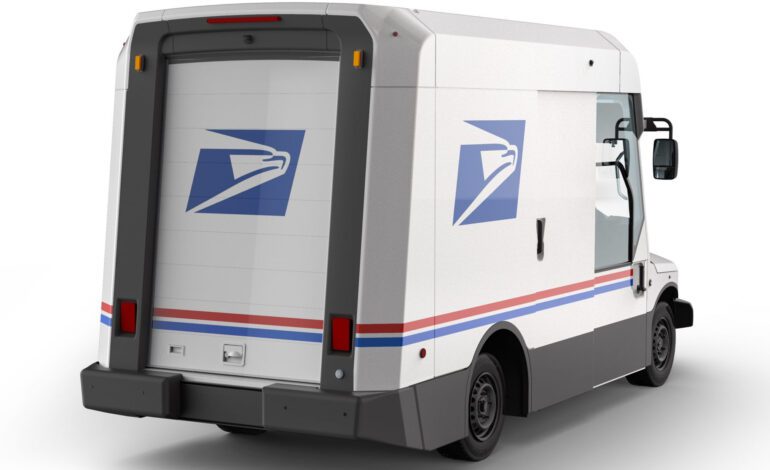 On Tuesday, the U.S. Postal Service said that it intends to purchase at least 66,000 electric delivery vehicles as part of a push to transform its delivery fleet.

The electric vehicles would amount to more than half the 106,000 vehicles it plans to acquire for delivery between now and 2028. The new vehicles will start to replace its aging fleet of 220,000 vehicles, the Postal Service said in a press release.

The Postal Service has faced public pressure from environmental campaigns to electrify its fleet.

In April, environmental groups filed a lawsuit against the USPS for its failure to conduct an adequate environmental analysis before deciding to replace its vehicle fleet with more “fuel-guzzling combustion mail trucks,” according to a press release from the Sierra Club.

“Instead of receiving pollution with their daily mail packages, communities across the U.S. will get the relief of cleaner air,” Katherine García, director of the Sierra Club’s Clean Transportation for All campaign, said in a statement on Tuesday.

The Sierra Club was one of the groups pressuring the USPS to go electric.

The USPS said Tuesday its investment is expected to reach $9.6 billion, about a third of which comes from the Inflation Reduction Act. The funding will help the Postal Service build what has the potential to be one of the largest electric vehicle fleets in the country, Postmaster General Louis DeJoy said in a statement.

“We have a statutory requirement to deliver mail and packages to 163 million addresses six days per week and to cover our costs in doing so — that is our mission,” DeJoy said. “As I have said in the past, if we can achieve those objectives in a more environmentally responsible way, we will do so.”

“This $9.6 billion investment – which includes $3 billion in funding from the Inflation Reduction Act – installs modern charging infrastructure at hundreds of USPS facilities, electrifies 66,000 delivery vehicles and modernizes mail delivery by creating a smarter network to more efficiently reach its 163 million delivery locations across the country and further strengthen the sustainability of this critical public service,” the White House said in a press release on Tuesday.

The release also said that Biden’s ambitious goal for 50 percent of new vehicles sold in 2030 to be electric has accelerated investments and jump started the EV market in America.

“Since President Biden took office, U.S. electric vehicle sales tripled and are now higher than ever before.”

“Today’s announcement is a significant step to ensuring the Postal Service’s vehicle fleet is safer, more energy efficient and cheaper to operate in the long run. Electric vehicles are the future of the automotive industry and that is why I worked to secure major investments for the Postal Service so they can purchase more electric delivery trucks as they continue to add more vehicles to their fleet. I will continue my efforts to ensure the Postal Service is using funds from the Inflation Reduction Act effectively, push for every part of the postal fleet to be environmentally-friendly and union-made, and ensure this essential institution provides timely service to the American people for generations to come.”