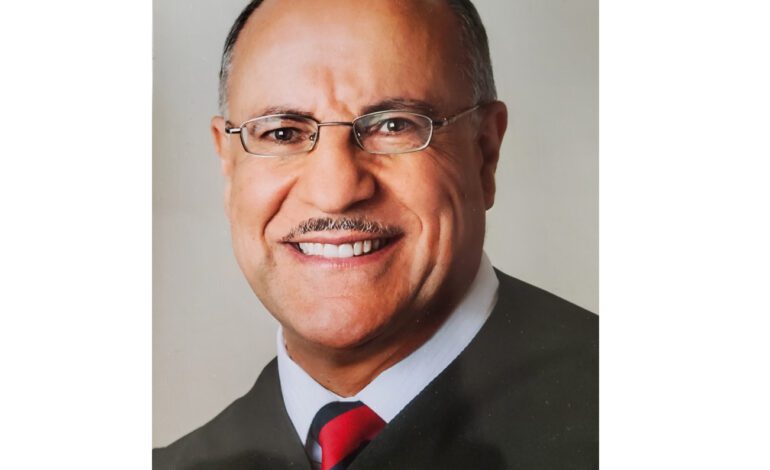 Judge Sam Salamey, 19th District Court
DEARBORN – The Michigan Supreme Court has appointed Judge Sam Salamey as chief judge of the 19th District Court, the second largest district court in Wayne County. The appointment is effective Jan. 1.
Chief judges are responsible for caseload management, delegation of judicial workload and development of the court’s vision and mission. Judge Salamey previously served in the role from 2013 through 2018.

Judge Salamey was first elected in 2012 following a successful law practice and an appointment as attorney magistrate for the Court. During his previous tenure as chief judge, Judge Salamey signed orders establishing the Veterans Treatment Court and Hybrid DWI/Drug Treatment Court programs, both of which continue to flourish. He also directed a personnel reorganization that substantially increased the Court’s operational efficiency and improved service to the public.

He is committed to ensuring that the Court continues seeking ways to improve and will prioritize delivering the highest level of service possible. In doing so, he expects to continue a collaborative leadership approach with the other members of the bench.

“We have a strong relationship among the judges here, and I expect to continue consulting the other members of the bench to help set direction of the court,” Judge Salamey said.

He is a lifetime resident of Dearborn and remains deeply involved in the city through his association with numerous civic and charitable organizations.