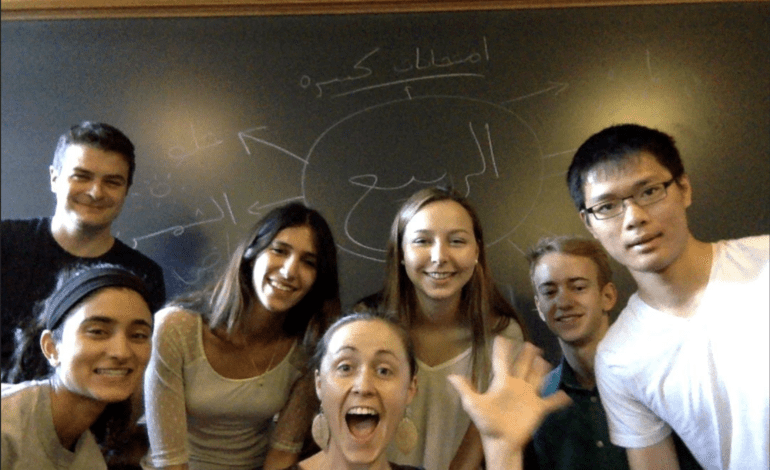 Lizz Huntley, center, celebrates the end of the semester with her first-year Arabic students at Cornell University. (Courtesy of Lizz Huntley)

December 18 marked the 10th United Nations World Arabic Language Day, which celebrates the language spoken by more than 300 million people, primarily in the Middle East and North Africa. Arabic is also the fastest-growing language in the United States, according to Census data.

Arabic has become the eighth-most taught language in U.S. universities, with around 26,000 public school students in kindergarten through 12th grade and 31,500 university students studying Arabic, according to the most recent national surveys. 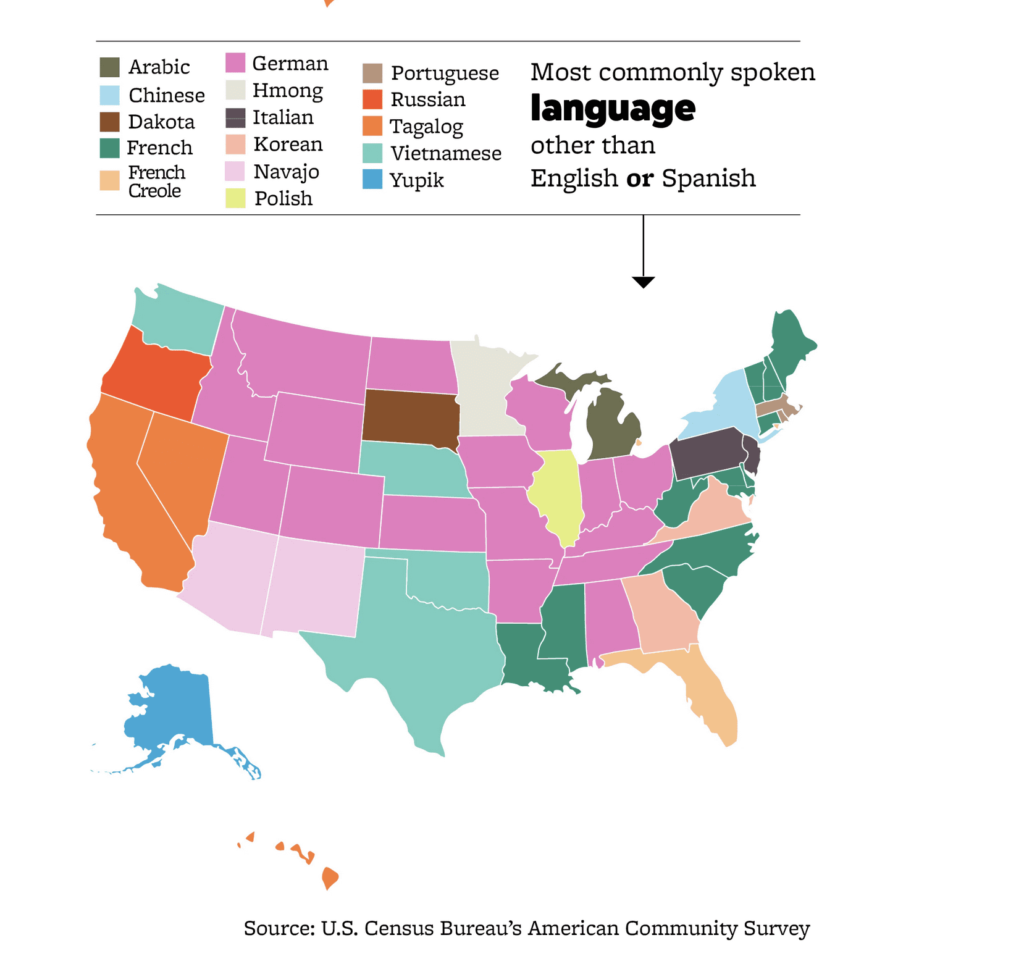 In the wake of the attacks on September 11, 2001, U.S. universities quickly expanded their Arabic course offerings to meet student demand. The number of American university students enrolled in Arabic surged from 5,505 in 1998 to 35,083 in 2009 — faster growth than any other language over the same time period.

Despite an overall trend away from studying language and toward science, technology, engineering and math, there has been a similarly rapid expansion of Arabic courses at the primary and secondary school level, reaching around 26,000 in 2015, funded largely by grants from the federal government.

Awad Awad, a teacher at North Atlanta High School, says he focuses on cultural proficiency, including community-based experiential learning with the Arab American community in Georgia.

One of his main goals  is to help students navigate cultural differences.

“You don’t have to agree with the person on the other end,” he said. “Understand what’s happening without being judgmental.”

Arabic is a language with a distinct difference between its main written form of Modern Standard Arabic (MSA) and its spoken dialects. Awad explained his belief that students need early and frequent exposure to dialects, rather than the traditionalist MSA-centered approach.

“Communication is supposed to lead to intercultural competence,” he said. But outside of specific contexts, being able to only communicate in MSA “is an intercultural breakdown.”

Lizz Huntley, a doctoral candidate in second-language studies and an Arabic textbook author, expressed her belief that the Arabic teaching field in the United States is evolving toward more instruction in dialect.

“The younger generation of teachers embraces the idea that students need to be able to perform a range of tasks like ordering at a restaurant in amiyya [spoken dialect] and reading a newspaper in fusha [MSA], rather than just reproducing more academics for an ever-shrinking job pool,” she said.