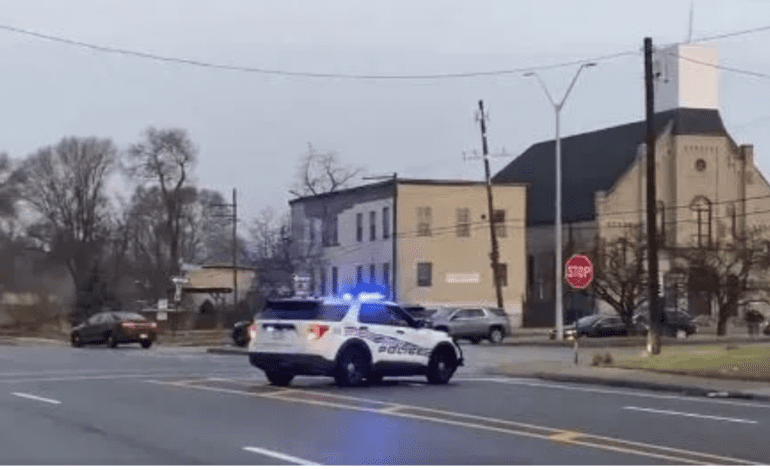 DETROIT – Wayne County Prosecutor Kym Worthy has charged Eshaun Phillip Blanding, 23, of Detroit, in connection with the carjacking of a Dearborn man’s car.

On January 2, Dearborn undercover police officers were investigating a car that was stolen out of Dearborn. When the officers located the stolen car, it is alleged that Blanding opened fire on the undercover car. A bullet went through an officer’s hoodie, but he was not harmed.

Investigation by the Detroit Police Department identified the defendant as the shooter. At this time the investigation is ongoing and no further details will be provided.

The Dearborn Police Department issued a statement earlier saying at approximately 6 a.m. (January 2), Dearborn Police responded to a report of a stolen vehicle from the city of Dearborn. Within minutes, Dearborn investigative officers identified the vehicle and followed it to a location near Martin Luther King Blvd and Roosevelt Street in the city of Detroit.
As officers were conducting surveillance on the stolen vehicle, a man with a rifle approached an unmarked Dearborn Police vehicle with one officer inside. The man fired multiple rounds at the officer, with at least one round penetrating the windshield.
The officer was not injured and did not return fire. Currently, two suspects are in custody and an investigation by Detroit Police and Michigan State Police (MSP) remains ongoing. Please direct all inquiries to the MSP.
“Losing a vehicle to theft can be devastating for a household and to residents’ ability to provide for their families,” Dearborn Police Chief Issa Shahin said. “This is why our officers go to extraordinary lengths to resolve these crimes, despite grave danger to themselves. In this case, our investigative officers instantaneously identified a vehicle stolen from our city and took direct gunfire in the process of holding the perpetrators accountable. We are incredibly fortunate this did not end in tragedy. I applaud our officers for excellent police work, and I ask the public to pray for their continued safety in protecting the lives and livelihoods of Dearborn residents.”