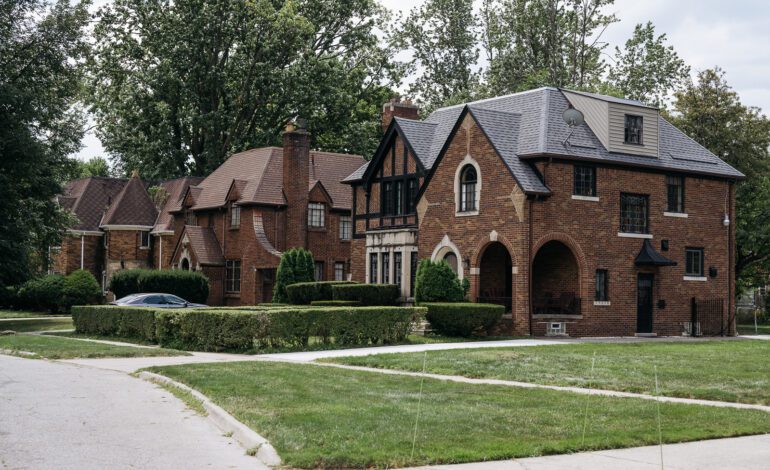 Grandmont Rosedale is known for its stately historic homes

The five communities that make up Detroit’s Grandmont Rosedale district found themselves confronting — and ultimately overcoming — a serious crisis during the late 2000s.

Known for its historic homes and close-knit community, Grandmont Rosedale has a reputation for being a highly desirable place to live. But at that time, residents were leaving the area in droves. Like many parts of the city during that period, the culprit for the population exodus was largely the housing market crash.

Pam Weinstein, a retired marketing specialist and program director who lives in the Rosedale Park neighborhood, remembers the wave of foreclosures that hit her community back then.

“It started right after the crash, like late 2008 or 2009,” she said. “It was just obvious that things were collapsing. There were so many vacant houses, many of them not secured.”

With residents unable to afford to stay in their homes, houses were foreclosed on by banks.

According to Weinstein, many of the property management companies that were supposed to look over the homes in her neighborhood did not secure them promptly and did a poor job maintaining them. That opened the door for scrappers stealing things and squatters moving into abandoned homes.

Residents of Grandmont Rosedale didn’t take the situation sitting down. Instead, they found ways to band together and respond to the crisis.

Beverly Frederick, a retired I.T. worker and longtime resident of North Rosedale Park, was one of those who decided to step up.

“I started on my own, taking care of my block,” she said. “[There were] maybe seven or eight vacant properties. I began to mow the grass and clean up around there. I put flower pots on the porches, just to make it seem that the houses were inhabited.”

Frederick went on to join forces with a group of volunteers to form a group known as the Stahelin Mower Gang. They dedicated themselves to maintaining the grass on Stahelin Avenue, an area that had been hit particularly hard by the housing crisis.

Over time, the efforts of residents like Frederick and her friends to save the neighborhood coalesced into a larger organization called the Vacant Properties Task Force. 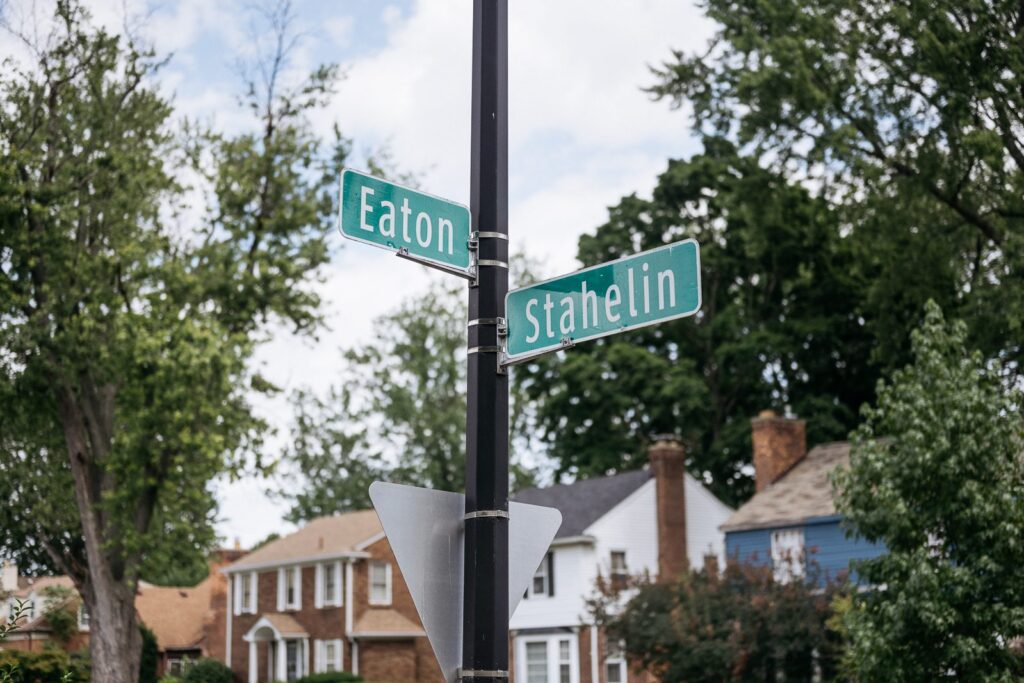 Stahelin Avenue was hit particularly hard by the housing crisis

Established by the Grandmont Rosedale Development Corporation (GRDC), the task force is a resident-led initiative dedicated to responding to and preventing blight and vacancy within Grandmont Rosedale’s five neighborhoods.

“The Vacant Properties Task Force is a really wonderful dedicated group of volunteers from the community,” said GRDC Program Director Becki Kenderes. “They came together during the Great Recession and since then the variety of projects that they have taken on really make them a model for volunteer committees across the country.”

According to Frederick, the task force played an instrumental role in bringing the Grandmont Rosedale community together.

“We were all out there on our own, and they all kind of pulled us out under one umbrella,” she said. “People started recognizing that we were something to be reckoned with.”

Weinstein worked for the GRDC as a program director from 2001 to 2013 and later became involved with the task force. In its early days, she recalls the task force served as a forum for concerned residents to exchange tips. Over time, members of the task force began to hone their strategies.

Neighbors were mobilized through block clubs to keep tabs on at-risk abandoned properties. The contact information of property managers and investors were collected and shared. Homes were boarded up and painted. At times, Plexiglass shields were placed over doors and windows.

“People did a lot of creative things,” Weinstein said. “As the winter season would show up people would voluntarily shovel the walks and steps and put home holiday decorations on the doors to make a vacant house look occupied.”

The GRDC has supported the task force by helping it apply for grants to purchase equipment like a ride-on lawn mower. It has also worked with the group to muster support from the city, county and state to address issues related to the crisis. Working with Wayne County’s Mortgage and Deed Fraud Unit, the task force has even helped apprehend individuals engaging in deed fraud scams, where they sell properties that don’t belong to them to unaware buyers.

Using methods like these, the task force began to get the situation under control. As the economy has improved, homes have been renovated and resold. In fact, according to Kenderes, abandoned homes have been virtually eliminated in Grandmont Rosedale at this point.

“It was a big jump that happened in a couple of years,” she said. “We peaked with an 11 percent vacancy rate. But now we’re back to around 2 percent vacancy.” 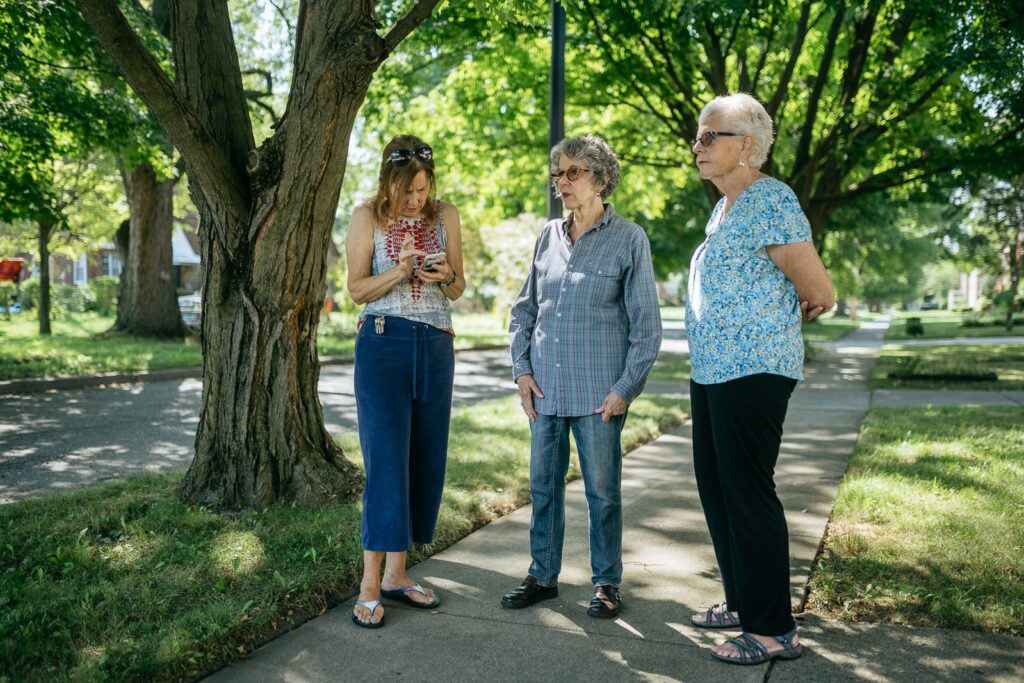 While the issue of abandoned homes is no longer a big concern in Grandmont Rosedale, the task force still meets regularly and remains active in the community.

“They have shifted a little bit to focus on anything code enforcement-related,” Kenderes said. “The thought is that they’re [improving] the neighborhood by helping prevent vacancies from occurring.”

The task force has also worked to keep illegal dumping in check by working with the GRDC to install fences or bollards at vacant lots to stop dumpers from driving onto them.

Frederick knows that working to save the homes in her community has involved a lot of time and energy. But, at the end of the day, she is confident that it has been worthwhile.

“Sometimes I have to sit back and smile, because when people think it’s just you and you can’t make a difference, you most definitely can,” she said. “Our property value is skyrocketing. We sustained our communities, and now we are reaping the benefits of all the hard work that we put forth.” 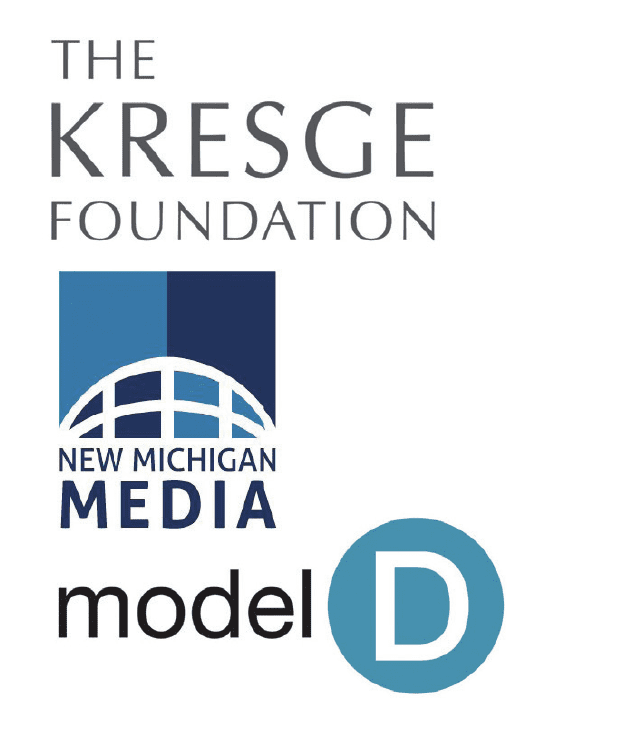