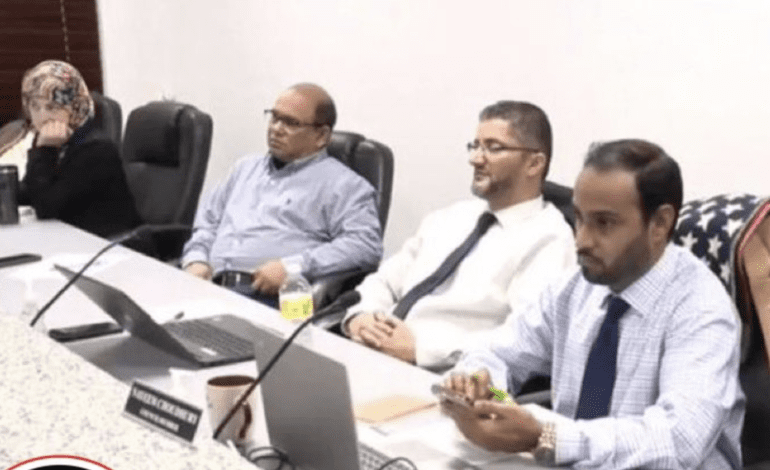 HAMTRAMCK – After months of debate, the City Council didn’t change the rules on practice of animal sacrifice, for religious purposes, in the city.

The decision ultimately came down to a more than 30-year-old U.S. Supreme Court ruling that says cities cannot infringe on religious freedom under the First Amendment.

The act of animal sacrifice is often practiced among Muslims during Eid.

There are two major “Eid” holidays for Muslims. Eid al-Adha, commonly referred to as just “Eid”, is associated with the pilgrimage to Mecca, or Hajj, and commemorates the Prophet Abraham’s willingness to sacrifice his son Ishmael at God’s command. The holiday is celebrated with prayers, small gifts for children, distribution of meat to the needy and social gatherings. Also, the Eid al-Fitr or “feast of fast breaking” holiday at the end of the month-long fasting of Ramadan.

“Our city is dirty enough. We don’t want to make it more dirty,” a Hamtramck resident said during a City Hall meeting.

“Really ridiculous catastrophic resolution,” another one said. “If it’s not passed then we are ready to take it to courts for religious rights because it is constitution.”

There was a crowd outside of the City Council chambers of people watching the decision and filling out cards to speak.

“It’s not safe or sane or humane because basement kitchens and backyards are not suitable places for live animal slaughter,” one resident said.

Many people, including Muslim residents, were against it, citing sanitary concerns if the animals are sacrificed in a home and not in a sterile environment, especially in the tight neighborhoods of Hamtramck.

“I think it’s the best compromise,” Hamtramck Mayor Amer Ghalib said. “We don’t want to restrict religious freedoms and we don’t want to keep it random without regulations.”

Many Muslims pay a butcher to perform the religious sacrifice, but for some families, it’s just not practical.

“A lot of families will typically do it in the confines of their property like in their backyard or their garage and dispose of the animal accordingly,” CAIR Michigan Director of Safe Spaces Nour Ali said.