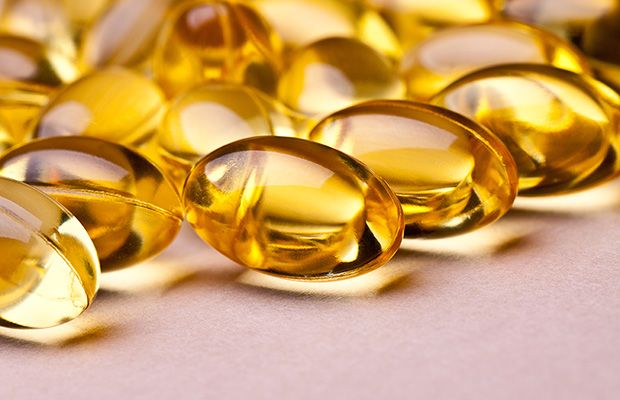 Michiganders are overwhelmingly deficient in vitamin D, according to a comprehensive study carried out by the drug and medication information site, DrugGenius.com. They analyzed Google search trends data over 2022 to identify which supplements people have searched for the most over the year, which revealed some interesting results…

Overall, the most popular supplement to be searched for by Michiganders was vitamin D, with 32 percent searching for the “sunshine” vitamin. This was followed by supplements for vitamin C (27 percent), and vitamin A (18 percent).

It is perhaps not surprising why Michigan and 43 other states searched for vitamin D the most. Supplements for vitamin D became more popular over the pandemic – when people were confined to their homes throughout lockdowns, people were getting less sunlight as a result and therefore began lacking in vitamin D. Known as the “sunshine vitamin”, it is also found in oily fish, egg yolks, cheese and beef liver — it’s a fat-soluble vitamin which helps the body absorb calcium and phosphorus, two elements which are essential for building bones. Studies have also found that Vitamin D is effective in reducing cancer cell growth and helps control infection as well as inflammation in the body. A lack of vitamin D can result in fatigue, bone pain, muscle weakness, muscle aches or muscle cramps.

The study yielded other interesting observations which broadly correlate with public health data:

— Interestingly, five states in America, including California, Florida and Hawaii, bucked the national trend and searched more for vitamin C than vitamin D. Given they receive more sunshine than most other states, residents in these states have less requirements for vitamin D.

— North Dakotans searched for vitamin A more than anywhere else in America. According to data from the Centers for Disease Control and Prevention (CDC), heart disease is a leading cause of death in North Dakota. There is some evidence to suggest that vitamin A may be beneficial for heart health as it may play a role in reducing inflammation in the body. Inflammation has been linked to an increased risk of heart disease and reducing inflammation may help to protect against heart disease. On the other hand, searches for vitamin E supplements were the lowest in Alaska, which also correlates to levels of heart disease in the state. Alaska ranks as one of the most “heart healthy” states in the U.S.

— Vitamin B was most searched in Wyoming (11 percent of their searches). Wyoming has one of the highest rates of depression when compared to all other states. There is some evidence to suggest that vitamin B deficiency may be associated with an increased risk of developing depression. A deficiency in vitamin B can lead to a range of symptoms, including fatigue, weakness and mood changes.

— Vitamin C was most searched in Hawaii (33 percent of their searches) — Hawaii has some of the highest rates of periodontal disease. Vitamin C is a powerful antioxidant that can help to protect the gums and other tissues in the body from damage caused by free radicals. It is also necessary for the production of collagen, a protein that is important for the structure and strength of the gums.

“Vitamins are important to health because they play a vital role in maintaining the normal functioning of the body’s cells, tissues and organs. They are necessary for growth, development and the maintenance of good health,” said a spokesperson for DrugGenius.com.

“There are 13 essential vitamins that the human body needs in order to function properly. These include vitamin A, vitamin C, vitamin D, vitamin E, vitamin K and the B vitamins (thiamin, riboflavin, niacin, pantothenic acid, biotin, vitamin B6, vitamin B12 and folate). Each of these vitamins has specific functions in the body, and a deficiency in any of them can lead to serious health problems.”

Amanda Atwy hired as a prosecutor for the city of Dearborn