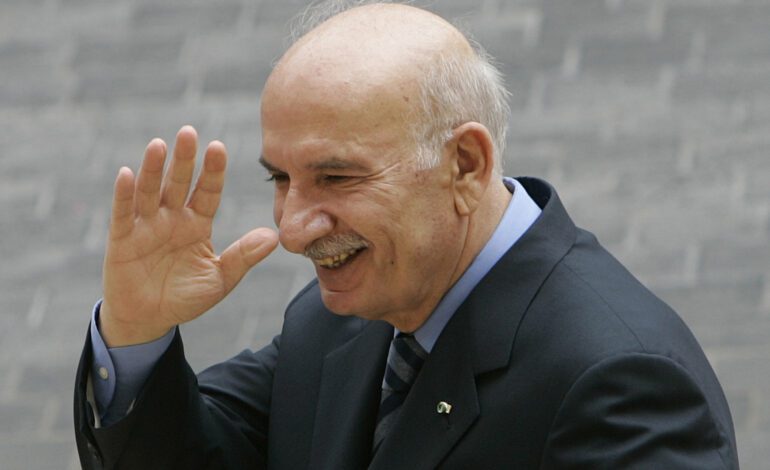 Lebanese Shi’a politician Hussein al-Husseini, a former parliament speaker who was an architect of the peace agreement ending the 1975-90 civil war, died on Wednesday aged 86.

Husseini, speaker from 1984 to 1992, was central in asserting a larger role for a Shi’a community that was largely downtrodden at the time, including by helping to establish the Shi’a Amal Movement in the 1970s alongside Imam Moussa Sadr.

Husseini became Amal leader when Sadr disappeared during a trip to Libya in 1978, never to return. He resigned in 1980 when the leadership passed to Nabih Berri, who has led the movement ever since.

Born in the Bekaa Valley town of Chmistar, Husseini played a major role in the Taif peace agreement brokered in Saudi Arabia in 1989, working alongside Rafik al-Hariri, the former prime minister and Sunni Muslim politician assassinated in 2005.

His involvement led many to declare him the “Godfather of Taif.”

Husseini was succeeded as parliament speaker by Berri, who remains in the post reserved for a Shi’a Muslim under Lebanon’s sectarian political system.

Husseini served as an MP until 2008, when he dramatically quit, declaring the constitution had been violated by a political deal agreed by Lebanese politicians in Doha, Qatar to defuse a crisis that had sparked a brief conflict.

Parties from across the political spectrum mourned his death on Wednesday. Berri said Lebanon had lost a major national figure. Hezbollah, the armed Iran-backed group founded in 1982 that has eclipsed Amal as Lebanon’s most powerful Shi’a faction, also “expressed its sorrow.”

The Lebanese Forces, a Christian faction staunchly opposed to Hezbollah, declared its condolences and said it came as Lebanon is “in dire need of rational people, moderates and statesmen.”

These are the world’s most powerful passports, and the least, to hold in 2023

Israel was never a democracy: So why is the West lamenting end of “liberal” Israel?